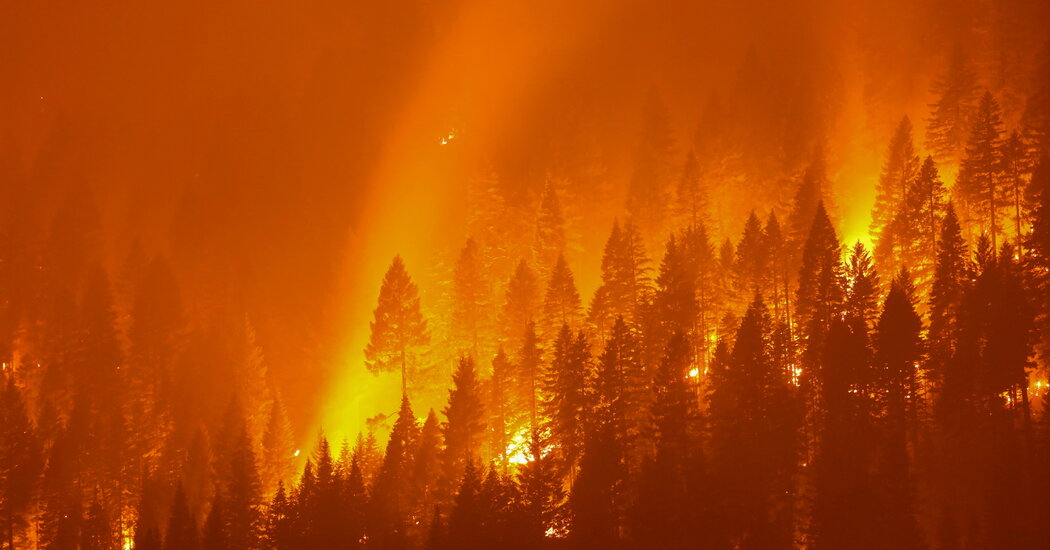 Over the three decades that scientists with the Intergovernmental Panel on Climate Change have been issuing major reports about the state of the climate, they’ve gradually expressed more certainty about what is happening and why.

The latest report by the panel, which is convened by the United Nations, is the most certain yet. The more than 200 scientists involved, who perused thousands of climate studies, dispensed with even the slightest doubt that Earth’s climate is changing and that humans are the cause of it, through emissions of carbon dioxide and other heat-trapping gases.

“Unequivocal” is one of the words they used, as I reported with my colleague Brad Plumer.

With that out of the way, the scientists then delivered some grim news. Humans, they wrote in the report, made public on Monday, have poured so much of these gases into the atmosphere over the last century-plus that no matter what happens now, the world will keep warming until at least until 2050, reaching 1.5 degrees Celsius (2.7 degrees Fahrenheit) of warming, the ambitious limit that was a goal of the 2015 Paris Agreement, well before that, perhaps even by the end of this decade.

The report detailed what that will mean: For the next 30 years or longer, there will be more, hotter heat waves, longer and more intense droughts, and more episodes of heavy downpours that result in flooding.

Grim, indeed. But there was a glimmer of hope in the report as well. The scientists’ analysis showed that if humans make immediate, rapid and widespread cuts in emissions, warming could be limited to 1.5 degrees, with the climate stabilizing after the middle of the century.

Five takeaways: The report, based on the analysis of more than 14,000 studies, is the clearest and most comprehensive summary yet of the physical science of climate change.

For developing countries, ‘It’s like a hammer hitting us’

The United Nations report this week has raised the stakes for the international climate negotiations in Glasgow in November, with countries that are most vulnerable to rising temperatures demanding that the world’s biggest polluting countries immediately start curtailing their emissions.

Representatives of developing countries said that they would put new pressure on rich, industrialized countries, whose emissions have driven the warming in the atmosphere so far, to compensate poor countries for the damages caused. And, given the warming already underway and the extreme weather events that are starkly visible, vulnerable island nations also intend to demand grants and investments to fund relocation efforts, early warning systems and other critical steps nations will need to take to adapt to a changing climate.

Quotable: “What science is now saying is actually happening in front of our eyes,” said a senior Pakistani climate envoy. “It’s like a hammer hitting us on the head every day.”

Hundreds of extra deaths in the June heat wave

By Nadja Popovich and Winston Choi-Schagrin

During the deadly heat wave that blanketed Oregon and Washington in late June, about 600 more people died than would have been typical, a review of mortality data for the week of the crisis shows.

The number is three times as high as the states’ official estimates of heat-related deaths so far. It suggests that the true toll of the heat wave, which affected states and provinces across the Pacific Northwest, may be much larger than previously reported.

This week, the region is once again steeling itself for extreme heat.

The blueprint, which would expand Medicaid, provide free preschool and community college, and fund climate change programs, passed along party lines and faces an arduous path ahead.

Want to eat less meat? If so, you’re not alone. In a recent survey of Times readers, more than half said they wanted to cook with more vegetables. We can help with that: The Times’s newest newsletter, The Veggie, will offer tips for how to build out a vegetarian pantry. And, of course, it’ll have recipes every week. It’s free and you can sign up here.

The push to phase out gas cars

President Biden has announced a multistep strategy aimed at rapidly shifting Americans from gasoline-powered cars and trucks toward electric vehicles — a central part of his plan to reduce the pollution that is heating the planet.

Biden is first restoring and slightly strengthening auto mileage standards to the levels that existed under President Barack Obama but were weakened during the Trump administration. The administration next plans to draft even more stringent pollution rules for both passenger vehicles and heavy-duty trucks, which are designed to compel automakers to ramp up sales of electric vehicles.

The numbers: The White House estimates the regulations would cut two billion tons of carbon dioxide, about one-third of the total annual carbon dioxide pollution produced by the United States, and prevent the burning of about 200 billion gallons of gasoline over the lifetime of the cars covered by the rules.

By Ivan Penn and Niraj Chokshi

Why aren’t more people already driving electric cars? There are several reasons, but one of the big ones is the price tag. They cost a lot more than gasoline vehicles.

But that’s not the whole story. There are government incentives in place to help E.V. buyers. Those programs, however, heavily favor the affluent over average families.

The incentives are, in effect, “subsidizing my luxury,” said one buyer. You can read the full article here.

The photo that has come to define Turkey’s wildfires | Turkey