No one gets into politics to be in opposition for ever, especially people in a hurry. And the Greens have every reason to hurry. We believe other parties have neither the ideas nor the resolve to handle the interlocking crises we face. Crucially, we understand that – as the environmentalist Bill McKibben once said – “winning slowly is the same as losing”.

The impacts of the climate emergency that we feared might occur in the second half of this century are happening now. But the other parties are still only prepared to tinker around the edges of what is needed. The British government’s policies on the climate emergency and the biodiversity crisis fall far short of what’s needed to avert environmental breakdown or mass extinction.

As the leadership of both the Conservatives and Labour drift rightwards, the two parties are moving further and further away from delivering the radical shifts in power and wealth this country needs. It’s not enough for Greens to have bold ideas, though. To deliver them, we have to be in power. A proposal of exactly that sort will be voted on by the membership of our Scottish sister party this Saturday.

Over the summer the Greens at Holyrood have been working doggedly to find common ground with the SNP minority government. The outcome of this process was published on Friday and would represent the most radical change any government in the UK has proposed since the 1945 Labour manifesto.

Both parties have had to compromise, of course, but in many areas these proposals are unmistakably green. On transport, 10% of the entire budget would be devoted to promoting walking and cycling, up from less than 4%. There would be £5bn of new money made available to decarbonise and extend Scotland’s railway network. The north-east of Scotland might even see a new mass rapid transit network.

A new target would double onshore wind capacity, alongside a £500m “just transition” fund to support communities and workers currently dependent on North Sea oil and gas in the move to a net zero economy. This would support green job creation and help oil workers retrain and find well-paid and secure work in low-carbon industries. The SNP isn’t yet prepared to say it opposes new fossil fuels outright, but the first minister’s tone is clearly changing here too.

Another element I’m very pleased to see is around tenants’ rights. The Greens would be in a position to deliver not just greater protections from eviction, but also rent controls and the right to keep pets in rental accommodation and to decorate your home.

Over the 11 years I worked as an MEP, I was part of an umbrella group that included not only fellow Greens from across Europe, but also SNP and Plaid Cymru MEPs. I have seen the areas where we share a common outlook, such as welcoming refugees and championing the case against Brexit. I have also seen where some of our policies have diverged – on energy, fisheries and the natural environment.

The SNP has a strong historical association with fossil fuels, ever since its first surge in the 1970s where the assertion that “it’s Scotland’s oil” helped it break through into Westminster. It seems unlikely it would move away from this position on its own.

But with the Scottish Greens in government, this could become a real possibility. If the membership approves this agreement, Green ministers in Scotland will have some incredibly tough work to do. They will have to manage their relationship with the SNP constructively while defending their unique identity and implementing the deal as ambitiously as possible. But if they succeed, they will have an armful of change to show the electorate.

When Robin Harper was elected as a Green MSP to the first Scottish parliament in May 1999, it gave people in England the hope and confidence that it was possible to elect a Green party representative there too. My election to the European parliament, along with Jean Lambert, followed a month later. In the same way, I’m hoping the UK will watch as Green ministers set an example in Scotland and make policy that works for the planet.

This deal could be the first of many, not just in Holyrood but also in Westminster, in the Senedd and at Stormont. There has never been a greater or more urgent need to put the Greens in power.

‘It has become them and us’: the battle to burn England’s moorlands | Life and style 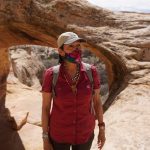