In April, at the opening of the White House Climate Summit, President Biden announced the United States Nationally Determined Contribution (NDC) for the period up to 2030, encompassing a target of greenhouse gas reductions 50-52% below 2005 levels. The US Greenhouse Gas inventory is available on the US EPA website and is summarised in the table below.

The goal that President Biden put forward is aligned with a strategy that is designed to achieve a goal of net-zero emissions for the US in 2050. Recently, the Shell Scenario team released a US Sketch outlining one possible pathway to such an outcome. The Sketch is illustrated below (N.B. 2020 figures are a pre-pandemic view of US emissions which the US is approaching again as the recovery gains momentum).

The Sketch provides the opportunity to look at the nature of the transition required in the 2020s for the NDC. The Sketch energy system emissions in 2030 are 3440 Mt against a 2005 baseline of 6030 Mt (small differences in baselines result from different categorizations of emissions), or a reduction of 43%. While this isn’t exactly aligned with the NDC, it could be in that the NDC makes specific reference to a major expansion of sink capacity through enhanced soil carbon uptake in the agricultural sector.

Key elements of the journey to 2030 outlined for the US in the Sketch are as follows;

While the Sketch does not require nature based solutions (NBS) for the US energy system to reach net-zero emissions by 2050, natural carbon sinks do provide an additional lever to support the transition and the NDC also discusses this aspect of emissions mitigation. In the US, national forests cover 193 million acres, an area larger than Texas. Apart from their significant bioenergy potential, forests act as natural carbon sinks. The US could reduce CO2 emissions by up to 300 million tons a year by 2050 through afforestation – the planting of new trees where there were none before. While new forests represent significant additional sinks, there is also potential to expand areas such as wetlands and mangrove swamps, and perhaps most importantly to encourage farmers to adopt practices that enhance soil carbon. The US NDC references this opportunity.

The rates of change outlined above are substantial, with year-on-year growth rates for several new energy technologies of 20-50%, depending on the sector. While growth at this level can be sustained when a sector is very small and this has been observed for renewable energy deployment, it becomes increasingly difficult as the sector grows and absolute levels of deployment become very large. Many of the sectors mentioned will face this issue during the 2020s. Nevertheless, the Sketch was designed to show what is possible given the right policy levers for innovation and deployment, sufficient and targeted financing and overall transition design. 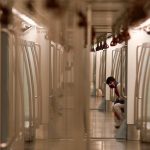 Wines for a warming world | Wine 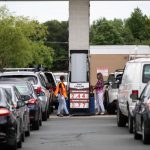