Environment groups and the Greens have questioned the appointment of former Origin Energy chief Grant King as the new chairman of the Climate Change Authority, while former members of the authority have described it as a “win” for the fossil fuel industry.

The energy and emissions reduction minister, Angus Taylor, announced King’s appointment on Friday, along with Susie Smith, the chief executive of the Australian Industry Greenhouse Network, and John McGee, the former managing director of the Bank of New York Australia, as fellow members.

Taylor said the authority would be expected to provide “robust” advice to government on emissions reduction policy.

He said King, also a former president of the Business Council of Australia, had already made a significant contribution to emissions reduction policy development as a member of the government’s technology investment roadmap advisory council and as the chair of a review that was charged with examining ways to cheaply cut emissions.

But Clive Hamilton, a former authority board member, said the announcement was a win for the fossil fuel industry at a time when governments around the world were becoming more ambitious about cutting greenhouse gases.

“It’s fascinating that the Morrison government should attempt to disinter the Climate Change Authority – which has been a zombie organisation for several years – but it’s brought it back to oversee its retro greenhouse gas policy,” he said.

“I don’t think it will have any credibility at all other than with the crypto deniers within the government.”

Economist John Quiggin, another former member of the authority, said the appointments were “disappointing but unsurprising”.

He claimed that after trying but failing to abolish the authority when Tony Abbott was prime minister, the government had effectively achieved its goal by “appointing representatives of the leading opponents of effective climate action”.

“With this leadership, the [authority] seems sure to pursue the discredited technology of carbon capture and storage, as well as the government’s unsustainable gas-based strategy,” Quiggin said.

The Climate Change Authority was created under the Gillard government as part of a deal with the Greens and country independents on climate policy. Its role is to give science-based advice on emissions policy.

The Greens leader, Adam Bandt, said the government was making another attack on the authority’s independence by “appointing as its new chair someone who tried to tear down the package of legislation that set it up in the first place”.

“When the Greens and Labor set up the Climate Change Authority, Grant King was on the front lines pushing to tear down our world-leading climate package,” he said.

King has championed the expansion of Australia’s LNG industry, while the Australian Industry Greenhouse Network has been labelled the “greenhouse mafia” for its lobbying efforts for the fossil fuel industry.

“The Australian Industry Greenhouse Network has been an opponent of climate policy for 30 years,” said Dan Gocher, the director of climate and energy at the Australasian Centre for Corporate Responsibility.

“It’s another in the long list of appointments by the government that is in opposition to climate ambition.”

Gavan McFadzean, the climate program manager at the Australian Conservation Foundation, said King had been “completely attached to the idea of a gas led recovery, now widely recognised as a bad choice when it comes to pollution, jobs and tax revenue”.

Emma Herd, the chief executive of the Investor Group on Climate Change, said dedicated climate change advisory bodies had been critical to helping other countries navigate and accelerate decarbonisation.

She hoped Australia’s could do the same, provided it had adequate resourcing, independence and respect from government.

“The United States is set to announce a new 2030 emissions reduction target, other countries including Japan are vowing to strengthen theirs, and the Paris agreement has obligations for all parties including Australia to review and ratchet ambition,” Herd said.

“Given this, it may be an opportune time for the authority to again review the ambition of Australia’s emissions reduction target for 2030 compared to what would be a fair and science-based contribution from our country to achieving the global Paris goals.” 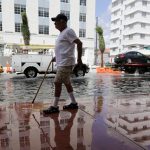 Miami Says It Can Adapt to Rising Seas. Not Everyone Is Convinced. 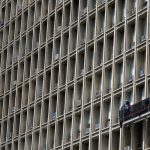