It won’t be enough. It can’t be. From here, even an astonishing pace of decarbonisation will still deliver us a warmer world than we have today, full of more eye-opening extremes and more deeply disruptive disasters of the kind, we are learning this summer, that even the wealthiest and most climate-conscious countries are unprepared for. No one is.

That is what Sadiq Khan, London’s mayor, meant when he wrote, with the capital inundated, that the city was now on the frontline of the climate emergency and it is the central lesson of the Met Office’s annual report on the state of the UK climate, which found that mild British weather was already a relic of a bygone era. The Climate Crisis Advisory Group, led by Sir David King, recently declared that greenhouse gas levels were already so high that they foreclosed a “manageable future for humanity”. “Nowhere is safe,” King said, provoking a host of headlines.

The headlines are right, of course, but in their appeals to the local narcissism of climate panic, they also elide the gaping differences in the capacities of the countries of the world to respond to what is coming. Which is why perhaps the most harrowing of this summer’s extreme weather events, even more than the model-breaking Pacific heat dome, was the devastating flooding in Henan province, China, where rapid recent infrastructure expansion has inspired bitter envy across the western world.

At the last count, 99 people died in the flooding, not to mention millions of chickens and other livestock. In Henan, all told, 2.59m acres of crops were damaged. The cost of the disaster, according to still-growing estimates, was more than $14bn (£10.7bn), of which only a small fraction would be covered by insurance. In Henan’s capital, Zhengzhou, subway passengers went to work waist-deep in water, producing photographs and videos that put the images from London into context. All these disasters are less punishing and destructive than they might have been several generations ago, but they show that, for all the progress made, even the world’s vanguard infrastructure – the built kind, the natural kind and the human kind – is failing the test of even today’s climate, which is the mildest and most benign we will ever see again.

Already, the planet is hotter – at just 1.2C or 1.3C of warming on preindustrial levels – than it has ever been in the long stretch of human civilisation. As a species, everything we have ever known – our histories, our agriculture, our cultures, our politics, our geopolitics – is the result of climate conditions that we have already left behind. It is as if we have landed on a different planet, with a different climate, and are now trying to determine what aspects of the civilisations we’ve brought with us can survive and what will have to be reshaped or discarded.

The word for this in the climate vernacular is “adaptation” and it has been, for a few decades, a dirty one, seen as an alternative to rapid decarbonisation rather than its necessary, humanitarian partner. The project to protect the people of the world from the impacts of even a more stable climate may prove larger, in the end, than the project of stabilising it, which has so preoccupied us for decades.

Unfortunately, to this point, while mortality from natural disaster has fallen dramatically over the past 100 years, the returns on engineered adaptations to climate impacts, in particular, have been maddeningly spotty. Advocates point to awe-inspiring flood-management systems in the Netherlands, but the $14bn levees built in New Orleans since Hurricane Katrina in 2005 don’t protect against category-five hurricanes today. The challenges will grow, in some cases exponentially, but the blueprint of adaptation is there for all to see, a photo-negative of all of the impacts that scientists have told us to expect even within the next few decades: heat stress and sea-level rise, wildfires and river flooding, agricultural decline, economic stagnation, migration crises, conflict and state collapse.

In a certain way, a response to sea-level rise is the easiest to envisage. Its most dramatic impacts arrive slowly, over centuries, giving generations time to adjust. However, the adjustment will have to be very large indeed. Perhaps half the world’s coastline will have to be eventually abandoned, the other half protected by defensive infrastructure of a scale straight out of Cyberpunk, although “natural” responses such as restored wetlands and mangrove forests can also play a role. Such places as Bangladesh or Myanmar, barring meaningful climate reparations, will probably focus on flood-alarm systems, concrete bunkers and a goal of “managed retreat”.

Declines in deaths during heatwaves in parts of Europe have shown that there are some possible responses to that problem. They include more widespread air- conditioning and public cooling centres; better public communication and water-drinking campaigns; and reworking the elements of urban infrastructure, such as asphalt and black roofs, which amplify dangerous temperatures.

Farmlands can’t be moved all that much, but crops can be genetically edited to thrive in the new world

Whether these measures will work as well in much poorer parts of the world, once extreme heat is daily rather than seasonal, remains to be seen. Farmlands can’t be moved all that much, but crops can be genetically edited to thrive in the new world, with aversions to GM foods becoming either a residue of an earlier era of relative abundance or a luxury of the affluent or both.

In theory, the fossil-fuel business could be functionally replaced by negative-emissions plantations, both industrial and “natural”, undoing the whole work of industrialisation by recapturing carbon from the sky. But this is not work that can be done out of sight or out of mind. Planting forests at a scale large enough to meaningfully alter the planet’s carbon trajectory, for instance, could raise food prices by 80%. Reforestation might require, according to one recent review, a land area between five and 15 times the size of Texas. Even in the most optimistic scenario, billions of tons of carbon would have to be removed from the air every year and stored somewhere – and less optimistic scenarios will require even more.

The world’s vanguard infrastructure is failing in today’s climate, which is the most benign we will ever see again

These measures aren’t trivial and they aren’t a way to avoid hard choices. They are a last-resort attempt to square the punishing climate we are making with one that we may feel comfortable living in. This is the face of the new world. Or it will be, if we’re lucky, committing ourselves as much to world-building as world-saving. 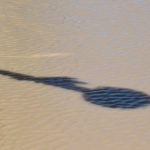