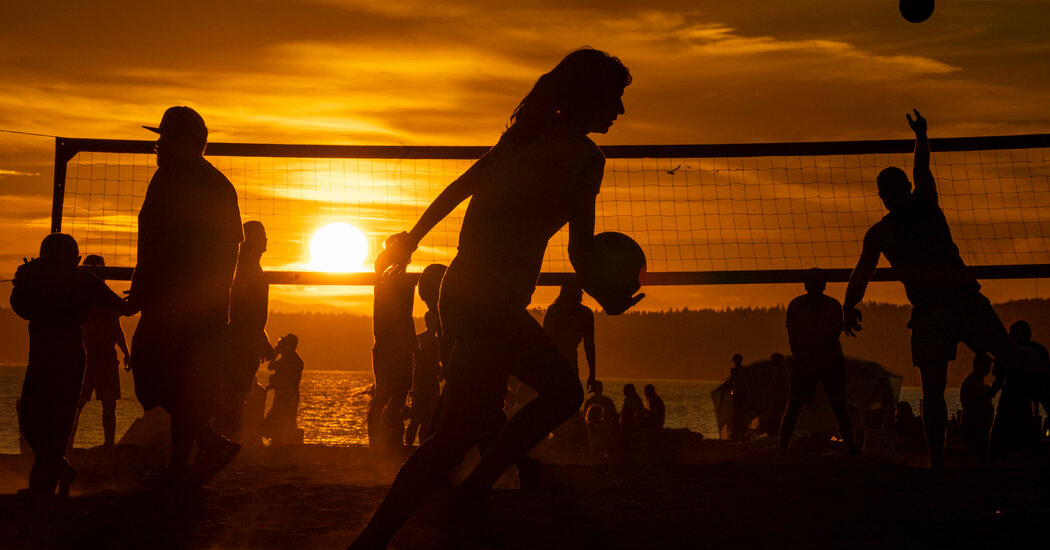 SEATTLE — For two decades, Becky Lichenstein embraced a custom of the Seattle area: doing without air-conditioning. With a thrifty populace living in such a temperate climate, box fans rigged to blow over ice and nighttime breezes off Puget Sound were enough to keep the peak of summer at bay.

But summers in the Pacific Northwest aren’t what they once were. With more regular bouts of soaring temperatures, Ms. Lichenstein a few years ago surrendered and bought a portable air-conditioning unit. This year, considering a changing climate and how it’s hitting home, she decided to turn to a more powerful solution — a permanent system installed just this week.

“I’m very grateful that I’m getting it done,” said Ms. Lichenstein, as workers finalized the installation at her split-level home in Tacoma, south of Seattle. “But there’s this level of sadness — almost like an era is gone and we are entering a new era.”

The timing couldn’t be better for Ms. Lichenstein, as the Northwest is set to experience a record-breaking heat wave this weekend that has placed more than 13 million people under excessive heat alerts. Portland, Ore., another city where many people live without air-conditioning, could reach 109 degrees, which would be a record. Inland areas such as Spokane could also set new highs.

Seattle, where official weather stations in the past century have recorded only three days that have exceeded 100 degrees, could potentially record three more by early next week.

The National Weather Service is predicting a full week with daytime highs in Seattle reaching at least the high 80s. The city will flirt with the 100-degree mark on Saturday and Sunday, almost surely setting record highs for the month of June, and then potentially setting a new all-time high of 104 degrees on Monday.

As the adage in Seattle goes, summer in the city doesn’t start until July 5, when the winter season’s cruel and persistent gloom would fully give way to long streaks of mid-70s sunshine. The saying harked back to an era when there was little talk of air-conditioning, save for the rare day when the weather might poke up into the 90s — an occurrence uncommon enough that Seattle’s residents could navigate it just fine by shutting blinds during the day and throwing windows open at sundown.

Or, at least, that was the bargain with Mother Nature. In recent years, amid a warming climate, Seattle’s weather patterns have plotted a marked shift pointing to a dire future. Wildfire smoke has choked many summer skies. The average number of days rising to 90 degrees has nearly doubled.

As a result, like many parts of the country where air-conditioning was once considered an afterthought or a luxury, the region’s relationship with air-conditioning has started to change. In 2013, just 31 percent of households in the Seattle metro area had some sort of air-conditioning, according to data in the federal government’s American Housing Survey. Just six years later, that had risen to 44 percent, accounting for hundreds of thousands of new units.

Jamey Stephens, a general manager at Evergreen Home Heating and Energy in Seattle, said the busiest season for the company, which was founded in 1975, used to be when homeowners scrambled for heating units to prepare for winter. In recent years, the company’s summer schedule has become packed with technicians scurrying across the city, retrofitting the region’s old homes with air-conditioning units.

“It has been an explosion of people interested in getting air-conditioning,” Mr. Stephens said.

This week, residents have frantically been calling around looking for possible solutions to keep cool this weekend, but Mr. Stephens said his company was now booked until August. Home improvement stores have been cleaned out of smaller air-conditioning units.

Even with the surge in new air-conditioners, the Seattle metro in 2019 still had the lowest rate among metros tracked in the American Housing Survey, ahead of San Francisco, where 47 percent reported having units. In Portland, 79 percent had air-conditioning. Other large cities where 90-degree temperatures are more common, such as Houston, had air-conditioning in more than 99 percent of households.

The Seattle data shows how lower-income communities are more at risk of the climate shifts. More than half of households with an income over $120,000 have air-conditioning. Among households that earn $50,000 or less, that number is about 34 percent.

Adding to the concern this week is that the libraries and senior centers that have historically served as air-conditioned cooling centers for vulnerable people to gather during heat waves aren’t fully operational due to the pandemic. Some remain closed. Others have limited capacity. Officials have recommended visiting shopping centers as an alternative.

Heat already kills more people in the United States than all other types of severe-weather events, such as hurricanes or tornadoes.

Nick Bond, the Washington State Climatologist, said he also watched the nighttime low temperatures, which have tracked a notable rise in recent years. That, he said, is an even clearer marker of climate change, and it is another local record that could fall this weekend.

While the Seattle area previously recorded only about three days a year that went above 90 degrees, the past decade has seen that rise to about six. Mr. Bond said rough climate projections suggested that could reach an average of about a dozen in the next two decades.

“There is an inexorable trend upward,” he said.

In a heat event like this week, Mr. Bond said he worried about outdoor workers and vulnerable people indoors. When a 2009 heat event in the Seattle area set a record of 103 degrees, two deaths in Western Washington were attributed to the heat.

But he has continued to stick with a no air-conditioning life, planning this weekend to rig a sleeping arrangement in his basement to ride out the heat. He feels that nagging Seattle sentiment that people can get by without air-conditioning. But, he said, there may come a day when his gas furnace is replaced with a heat pump that can be environmentally friendly while cooling the home.

“That’s kind of in the back of the mind that eventually we may be making that conversion,” Mr. Bond said.

Oliver Lockwood, 35, who has lived almost his whole life in Seattle, began making that conversion this week. He had grown up with the sentiment that air-conditioning wasn’t necessary — “that it was for weaklings, for anyone who couldn’t deal.”

But last year, after seeing how wildfire smoke caked to an air filter at their home, he and his wife decided a new era called for a rethinking of how to keep healthy. He said it seemed inevitable, with the changing climate and projections for the future, that air-conditioning was going to become close to a requirement for life in Seattle. 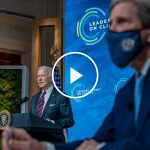