A record 29 million people will need humanitarian assistance in the Sahel and the Lake Chad basin in 2021 amid a deepening crisis, a report by the UN office for humanitarian affairs (Unocha) has estimated.

Almost one in four people in the border areas of Burkina Faso, northern Cameroon, Chad, Mali, Niger and north-east Nigeria are expected to need aid in 2021, 5 million more than a year ago, and a 52% rise on 2019.

“In conflict-affected regions, civilians are facing an ever-increasing dramatic protection crisis. Millions of people had to flee their homes. Insecurity and violence are threatening lives and livelihoods, increasing human rights violations, and jeopardising social cohesion,” said the Unocha report, published on Monday.

“Women and girls are at heightened risk of sexual and gender-based violence. Insecurity is also constraining humanitarian access, leaving communities without essential assistance, and exposing aid workers to increased risks.”

Almost 14 million people in the Sahel will face food insecurity in 2021, a 76% increase in the past two years. An estimated 1.6 million children will suffer from severe acute malnutrition.

The region has about 5.3 internally displaced people, 61% more than in 2019. Over the past two years, more than 1 million people have been uprooted in Burkina Faso, which faces the fastest-growing displacement crisis in the world.

In October, Mark Lowcock, the UN’s top humanitarian official, warned that the Sahel region was at the centre of accelerating climate change and “a canary in the coalmine of our warming planet”.

The past five years have seen more violence in the region, which is expanding to new areas. Violent attacks have risen eightfold in central Sahel and tripled in the Lake Chad basin since 2015.

The report said the crisis risked more child marriage, already high in the region. “In Burkina Faso, Chad, Mali and Niger, between half and three-quarters of children are married and one adolescent girl out of two is giving birth before the age of 18,” it said.

Hassane Hamadou, Mali country director for the Norwegian Refugee Council, said humanitarian work in the region “is increasingly challenged” by rising insecurity and a lack of distinction between military and aid work.

A third of aid worker abductions in 2020 took place in Mali, Niger and Burkina Faso.

Despite increasing need, less than one-tenth of the $3.7bn (£2.7bn) required to respond to the Sahel crisis was received by the end of April.

Racked with guilt and grief and climate despair – how do we go on!? | First Dog on the Moon 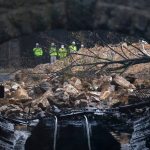 Why is the Science Museum still being contaminated by Shell’s dirty money? | Climate change