In my last post I discussed the recent IEA 1.5°C Scenario that sets out what is required to reach net-zero emissions by 2050 and manage the transition within a carbon budget of 500 Gt CO2. The IEA have shown that while this is a relatively straightforward calculation to do (and last year I presented a similar one), the resulting energy transition pathway is extraordinarily difficult to imagine, let alone achieve. While such a pathway might be technically possible, is it actually plausible? Is society socially ready to embark on such a journey and inflict such large scale change upon itself?

A new report coordinated through the University of Hamburg’s Center for Earth System Research and Sustainability (CEN) in close collaboration with multiple partner institutions and funded by the Deutsche Forschungsgemeinschaft (DFG) attempts to answer the question of plausibility. In the annual Hamburg Climate Futures Outlook, researchers make the first systematic attempt to assess which climate futures are plausible, by combining multidisciplinary assessments of plausibility. The inaugural 2021 Hamburg Climate Futures Outlook addresses the question: Is it plausible that the world will reach deep decarbonization by 2050? The authors discuss the outcome in their own blog post, found here.

The methodology employed isn’t a direct technical analysis of the pathway steps, but rather an assessment of a number of social drivers that would be required to underpin such a transition. The authors conclude that deep decarbonisation by 2050 isn’t currently plausible, meaning that warming will exceed 1.5°C. None of the drivers show enough momentum to bring about deep decarbonisation by 2050 and they find that some drivers are currently inhibiting progress.

The authors combined their assessment of social plausibility with the latest set of socioeconomic future emissions scenarios (SSPs) and the latest physical science research on climate sensitivity to show that warming lower than 1.7°C and higher than 4.9°C by the end of the century as currently not plausible. The lower figure of 1.7°C relative to pre-industrial levels corresponds to the lower bound of the 90% uncertainty range in a low emissions IPCC scenario (SSP1-2.6) and  the higher figure of 4.9°C corresponds to the upper bound of the 90% uncertainty range of a higher emissions IPCC scenario (SSP3).

Reframing this around central estimates for the scenarios gives a plausible range of 1.8°C to 3.8°C for warming by the end of the century. The original Shell Sky 2018 scenario also had a central estimate of about 1.8°C.

While the lower end of the range was analysed by the Hamburg team in terms of social plausibility, the upper end was not (see chart below); presumably that is a task still to be done.

However, the upper end of the range has been the subject of social plausibility analysis in a recent paper released by the MIT Joint Program on the Science and Policy of Global Change and discussed in this blog. That analysis was led by MIT, with me and my colleague Martin Haigh as contributing authors. A scenario called Growing Pressures was developed to illustrate how and why there is now an inevitable trend towards near zero emissions, catalysed by the physical reality of a rising average surface temperature. Near (net) zero emissions means that warming will stop and the temperature will plateau, but only a rapid shift to near (net) zero emissions will deliver the 1.5°C. The question the analysis sought to answer was what the highest plausible warming outcome might be given that an energy transition is clearly underway and there is real concern growing across society around the issue of climate change.

While political trends, such as populism or leaning to the left or right, tend to come and go over time and social norms shift around as the decades pass, the temperature trend is essentially a monotonic increasing function. As such, the influence it has on our consciousness will only grow over time.  The cascade can be simplified as follows;

While each of these will undoubtedly vary over time, their ongoing combined effect gives rise to a scenario of continuous change and transition. The central estimate temperature outcome for Growing Pressures is 2.7°C in 2100 leading to a 2.8°C plateau in 2150, well below the 3.8°C central estimate upper threshold discussed above.

Combining the findings of the these two separate analyses indicates that at the current stage of the energy transition, the warming outcome is now range bound between 1.8°C and 2.7°C in 2100, based on central estimates. That range is partly dictated by the development and availability of energy technologies, but is perhaps overwhelmingly driven by social plausibility, as discussed by the Hamburg team and in the MIT report.

The range may well narrow as time goes by. In the short term, if emissions don’t fall quickly, society will rapidly consume the available carbon budget for 1.5°C and then upwards. As was shown in the IPCC 2018 Special Report on 1.5°C (SR15) report and again by the IEA in their own NZE2050 scenario, that budget is less than 500 Gt CO2 for 1.5°C of warming and is currently being consumed at the rate of over a gigaton every ten days (41 Gt per year). However, as the temperature rises and it becomes apparent to society critical thresholds are being passed, that in turn increases the drivers in the Growing Pressures scenario, as well as opening the social plausibility for nearer term reductions. Under such circumstances, repeating the two analyses in 2030 could well see a much narrower range, perhaps 2.0°C to 2.5°C.

None of the above is meant to argue that such a range is a good thing; the IPCC made it plain in their SR15 that we need to stay as close to 1.5°C as possible. However, the analyses are nevertheless important as they act as a signpost to help guide us forwards and they demonstrate that the energy transition is having an impact.

You can read the MIT report here. 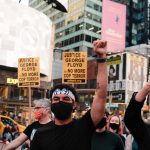