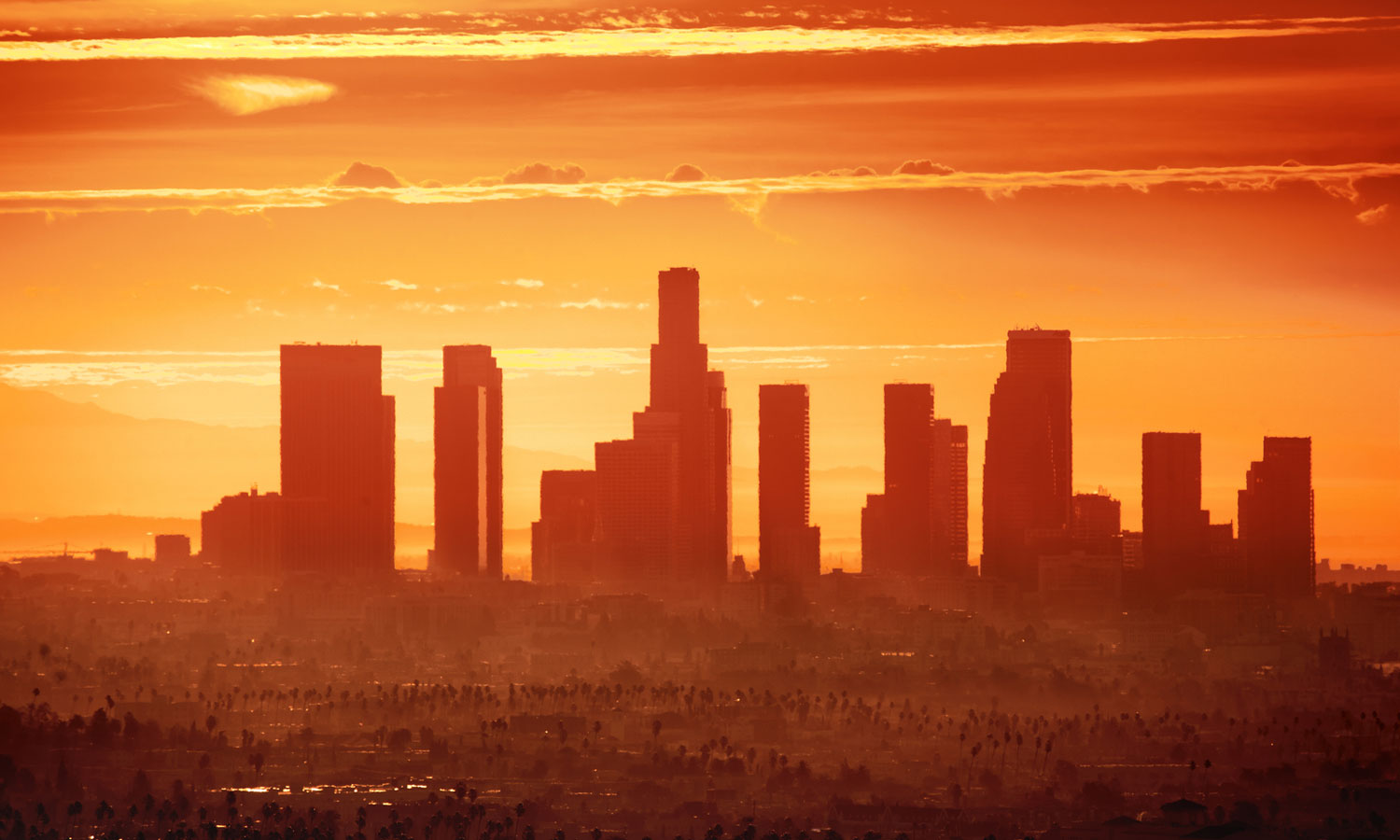 What a difference an election makes. Thanks to the Biden-Harris victory in November, the next administration is poised to make a 180-degree turn to again address the climate crisis.

President Trump famously called climate change a “hoax,” appointed fossil fuel industry lobbyists to key positions in his administration, rolled back the Obama-era rule that would have curbed power plant carbon emissions, and weakened Obama-era limits on vehicle carbon emissions. Just a day after last fall’s election, he pulled the United States out of the international Paris climate agreement.

By contrast, President-elect Biden has endorsed a $2 trillion climate plan, and pledged to issue at least 10 executive orders to protect the climate and rejoin the Paris climate accord on Day One of his administration. He also has appointed an impressive and diverse climate change team to take key administration positions, including New Mexico Rep. Deb Haaland, who co-sponsored the Green New Deal, to run the Interior Department; North Carolina Department of Environmental Quality head Michael Regan to lead the Environmental Protection Agency; former Environmental Protection Agency chief Gina McCarthy as national climate advisor; and former Secretary of State John Kerry, who helped negotiate the Paris climate agreement, to serve as his international climate envoy.

That’s a welcome relief, because the world is running out of time. In 2020 alone, wildfires burned millions of acres in Australia and California to a crisp; heat waves scorched Europe, Asia and the Arctic; floods inundated the U.S. Midwest as well as nations in Africa and Asia; and a record-breaking Atlantic hurricane season battered the coasts of Central America, Caribbean islands and the United States.

But for all the promises President-elect Biden has made, some nagging questions remain: Given the constraints of a closely divided Congress, how much will the Biden administration truly be able to accomplish? And even with the United States rejoining the Paris accord, will countries live up to its promise to keep the Earth’s temperature in check?

For some answers, I turned to Climate and Energy Program Policy Director Rachel Cleetus, who I last interviewed in May about what a post-pandemic economy should look like. The questions I posed to her this time around are a logical extension of the conversation we had then.

EN: Before we dig into what we can expect from the incoming Biden administration, let’s talk about what Congress included in the pandemic relief package it passed just before Christmas. I don’t know about you, but I was pleasantly surprised to learn that it included some good climate-related provisions. Does this suggest that the next Congress will take climate change seriously?

RC: The omnibus pandemic relief bill Congress just passed was long overdue and desperately needed, given the fact that millions of people are in increasingly dire economic straits. It also included a provision to dramatically reduce the use of hydrofluorocarbons (HFCs), extremely potent heat-trapping gases used in air conditioners and refrigerators; an extension of renewable electricity production and investment tax credits, which will help boost clean energy and create jobs; support for energy storage technology research and development; and increased funding for ARPA-E, the Department of Energy’s technology innovation program. The bill also included a one-year extension of the Black Lung Disability Trust Fund, a welcome but inadequate provision as black lung disease hits record levels in coal country.

The National Defense Authorization Act, which Congress just passed with an overwhelming bipartisan override of President Trump’s veto, also includes provisions recognizing the impact of climate change on the military and the need to invest in resilience measures.

These provisions demonstrate that Congress can act in a bipartisan manner on clean energy and climate change issues. But much more will be needed in the months and years ahead to make steep cuts in global warming emissions and achieve comprehensive, bold and just climate policies that benefit everyone. Congress has yet to demonstrate the will to act commensurately with the scale of the challenges we face, which is why we will need to continue to pressure policymakers to do the right thing after the new Congress and administration take office.

EN: Notwithstanding the fact that leading Republicans supported the climate-related elements of the pandemic relief package, how much will the incoming Biden administration have to rely on executive orders to advance initiatives to combat climate change? After all, the oil and gas industry still has a great deal of influence over Congress.

RC: President Biden should send a clear and strong signal, early on, that he is committed to using his full powers to advance climate action through executive authorities and regulations. Here are some of the most important actions on climate that he should take, many of which could be done within the first 100 days and some which should happen via a Day One executive order on climate change:

As you note, opposition from the fossil fuel companies is not going away any time soon. They may continue to try to slow down or stop climate action, or at best support incremental policy changes that preserve their profits—even as they claim to endorse the Paris agreement’s net-zero goal.

UCS and its coalition partners will continue to engage in sharp and strategic corporate campaigns to expose their disingenuous actions, curtail their Wall Street financing, and prod them to align their business models with what the science demonstrates is necessary. We will continue to push for companies to disclose their climate risks, and for financial regulators to require this. And we support the rights of affected parties to seek legal accountability for climate damages caused by fossil fuel companies.

EN: OK. So what can a narrowly divided Congress accomplish?

RC: Congress also will have to step up to play its part. We are coming off a year of record-breaking climate related disasters—including wildfires, hurricanes, floods, and heatwaves—which intersected cruelly with the coronavirus pandemic and the resulting ongoing economic crisis. People across the country need Congress to do its job. Securing robust, comprehensive, durable climate and clean energy policy will require legislation.

President Biden should immediately begin working with the new Congress to advance a suite of policies that ramp up clean energy, drive down carbon emissions economywide, and build climate resilience, while also addressing longstanding environmental injustices that have disproportionately affected low-income communities and communities of color and ensuring a fair transition for coal communities. Breaking through the long-standing political logjam won’t be easy, but the needs are urgent and the economic, health and climate benefits of a low-carbon climate-resilient economy are clear.

Many of these policy priorities were highlighted in the Biden-Harris campaign platform. The incoming administration must do all it can to prod Congress to pass legislation addressing them. Here’s just a partial list of what we need:

Environmental justice. Congress should strengthen public health safeguards, tighten enforcement, and invest in cleaning up the cumulative toxic burden of pollution in fence-line and frontline communities, which are disproportionately low-income communities and communities of color.

Recognition of climate change’s financial and economic risks. Congress should pass legislation to ensure that financial regulators require corporations to disclose their climate risk to ensure they—and the market more broadly—are appropriately accounting for such risks and taking steps to mitigate it.

Guaranteed community access to the courts. As a mounting number of cities, counties and states seek to hold fossil fuel companies accountable for climate damages and fraud, here’s one thing Congress should not do: pass laws attempting to limit or eliminate communities’ access to the courts to seek redress.

EN: President-elect Biden recently proclaimed that he will “put America back in the business of leading the world on climate change.” What should that mean in concrete terms? As the country responsible for the largest share of cumulative carbon emissions to date, what does the United States have to do regain international respect and provide leadership?

RC: To be perfectly frank, the Biden administration will have to do a lot more than trot out tired rhetoric about US leadership on climate action.

What the country and the rest of the world need is for the United States to take its place at the table, alongside and in cooperation with nations large and small, and do its part responsibly, fairly and consistently. The Biden administration and Congress need to enact strong national climate policies and make an ambitious, credible emissions reduction commitment ahead of the next international climate talks. They also must commit to scaled-up climate finance for developing countries. Finally, they have to work together with states, cities, tribal governments, businesses, and local stakeholders, many of whom have contributed to significant climate progress despite the absence of national leadership in the last four years. It’s time—well past time, actually—for meaningful federal action. 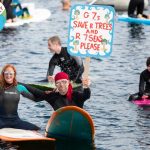 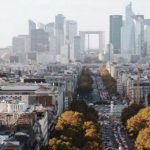 Here in British Columbia, we have spent the summer running from cruel wildfires | Mary Stockdale