Australia is demanding world heritage experts carry out a monitoring mission to the Great Barrier Reef before an international committee decides if it should be placed on a list of global sites in danger.

The Australian government on Monday night briefed international ambassadors and Paris-based delegates to Unesco as part of lobbying efforts to keep the Great Barrier Reef off the in-danger list.

Australia’s ambassador to Unesco told the briefing the integrity of the entire world heritage system – which identifies places of significance to humanity – could be compromised if the 21-country committee placed the reef on the list when it meets later in July.

The Morrison government is also inviting foreign diplomats to visit the 2,300-kilometre reef, off Queensland’s coast, before the meeting.

At Monday night’s briefing, which Guardian Australia has viewed, the environment minister, Sussan Ley, said: “We will seek a proper reactive monitoring mission before this question can be properly assessed.”

“We seek your support in getting due process followed,” she said.

Attendees were told Australia had a strong track record on fighting climate change, had invested heavily in reef conservation, and its emissions were falling at record levels.

The most recent falls in Australia’s emissions were due to the economic slowdown caused by the Covid pandemic. Australia has said it wants its economic recovery to be driven by developments in the gas industry.

Australia has not introduced a new greenhouse gas emissions target since 2015 and has been widely criticised for a lack of ambition. The country is also a major exporter of oil and gas.

Australia’s Paris-based ambassador to Unesco, Megan Anderson, told the briefing the UN body had “rushed” its June recommendation to list the reef “before any reactive monitoring mission” had been carried out.

Anderson and ambassadors from 10 other countries last month wrote a letter to Unesco with their “collective concerns” over its decision-making process.

The Morrison government said it was “blindsided” when Unesco revealed its recommendation, blaming a lack of due process and “politics”.

But Unesco officials have flatly denied claims by Ley that it had given assurances the in danger listing would not be recommended – or that the process had been politicised.

Dr Mechtild Rössler, director of Unesco’s World Heritage Centre in Paris, has said monitoring missions are not always needed before a danger listing is recommended.

Unesco has characterised the “in danger” listing as a “call to action” that will alert the world to the plight of the reef and the importance of cutting greenhouse gas emissions. Unesco pointed to impacts from climate change and a lack of progress on improving water quality as areas of concern.

There are 53 natural sites on the “in danger” list, including Florida’s Everglades. Belize’s barrier reef – part of the world’s second-largest reef system – was on the list from 2009 to 2018.

Australian officials at the Monday briefing said the Great Barrier Reef’s main threat was climate change, but international action on cutting emissions should centre on the UN’s climate change convention, and not the world heritage process.

Rising ocean temperatures caused by fossil fuel burning have caused three mass coral bleachings – in 2016, 2017 and 2020 – since the reef was last considered by the world heritage committee in 2015.

Aims’ chief executive, Paul Hardisty, said his institute’s long-term monitoring program was showing the beginnings of a “widespread recovery” which was expected after no major impacts since the 2020 bleaching – the most widespread on record.

But he told the briefing an increase in the amount of coral on reefs was driven by faster-growing species that were susceptible to bleaching and “come and go fairly quickly”.

China is the current chair of the committee and will host the virtual meeting from 16-31 July. A decision on the reef will likely be considered during a three-day block from 21 to 23 July.

About 16 countries were represented at the briefing, an Australian government source said.

In a statement to Guardian Australia, China’s permanent delegation to Unesco confirmed one of its officers had attended the briefing.

As the host and chair of the committee, China was “attentive to all communication and sharing of information” ahead of the meeting “including the item on one of Australia’s inscriptions”.

A spokesperson for Ley said the government had “extended an invitation to member states to see the reef” before the meeting. “We think it is important that, prior to the World Heritage Committee meeting, we offer member states that opportunity,” the spokesperson said.

Among the five scientists was Australian Prof Ove Hoegh-Guldberg, who is the current chief scientist at the Great Barrier Reef Foundation which, in 2018, received a controversial $443m government grant to co-ordinate efforts to build the reef’s resilience.

Climate scientists shocked by scale of floods in Germany | Flooding 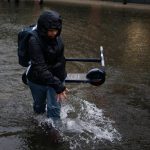 How Do Hurricanes Form? – The New York Times 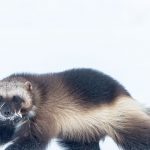