Australia’s federal court has formally declared the nation’s environment minister has a “duty to take reasonable care” that young people won’t be harmed or killed by carbon dioxide emissions if she approves a coalmine expansion, in a judgment that could have wider implications for fossil fuel projects.

In the federal court case, brought by eight schoolchildren and an octogenarian nun, Justice Mordecai Bromberg on Thursday also ordered the minister pay all costs.

The judge had indicated he would make a declaration during the case in May, when he rejected a request by the children to issue an injunction blocking Whitehaven Coal’s plans to expand its Vickery coalmine project near Boggabri, New South Wales.

Climate campaigners said there should be “no moral, legal or rational way” environment minister Sussan Ley could now approve the project.

Bromberg declared that when the minister makes her decision over the coalmine, she has a duty “to take reasonable care” to “avoid causing personal injury or death” to Australian residents under 18 “arising from emissions of carbon dioxide into the Earth’s atmosphere”.

“We are delighted that the law of the land now states that the government has a duty to avoid causing harm to young people,” said Anj Sharma, a 16-year-old Melbourne student and one of the eight children supported in court by Sister Brigid Arthur.

Sharma said the “historic ruling” would make it harder for politicians “to continue to approve large-scale fossil fuel projects that will only fast-track the climate crisis.”

In his May judgment, Bromberg said the potential harm to children from climate change “may fairly be described as catastrophic, particularly should global average surface temperatures rise to and exceed 3C beyond the pre-industrial level”.

Lawyer David Barnden, who represented the children, said: “For young people this decision brings hope and anticipation of a better, and responsible decision making by government. The ramifications for the minister are clear.”

The judge’s declaration was made in relation to the Vickery Extension project, which gained approval from the NSW Independent Planning Commission in August last year. Ley has still to approve the project.

Whitehaven has said about 60% of the coal from the extension will be used for making steel, with the rest for burning in power stations.

Barnden said it was conceivable the duty of care would extend to other fossil fuel projects that came before the minister for approval. He said the minister would have 28 days to appeal against the case.

A spokesperson for the minister said: “The Morrison government will review the judgment closely and assess all available options.”

A spokesperson for Whitehaven Coal said it had nothing to add to its previous statement made after the May court decision, “since today’s orders really just formalise that outcome”.

That statement said the company “looks forward” to being given approval under the Environment Protection and Biodiversity Conservation Act.

Whitehaven argued the project would dig up “high quality coal” that would contribute to “global CO2 emissions reduction efforts”.

Georgina Woods, of the climate campaign group Lock the Gate Alliance NSW, said: “There is no moral, legal or rational way now that Sussan Ley can approve this project. To do so would add momentum to catastrophic climate change which will harm every Australian child living today.

Chris McGrath, a barrister and expert in climate litigation, said Thursday’s decision was significant and would have implications for future decisions made by the minister.

“Now the ball is back in the minister’s court,” he said. “My expectation is the minister and the department will come up with a sneaky way to skirt around this until either there’s a successful appeal or they can change the law.”

He said as long as the declaration remained in force, the minister would have to find a way to acknowledge it before she made a decision on the Vickery plan.

He said the minister could decide to refer to the duty of care in any conditions put on an approval, such as the purchase of environmental assets.

He added: “This is also relevant for other big coal and gas projects – anything with fossil fuels – the minister and the department are now conscious of potential challenges to their decisions so they’d be foolish not to take this into account for future decisions.” 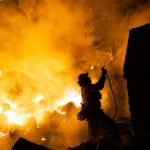 To Save Lake Tahoe, They Spared No Expense. Yet the Fire Still Nears. 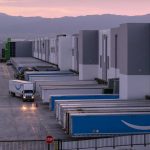