Australia’s national greenhouse gas emissions increased fractionally in the first quarter of 2021 but dropped about 5% across the previous year as the pandemic dramatically slowed transport and some heavy industry, official data says.

The latest official quarterly greenhouse gas inventory released by federal energy department officials is the first to cover a full year in which Covid-19 was affecting the country.

Both were affected by Covid-19 shutdowns, but the report said fugitive emissions also fell in part due to the operation of Chevron’s Gorgon carbon capture and storage system, which after years of delays started in late 2019 to re-inject CO2 from a gas well into a reservoir under Barrow Island in the Pilbara.

Emissions from electricity generation also fell – by 5.6%, or 9.7m tonnes, across the year – continuing the trend of renewable energy displacing coal-fired power.

The emissions reduction minister, Angus Taylor, said emissions had fallen “to the lowest level on record” – 494.2m tonnes for the year – “even as the Australian economy recovers from the global pandemic”.

He said the emissions were now 20.8% below 2005 levels, putting the country on track to meet the target set six years ago as part of the Paris agreement – a 26-28% cut.

But analysts said, with the exception of the electricity sector, the data largely just demonstrated the impact of the coronavirus.

The report found emissions “in trend terms” had increased slightly, by 0.3%, from the December to the March quarter, largely due to transport and fugitive emissions starting to rebound.

It said preliminary estimates of emissions for the June quarter suggested they had continued to increase back to near pre-pandemic levels for the quarter, and about 500m tonnes for the 2020-21 financial year.

But it is expected they would fall again for the September quarter as the country’s two largest states endure extended lockdowns.

Taylor acknowledged emissions had increased in the most recent quarter for which data was available, but said the economy had grown by 1.8% over the same period.

“While there is still work to be done, this data shows the government’s comprehensive suite of policies to meet its emissions reduction commitments, encourage innovation and back new and emerging low emissions technologies are working,” Taylor said.

The opposition climate change and energy spokesperson, Chris Bowen, said Taylor was engaging in the “normal spin” by saying the government would meet and beat its emissions targets.

“Angus Taylor and Scott Morrison have nothing to be proud of,” he said. “They should go to [the November Cop26 climate summit in] Glasgow with better targets and they should admit that their actions have actually seen no reduction in emissions. The only reduction in emissions they can claim credit for is as a result of the Covid recession.”

The Greens’ leader, Adam Bandt, agreed the data showed that emissions were increasing under the Coalition if not for the impact of Covid-19.

“The only climate policy Scott Morrison has is the pandemic, and these figures show that as soon as lockdowns ease the Liberals lift pollution,” he said.

“These figures will get even worse if Liberal and Labor succeed in opening new fossil fuel projects like the Beetaloo gas basin. It’s an emergency and we have to keep coal and gas in the ground.”

Why are emissions down since 2005?

Analysis of the data by Tim Baxter, senior researcher with the Climate Council, reinforced that the emissions cuts since 2005 were overwhelmingly due to a reduction in land-clearing and forest destruction for agricultural expansion and logging, not a cut in fossil fuel use.

The report found Australia’s annual emissions fell 128.8m tonnes between the start of 2005 and March 2021. Most of this – 112.22m tonnes worth – was due to changes in land use and forestry that had little to do with federal climate or environmental policy.

The decline in emissions in this area was caused by the Queensland state Labor government introducing laws to limit the pace of land-clearing, a general decline in native forest logging, and some forests in semi-arid areas regenerating.

If land use and forestry are excluded, emissions from the rest of the economy – electricity, big industry, transport, agriculture and waste – fell by only 2.9%, or 15.57m tonnes, between 2005 and early 2021.

Emissions from electricity were down nearly 17%, due to the national renewable energy target – which was met in 2019 but not extended or replaced – and the rapid fall in the cost of solar and wind energy.

But emissions from transport, industry and mining were higher than in 2005 even after the impact of the pandemic-forced shutdowns was factored in.

“We are making slow and painful progress at a national level that too often comes down to dumb luck or happenstance,” he said. “The federal government has no climate or energy policy which is resulting in emissions cuts.”

Richie Merzian, from the Australia Institute, said there was nothing in place nationally to reduce transport emissions. “So of course they’re going to rebound,” he said.

The Australian government is facing increasing pressure before the Glasgow summit to increase the 2030 emissions target it set six years ago and join the more than 100 countries that have set a goal of reaching net zero emissions no later than 2050.

The government’s Great Barrier Reef envoy, Warren Entsch, said he had been lobbying Taylor and other senior colleagues to commit to net zero emissions by 2050 and “stronger interim emissions reduction commitments”.

In a report to the environment minister, Sussan Ley, he said this year was “an incredibly important time for increasing global ambition” on climate. He said the positive cooperation at Joe Biden’s climate summit in April, when several large developed countries increased their climate targets, was a “cause for great optimism as well as introspection”, and warned Australia could find itself “corralled” by carbon tariffs if it did not do more.

Entsch told Guardian Australia he believed the thinking in the Coalition on climate was “definitely” moving – those wanting greater action were “very much not in the minority now” and he would like the country to reach net zero emissions well before 2050.

The treasurer, Josh Frydenberg, last week acknowledged in an interview with Guardian Australia that climate change was a major preoccupation in global markets and he said “progress is being made behind closed doors” on the issue within the government, but he was “very comfortable” with its 2030 target.

Earlier this month, Dr Jonathan Pershing, the deputy to US presidential climate envoy John Kerry, told Guardian Australia that Australia’s targets were “not sufficient” and the country should be considering a 50% cut in greenhouse gas emissions by 2030.

The former UN chief Ban Ki-moon said Australia was “out of step” with the rest of the world, and the former European Union trade commissioner, Cecilia Malmström, warned it was becoming “more and more isolated” at a time when the world was increasingly being hit by floods, fires and droughts.

The latest assessment by the Intergovernmental Panel on Climate Change, published earlier this month, found human activities were unequivocally heating the planet and causing changes not seen for centuries and in some cases thousands of years.

It found greenhouse gas emissions were already affecting weather and climate extremes in every region across the globe, helping cause increased heatwaves, heavier rainfall events and more intense droughts and tropical cyclones. In Australia, average temperatures above land have already increased by about 1.4C since 1910. 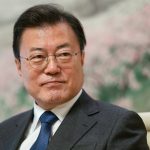 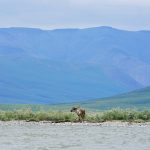 Biden Aims to End Arctic Drilling. A Trump-Era Law Could Foil His Plans.