When forecasts foreshadowed the Pacific north-west’s devastating heatwave at the end of June, marine biologist Christopher Harley was alarmed and intrigued.

Then came the smell, and his feelings somberly shifted.

“It was this putrid smell of decay,” Harley said. Across hundreds of miles of coastline the extreme heat baked the barnacles, seaweed, and small sea creatures exposed to the elements along the shore. Starfish that failed to crawl to shadier spots were cooked alive. Mussels laid agape along the rocks, the tissue crisped between their shells.

Armed with special equipment, Harley and his team of researchers at the University of British Columbia descended to the beaches to measure the body temperatures of the mussels, but it was too late – by the third day of the record-breaking heatwave they all had died. “We were just walking across carpets of dead mussels on the shore in awe,” he said.

Initial estimates show that over a billion creatures that live in the shallow waters across the Pacific north-west perished in the heat that week. Scientists expect the impact will have a trickle-down effect on the ecosystem and the other animals that rely on those that died for food and habitat.

“I knew [the heat] would be ecologically impactful but I wasn’t ready for the magnitude of the destruction,” Harley said. “The more places I visited and the more death I saw the more sobering the whole event became.”

‘It is going to get hotter’

The unprecedented heat events that scorched the west this summer – smashing dozens of local temperature records across the region – had disastrous effects on people, plants and animals. Climate scientists say this is just a taste of what’s to come.

As the environment continues to warm due to human-caused global heating, spiking temperatures will become more frequent, more intense, and last longer. Because heat and drought are inextricably linked, the compounding catastrophes that have plagued the west this summer will persist into the future, continuing to wreak havoc on ecosystems, infrastructure, and agriculture.

Scientists are still working to document and understand the impact of the recent heatwaves. But the research has been clear that this anomalous event could become the norm over the next 30 years as the planet continues to warm.

“It is going to continue to get hotter,” said Andrew Hoell, a meteorologist for the National Oceanic and Atmospheric Administration’s physical sciences laboratory, noting that rising temperatures are unequivocally linked to human activities. “That means it is going to take much moisture supply in terms of precipitation to stave off drought,” he explained. “That is going to be a game changer in terms of how we live.”

Extreme heat could increase crop damage tenfold, according to a study led by researchers at the University of Colorado published earlier this year. The real-time effects are already being seen across the west, where farmers and ranchers have struggled to adapt to extremely dry conditions even before temperatures began to spike.

More than half of the cherry crop in western Canada was damaged in late June, according to the British Columbia Fruit Growers Association. “It seems like somebody took a blowtorch to it and just singed it,” said Pinder Dhaliwal, the association’s president, to CBC News. Even cherries that looked untouched from the outside were cooked, he added, appearing hot all the way through to the pit.

Growers and their respective associations also reported that raspberries, blueberries, and blackberries were baked across the northern west coast before they could be picked, and stone fruits and apples were damaged and burned from the high temperatures. Experts from the US Department of Agriculture (USDA) have expressed concern that shriveled wheat berries and diminished kernels will mean a drastic reduction in wheat production this season.

Temperatures above 95F (35C) have also been found to change parts of potatoes from starch to sugar and stunt their growth. Meanwhile, a drought-induced shortage of California’s thirsty tomatoes, used for processing, is expected to spike prices for the foods made from them, like pizza sauce and ketchup.

‘A frog in a slow-to-boil pot’

As of last month, close to half of the contiguous US was mired in drought according to NOAA scientists, and more than 15% of the nation experienced record heat for June – the largest number of spiking temperatures ever recorded. Extreme heat and drought, which are individually costly and devastating disasters, go hand-in-hand complicating efforts to adapt and recover. The combined conditions also set the stage for fast-burning fires that have already torched close to 3m acres (1.2m hectares) this year.

“You have the gradual shift of climate change working in the background,” said Steve Ostoja, director of the USDA California Climate Hub, “but the extreme events are the things that really throw you off.”

The historical record indicates between four and six extreme heatwaves a year, but climate models indicate that on current trajectories there could be between 25 and 30 of these events by mid-century, according to Ostoja. “That’s a huge difference,” he said. “That basically means it is going to be that hot all the time.”

“It is looking like water scarcity is going to be the theme of the future and we know warming is in our future,” Ostoja said, noting that there will be a marked shift in how agriculture is approached in places such as California, which currently produces over a third of the country’s vegetables and two-thirds of the country’s fruits and nuts.

“I don’t think it’s just like, one day you will see we won’t be able to do ag in California,” he added. “It’s just kind of like the analogy of the frog in the slow-to-boil pot of water.”

Animals are also struggling to adapt and for some, the prognosis is “grim”, said Jonathon Stillman, a professor of biology at San Francisco State University. His research shows that for animals that have already adjusted to higher heat it will be even harder to adapt when the temperatures spike further. “They don’t have the ability to cope when the temperature goes just a little bit above the maximum that they’ve adapted to,” he said. “They can’t tolerate just a little bit more.”

This includes small birds living on the edge of their water needs, desert dwellers who have nowhere else to go when the nights fail to cool down, and fish that aren’t able to reach the areas they spawn.

Spring-run Chinook salmon in California’s central valley were decimated by the heat, after making a significant recovery following the 2018 Camp fire that critically diminished the already-threatened fish. More than 83% of the roughly 15,000 adults in Butte Creek – the largest population of the federally protected fish, near Chico, California – died according to Howard Brown, a senior policy adviser with NOAA Fisheries, west coast region.

“It is devastating,” he said calling this an indicator of the severity of the drought and heatwave. “It is the largest loss of adult salmon we have ever seen in the central valley.” Salmon in the Columbia River farther north were also documented swimming slowly and lethargically through the over-heated waters, with large, red abrasions and burn marks.

As heatwaves become more frequent and more intense, they are also expected to impact physically larger areas at once, according to research from Bradfield Lyon, a professor at the Climate Change Institute at the University of Maine.

“By mid-century, the spacial size of heatwaves in the US are expected to increase between about 50% to 80% from what they are in the current climate,” he said. “The frequency will increase, the duration will increase, as well as the intensity.”

It’s alarming, but Lyon, and each of the other researchers, hope this episode and the promise of more extreme heat serve as a call for change. The models used to predict the disasters to come are based on current levels of energy consumption and carbon emission. There are advances being made and the potential for progress abounds.

“The way I look at it is it is a very stark warning,” Lyon said, likening the situation to fire drills used to teach school children about how to respond during emergencies. “The teacher would say, ‘Now don’t panic, but head as quickly as possible for the exits’,” he said. “In this case, the exit is burning of fossil fuels. We don’t need to panic, but we certainly need to head as quickly as possible in that direction.” 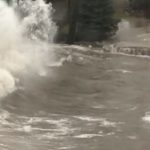 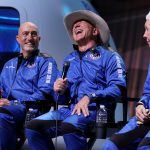