The woman who recorded the shocking video of George Floyd’s death that prompted mass protests for racial justice around the world has told the Derek Chauvin murder trial of her feelings of guilt at being unable to intervene to save his life.

Darnella Frazier, who at times sobbed as she gave evidence on the second day of Chauvin’s trial in Minneapolis, said that she still loses sleep over the killing of the 46-year-old Black man.

But, Frazier added, it is not about what she should have done.

‘It’s what he should have done,’ she said in apparent reference to Chauvin.

Frazier was 17 when she recorded the video as a bystander. 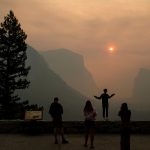 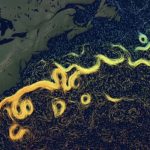 A Small Hint of Big Trouble in the Oceans