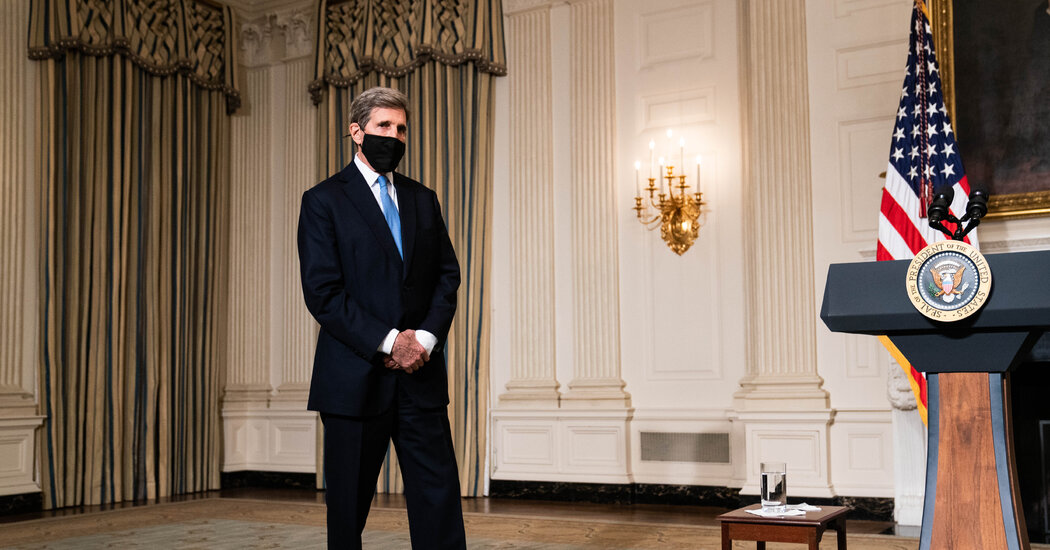 WASHINGTON — The Biden administration is nearing agreements with Japan, Korea and Canada to bolster carbon emission reduction targets in all four countries ahead of a closely watched summit of global leaders on Earth Day, April 22.

But in the latest sign of how difficult it will be for President Biden to make climate change a core part of his foreign policy, similar deals with China India and Brazil, economic powerhouses that together produce more than a third of global emissions, remain elusive.

John Kerry, Mr. Biden’s global climate envoy, is preparing to make a last-minute trip to China and South Korea ahead of the summit, which Mr. Biden will be hosting. Mr. Kerry arrives on Wednesday, with multiple high-level meetings in Shanghai expected on Thursday. The cooperation of the world’s largest emitter of climate-changing pollution is vital to slowing down global warming, but Beijing is also Washington’s biggest rival on the world stage.

And in India, where Mr. Kerry recently wrapped up three days of negotiations that did not yield any specific promise to strengthen New Delhi’s climate ambition, the administration must weigh its need for cooperation with its concerns over human rights. Indian leaders, meantime, have been unsettled by pressure to deliver an announcement in time for Mr. Biden’s summit next week after spending the past four years working with a U.S. administration that abandoned the rest of the world’s efforts to tackle global warming.

“Maybe there’s a little bit of time lag that will go into building that trust and relationship back,” said Aarti Khosla, director of Climate Trends, a climate change nonprofit based in New Delhi.

“Summitry is theater, and it can be extremely impactful if there is a big centerpiece,” said Rachel Kyte, dean of the Fletcher School at Tufts University and a climate adviser for the United Nations Secretary General. “That centerpiece is the U.S. plan.”

The end goal is a productive United Nations meeting in November in Glasgow, where the nearly 200 nations who have joined the Paris Agreement on climate change are expected to legally enshrine their tougher targets, which are aimed at keeping the worst consequences of climate change at bay.

Publicly, the Biden administration has tried to dampen expectations that other countries will make major announcements at the U.S. event. Behind the scenes, though, State Department diplomats have been hustling to prod allies into doing just that.

Mr. Kerry, in a statement, declined to specifically address the likelihood of other countries joining the United States in big announcements, saying the summit “will be a chance for major economies and other countries to work together at the highest possible levels to address the climate crisis.”

U.S. progress toward new agreements with some industrialized countries in less than three months is a testament to the climate diplomacy that Mr. Kerry has conducted. He has traveled to six countries and held what aides described as dozens of video conferences and calls each week since January.

Yoshihide Suga, the prime minister of Japan, is expected to announce a new emissions target in the range of 50 percent below 2013 levels by 2030, ahead of a meeting with Mr. Biden in Washington on Friday, according to one U.S. official familiar with the discussions. The United States and Japan also have been discussing new restrictions on coal financing, though an announcement on that remains unclear.

A major South Korean news outlet, the Maeil Business Newspaper, reported this week that South Korean leaders were poised to announce an overseas coal financing moratorium. And Canada, which already has signed a strong bilateral agreement with the United States on climate change, has said it will announce stronger targets at the summit.

But landing an agreement with China has proved challenging. At a recent meeting in Anchorage, American and Chinese officials sparred over trade, human rights, as well as Beijings’s increasingly aggressive moves toward Taiwan.

Tensions ran so high that U.S. officials denied an early report that the countries had agreed to form a climate change working group, despite other differences.

“There is a concern in Washington among people who work on China that the climate actors would like to see a U.S.-China deal at the expense of compromising a broader set of strategic issues,” said Joanna Lewis, director of Georgetown University’s Science, Technology and International Affairs Program and an expert on Chinese energy policy.

Mr. Kerry in public statements has tried to disentangle the administration’s desire to cooperate with China on climate change from other issues in the relationship.

“President Biden has made it clear and I’ve made it clear: none of the other issues we have with China, and there are issues, is held hostage to or is engaged in a trade for what we need to do on climate,” he said recently.

Some China analysts are optimistic. David Sandalow, a veteran of the Clinton and Obama administrations now at Columbia University’s Center on Global Energy Policy, said China could both burnish its climate credentials and diminish tensions with Washington by making a new announcement.

And, others noted, it is unlikely that Mr. Kerry would make such a high-profile trip to China if he thought he would return home empty-handed.

“If China does absolutely nothing around this summit, it’s going to be a direct slap in the face to Biden,” said Paul Bledsoe, strategic adviser for the Progressive Policy Institute, a Democratic research organization.

China has already announced it would release no net emissions of carbon by 2060. Several analysts said the Chinese government felt little need to set another new target, particularly on Mr. Biden’s timeline, and was cautious of being seen as caving to U.S. pressure.

Equally significant, Beijing leaders remain worried that the Biden administration’s assurances that the United States is truly prepared to curb its own emissions are as shaky as the ones former President Barack Obama made shortly before his successor gutted virtually all of his policies.

“It’s just hard to truly trust the U.S. administration,” said Taiya Smith, director of the China program for the Climate Leadership Council, a conservative group that promotes a carbon tax.

“Before countries can truly have confidence in the U.S., there’s going to have to be a lot to be shown for it,” Ms. Smith said. “We have to be able to demonstrate this is not just another passing fad of American politics.”

Li Shuo, senior climate policy adviser for Greenpeace East Asia, said he thought if talks with Mr. Kerry went well this week, China may make an announcement of new targets at the Boao Forum for Asia, an annual conference that will be held in Boao, China, starting on Monday. That, he said, would allow China to make an announcement on its home turf to avoid the appearance of being pressured by the United States. But any new targets would give China something to deliver at Mr. Biden’s summit.

“A lot depends on what happens in the next three days or so,” Mr. Shuo said. 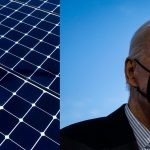