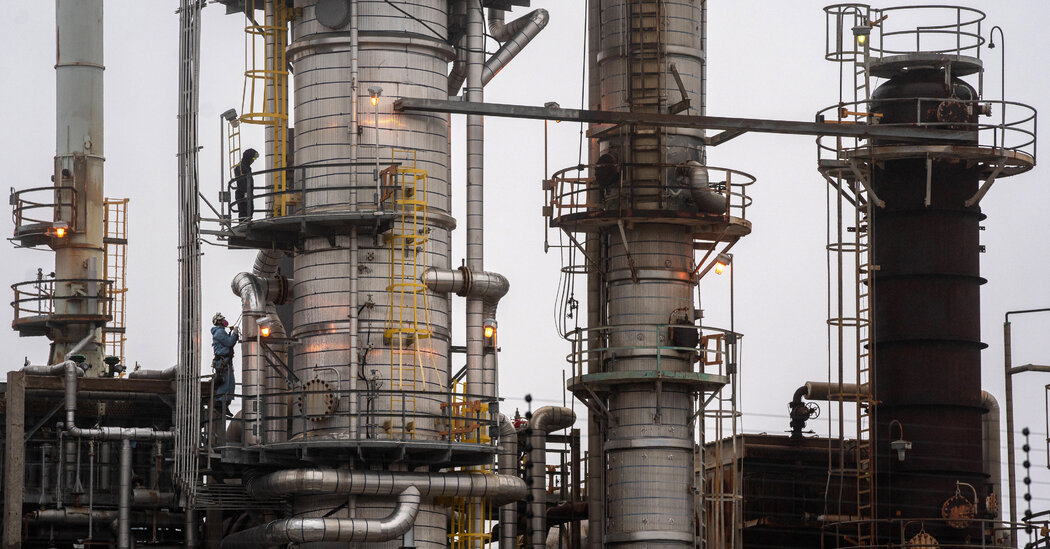 Consider some of the recent performance numbers.

Six of the 10 top performers in the S&P 500 this year are energy companies, led by Marathon Oil, which has nearly doubled in value in 2021 alone. The companies in the energy sector of the S&P 500 have done better than any other broad market slice — gaining nearly 41 percent in 2021, compared with about 12 percent for the overall stock market benchmark.

Propelled by an increase in the price of oil, the stock returns for the big energy companies have been extraordinary, despite the public chastisement. Here are some representative price increases, expressed in percentages, for 2021 through Thursday:

The price of crude oil in the United States has risen above $70 a barrel, its highest level in three years. Oil, in turn, has pushed the price of regular gasoline at the pump well above $3 a gallon, an increase of nearly 40 percent for the year, according to AAA.

An upturn and a murkier future

The main short-term reason for the rising price trend for the energy sector is the classic one: a simple imbalance of supply and demand.

“Some of this is just what happens to the energy market when the economy grows after any recession,” said Ed Crooks, vice chairman of energy in the Americas for the research firm Wood Mackenzie.

Demand has skyrocketed as the economy has awakened from its pandemic slumber.

At the same time, the oil supply has been limited by a decline in production during the recession, when people stopped driving and flying and major oil companies lost billions of dollars and began to retrench. Supply has also been tightened by the restraint exercised by the group known as OPEC Plus — made up of the Organization of the Petroleum Exporting Countries and allied producers like Russia. OPEC Plus has already announced that its members are beginning to increase production a bit, which could keep prices from rising much further.

But the longer-term supply-demand situation is much murkier.

At some point, if you accept that the planet is warming — that is, if you accept the verdict of science embedded in the International Energy Agency report — the extraction of large quantities of carbon will have to stop. The public pressure on big oil companies may be a harbinger of fossil fuel production declines. The possibility of constraints on future supply is weighing on the market and may be having a marginal impact on prices, Mr. Crooks said. The oil markets have always been bound up in geopolitics but may become even more so in the next decade.

Companies based in Europe, like Eni, Total and BP, followed by Shell, have been quicker to pivot toward a future of alternative energy and reduced carbon emissions than American companies like Conoco Phillips, Chevron and Exxon, according to a new study by Carbon Tracker, ane independent think tank.

At the frontier of the climate crisis, one scientist’s quest to record the ‘invisible world’ of the Arctic | Arctic