Former Labor leader Bill Shorten says he would probably not take the same emissions reduction target his party promised in 2019 to the next election because there’s not enough time to achieve it.

Although US president Joe Biden’s climate action summit last week triggered a fresh round of global ambition, Shorten told the National Press Club on Wednesday that if he was to be granted a “hypothetical sliding doors moment” he was “not sure” if he would again commit to cut emissions by 45% on 2005 levels at an election this year or next. .

Even though a number of countries have set either comparable or more ambitious targets than Labor promised with Shorten at the helm in 2019, he indicated that a 45% cut was too ambitious.

“I don’t think you can simply just say we should set the same target because unfortunately the nation hasn’t been on that direction – at least at the Canberra level.”

Shorten said Biden’s election last year had reinvigorated the global climate conversation and the president – who last week said the US would halve current emissions on 2005 levels by 2030 – was “showing what you can do if you set your mind to something”.

Although Labor’s 45% target was blasted by the Coalition and characterised as “economy wrecking” at the time by a leading Australian business group that now champions a net zero target, the Biden summit prompted a new round of pledges from participating countries.

After losing the 2019 election, Labor signed up again to a commitment of reaching net zero emissions by 2050. But it is unclear where the party will land on medium term objectives.

Its climate change spokesman, Chris Bowen, said it would outline a roadmap of how to reach net zero by mid-century by the time of the next federal election.

Bowen, a New South Wales rightwinger, took the climate portfolio from the left’s Mark Butler earlier this year after months of private and public brawling about whether the party’s ambitious climate change commitments were a factor in Labor’s election loss in 2019.

The former resources spokesman, Joel Fitzgibbon, who left the shadow cabinet during the melee, campaigned for Labor to adopt the same 2030 target as the government. Butler repeatedly rejected that idea.

Shorten’s public positioning on medium term emissions reduction target comes as a US diplomat in Canberra continued to criticise Australia’s lack of action on climate change.

Reinforcing commentary critical of the Morrison government last week, the deputy economics counsellor at the US embassy, Steve Dyokas, confirmed the Biden administration was “pressing Australia to do more”. Dyokas said all nations “have to raise our sights together” with a sense of urgency.

He said there had been “a lot of talk” in the press about “the issue of pushing Australia” to take stronger action.

“The imperative of what we need to do to get emissions reduced to the level where the 1.5 degree target is still within reach is enormous, and all governments – big, small, developed, developing – all need to be working together on this process. So we are certainly looking to get every partner we can around the world on board.”

Given that Australian states and territories have committed to net zero by 2050, but the Morrison government is yet to make a concrete commitment at a national level, Dyokas was asked whether sub-national responses can go far enough without federal action.

Dyokas was diplomatic, pointing to the US experience during “darker periods in climate politics” when officials would point to action taken by states including California.

He said the US had “come to realise, over time, that we really do need municipalities, we need states, we need the federal government all working together”.

The event, taking stock of the next steps for Australia and the region after Biden’s climate summit, was organised by the ANU’s institute for climate, energy and disaster solutions. 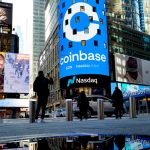 In Coinbase’s Rise, a Reminder: Cryptocurrencies Use Lots of Energy 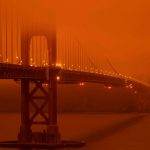 Opinion | When Living in California Means Fearing the Outdoors