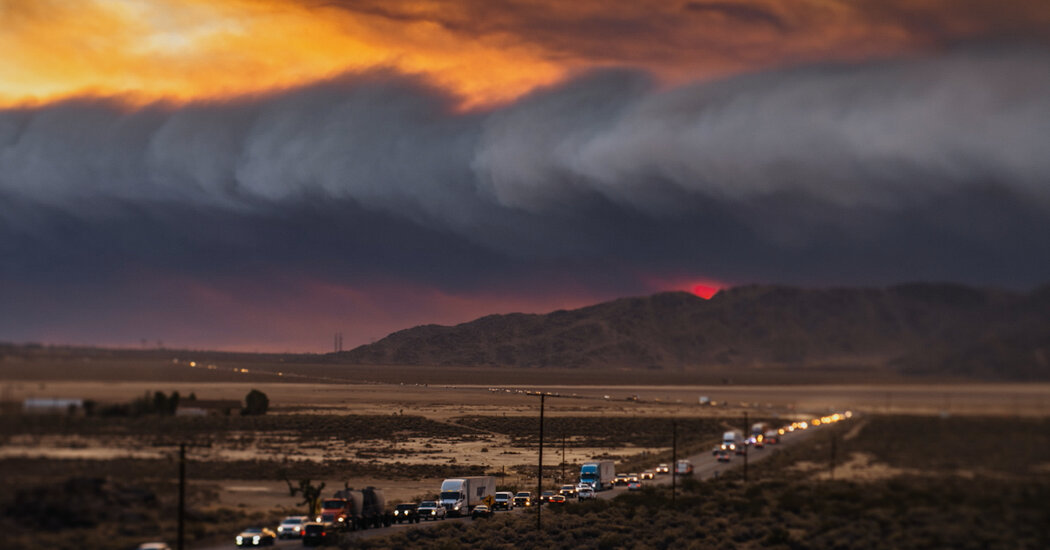 A few times a year, I pull out our HEPA filter and begin reassuring worried friends and family members that, no, the city of Los Angeles, where I live, isn’t burning — or at least not yet. The air quality here is almost always poor, of course, but I tend to switch on the air filter only when the smoke comes, filling the basin and darkening the sky.

“The city burning is Los Angeles’s deepest image of itself,” Joan Didion wrote in 1967. It was two years after the Watts uprising, but Didion wasn’t writing about race and reckoning, she was creating a poetically apocalyptic image of the city and, by extension, California. Decades later, she returned to the topic, using a phrase — “fire season” — that now feels obsolete. In the age of enduring drought and climate change, the wildfires never seem to go out in the West, where so many burned in July that the smoke reached the East Coast.

In “Bring Your Own Brigade,” the director Lucy Walker doesn’t simply look at the fires; she investigates and tries to understand them. It’s a tough, smart, impressive movie, and one of its virtues is that Walker, a British transplant to Los Angeles, doesn’t seem to have figured it all out before she started shooting. She comes across as open, curious and rightly concerned, but her approach — the way she looks and listens, and how she shapes the material — gives the movie the quality of discovery. (She’s also pleasantly free of the boosterism or the smug hostility that characterizes so much coverage of California.)

Specific and universal, harrowing and hopeful, “Bring Your Own Brigade” opens on a world in flames. It’s the present day and everywhere — in Australia, Greece, the United States — fires are burning. Ignited by lightning strikes, downed power lines and a long, catastrophic history of human error, fire is swallowing acres by the mile, destroying homes and neighborhoods, and killing every living thing in its path. It’s terrifying and, if you can make it past the movie’s heartbreaking early images, most notably of a piteously singed and whimpering koala, you soon understand that your terror is justified.

There’s another pandemic under our noses, and it kills 8.7m people a year | Climate change