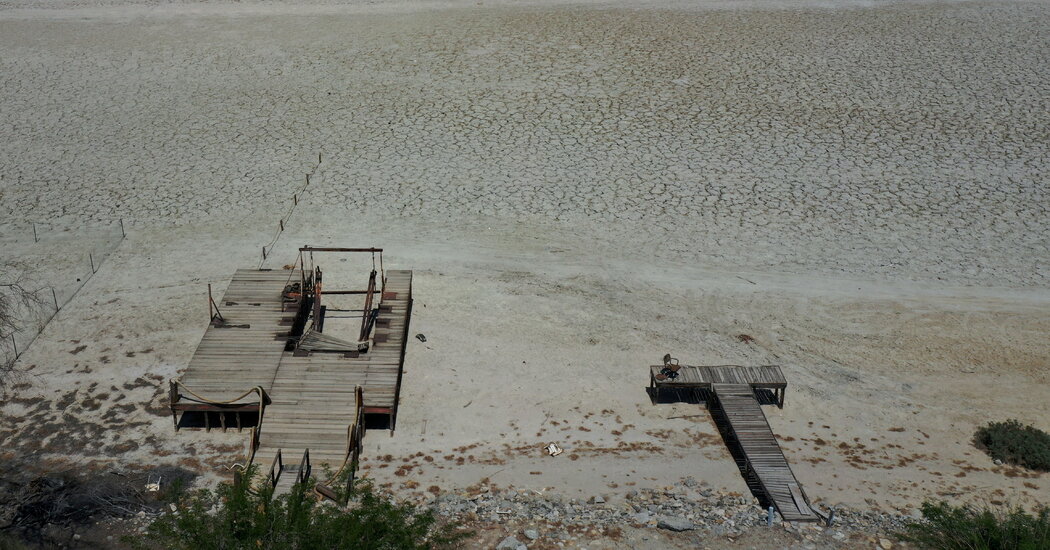 “We believe that California is very clearly experiencing the impacts of a changing environment,” he said. “We’re seeing drought conditions we haven’t seen before, and there is a cascading impact, but it really all comes back to climate.”

While tying a single heat wave to climate change requires extensive attribution analysis, scientists in Europe found that the recent extreme heat in the West Coast would almost certainly not have happened without it, because the jump in temperatures was so erratic. And in general, it is settled fact that heat waves around the world are lasting longer and growing more frequent and more dangerous.

The 2018 National Climate Assessment, a major scientific report by 13 federal agencies, noted that the number of hot days was increasing and that the frequency of heat waves in the United States had jumped from an average of two per year in the 1960s to six per year by the 2010s. Also, the season for heat waves had stretched to 45 days longer than it was in the 1960s, according to the report.

It is all part of an overall warming trend: The seven warmest years in the history of accurate worldwide record-keeping have been the last seven years, and 19 of the 20 warmest years have occurred since 2000. Last year tied with 2016 as the hottest year on record, according to one analysis.

Mr. Ferguson said his office was preparing for what it calls an “asymmetrical event.” He said this weekend could present simultaneous competing challenges, with the state facing extreme heat, fire warnings and the possibility of electricity shortages all happening at once.

In preparation for the heat wave, the Office of Emergency Services said it was helping local officials with cooling centers across the state to assist those without access to air-conditioning. It was also pre-emptively positioning firefighters and fire trucks in parts of the state that have higher risks for bush fires and wildfires. A fire weather watch was in place for Northern California on Thursday afternoon.

The Office of Emergency Services is also working closely with the California Independent System Operator, which runs the state’s energy grid, to ensure that power continues uninterrupted over the weekend. Mr. Ferguson said no shortages were anticipated over the weekend, in part because of additional electricity capacity the state invested in last year, but that shortages were always a risk. He urged Californians to be mindful of alerts about electrical surges and to be ready to minimize use of appliances if needed.

“We’re competing with Mother Nature,” he said. “We’re throwing everything we have at this challenge to help keep those who are vulnerable safe.”