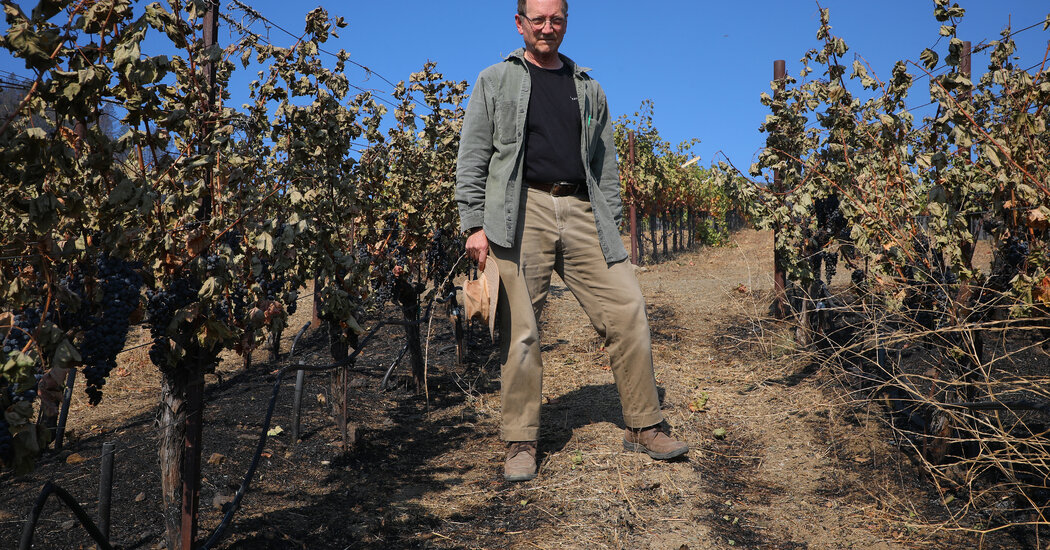 ST. HELENA, Calif. — The block of vines at Cornell Vineyards on the Sonoma side of the Mayacamas Range, just over the county line from this Napa Valley hub, looked green and healthy in mid-July, as they ought to midway through the growing season. But looks can be deceiving.

This particular block withstood the devastating wildfires that roared up the hillsides from both the Napa and Sonoma ends last September, destroying half of Cornell’s 20-acre vineyard, along with the newly renovated residence of Henry and Vanessa Cornell, the proprietors, and two other buildings.

Along the edges of the vineyard, charred Douglas firs stand like stoic sentinels as they await removal. The vines seem vibrant, but roughly 30 percent in the block have not produced any grapes whatsoever.

The rest have thick bunches dangling, but the vines may simply be going through the motions, producing grapes, but not of the quality that ordinarily goes into Cornell’s superb cabernet sauvignons.

Crumbling foundations with teetering brick chimneys are all that remain of houses. Hundreds of tree stumps stud the blackened hillsides, the dead trunks having been bundled away in giant logging trucks in an effort to remove fire hazards.

Erosion is a real threat here. The hope is that the stumps, with their intact networks of roots, will help keep the hillsides in place once the fall rains begin.

But not all of the damage of the 2020 fires in the northern Napa Valley and the adjacent Sonoma County is so visible and obvious. The consequences for vineyards that survived direct encounters with the fires remain to be determined, as wine producers affected by the blazes try to navigate the 2021 growing season, not exactly sure what they are confronting.

Wineries can be rebuilt, interim facilities found, new vintages made, though the financial cost is steep. But for a winery to lose its vines — sometimes entire vineyards — is to be drained of its lifeblood.

For the most serious producers, whose aim is to document the distinctive character of a place through the medium of wine, vines are nurtured like children through their infancy and their gangly, angular youth, with the hope that they will produce balanced, expressive wines for decades. To lose them is to grieve.

At Cornell, the most gravely damaged vines were pulled out. Others were closely scrutinized. Vineyard workers scraped the outer layer of bark on the trunks of the vines to examine the cambium, the layer through which nutrients flow.

A green color indicated health. But it was not always clear whether the vines were healthy enough to produce top-quality grapes. Many vines in question were taken out, but Cornell left one block intact as an experiment.

“We pulled out a third of the vineyard, and now we have to evaluate the rest, vine by vine,” said Elizabeth Tangney, the director of viticulture and winemaking.

The vines adjacent to the trees were the most exposed to the fire and were visibly charred, Ms. Tangney said. Those without conspicuous damage are question marks.

“Was it fire or were they just hot?” Ms. Tangney said. “Some vines seem healthy, but they are not producing fruit. Will they produce next year? There’s no textbook. We’re writing it this year.”

The task was similar at Newton Vineyard, a far bigger property on the Napa side of Spring Mountain, where steep, terraced vineyard blocks, almost 70 acres, cling to hillsides winding in multiple directions through wooded canyons. Fires destroyed the winery, its headquarters and most of two vintages aging in cellars, along with all but five acres of the vineyard.

As at Cornell, the fringes of the vineyard, closest to the woods, were clear casualties. Farther from the trees, the damage was more difficult to assess.

It was left to Laura Deyermond, the vineyard manager, to walk through each block, scraping through bark to observe the cambium and gauge the survival rate.

“I’ve put a lot of blood, sweat and tears into this, and had to make the call whether it would survive,” she said. “The majority of the property did not survive.”

That includes Newton’s Pino Solo vineyard, a block that once included a lone pine tree, an image that adorns Newton’s label. The vines are green and, to an untrained eye, appear healthy. But they are no longer productive and will be removed later this year.

“The vines are green, but in survival mode,” said Jean-Baptiste Rivail, Newton’s general manager. They are for all intents and purposes comatose, incapable of producing excellent grapes. “There is no longer a connection between head and heart,” he said.

A new block that would have come into production this year will also be pulled out. The damage there was clearer.

“The fire was so hot the vines were charcoal,” Ms. Deyermond said. Even so, the decision to pull out vines by the roots and start over has not been easy.

“We’ve gone through the stages of grief,” she said, “and are coming to acceptance.”

Looking across a valley from Newton, I could see the scorched brown vineyard of Cain Vineyard and Winery, where the fires consumed the winery and the 2019 and ’20 vintages, along with the residence and car of Christopher Howell and Katie Lazar, a husband and wife who are Cain’s general managers.

Just after the fires last year, I spoke with Mr. Howell, who told me the vineyard was largely intact. That turned out not to be the case.

“I guess I was in denial,” Mr. Howell said in mid-July. “Everybody wanted the vines to survive. We wanted to say the tissue was still green. We didn’t want to believe any of it.”

While he and Ms. Lazar have not quite come to acceptance, as at Newton, Mr. Howell said he’s no longer in denial, though maybe still bargaining, the midway point of Elisabeth Kübler-Ross’s five stages of grief.

“Just replanting, that’s the priority, not rebuilding structures,” he said. “We have a business to run. We have people to support.”

Both Cain and Newton have made arrangements to make and age wines elsewhere. Cornell already used facilities away from its vineyard.

Mr. Howell estimated that the vineyard would take at least 10 years to replant, a daunting investment in an era of climate change. With the combination of drought and heat waves, fires will continue to threaten the region. Why risk future destruction?

One answer might be in the wines themselves, like the 2008 Cain Five, so-called because it is a blend of the five classic Bordeaux varieties: cabernet sauvignon, cabernet franc, merlot, malbec and petit Verdot. The ’08 is a wine of great refinement, balanced and restrained yet expressing delicate aromas and flavors of purple fruits and flowers. Or the lovely, fragrant 2016 Cain Five, the current vintage on the market.

“If the vineyard has no particular personality, why bother?” Mr. Howell said. “It’s a tough place to farm. There has to be a reason.”

It’s a similar story at Newton, which has been going through a stylistic shift since 2015, aiming to make wines more expressive of the site and with greater finesse, said Andrew Holve, the head of winemaking.

Newton’s 2018 The Puzzle, a red Bordeaux blend of grapes from the Spring Mountain vineyard, is fine and sheer, more elegant than the powerful wines that used to be Newton’s hallmark. Its 2018 Unfiltered Chardonnay is fresh, tangy and textured, a far cry from the opulence and extravagance that were once Newton’s signatures.

These may be Newton’s last full vintages for some time.

After the fires, Mr. Ripail said, Newton, which is owned by LVMH, the French luxury goods corporation, took three months to put together a plan for the future. Cognizant of the continuing threats of drought and fires, they are planning to construct a new winery mostly underground.

The vineyard will be replanted over 20 years with fire breaks and an underground irrigation system, burying the rubber hose lines, which, in their customary aboveground position, often act as fire accelerants. As with all new vines, they will take at least three years of growth before they begin to produce grapes.

Forest management will be a crucial part of the plan. Redwoods, madrones and manzanitas will be replanted, Mr. Ripail said, but not eucalyptuses, which he called “tinder boxes with oils.”

“We have to admit we are vulnerable,” Mr. Ripail said. “Farming on a hillside is risky.”

At Cornell Vineyards, where the proprietors, Henry and Vanessa, were on the cusp of full production after 21 years of experimentation and labor, the fires were a moment of reckoning. They had been in New York at the time of the blazes, and were stunned at the extent of the destruction. For a moment they wavered on reconstruction.

“Oh my gosh, can we really take this on again?” Ms. Cornell recalled. “But we got over it pretty quickly. Our team was like, ‘If you’re game, we’re game.’”

Part of the reasoning was the potential of the property. The Cornell cabernet sauvignons are intense yet precise, with firm but fine tannins. The flavors are savory rather than sweetly fruity, in the best tradition of cabernet sauvignons.

As at Newton, firebreaks and forest management will be a crucial part of the rebuilding plan. With the accelerating effects of climate change, diminishing supplies of water and continued threat of fires, it’s no longer clear that the region will be hospitable to ambitious winemakers. But the Cornells are going to try. 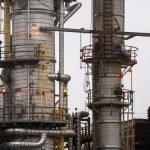 Big Oil Takes a Beating, but Its Investors Are Riding High 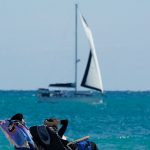