Half the UK’s fishing fleet is at least 30 years old and uses fuel oil that is particularly polluting, according to a report that examines the outsized impact of British ships on the climate crisis.

UK fisheries are estimated to have emitted 914.4 kilotons of CO2 over a one-year period, equivalent to the annual energy use of more than 110,000 homes, the report by the Marine Conservation Society (MCS), WWF and RSPB says.

“Certain types of trawlers use more carbon and emit more fuel emissions than other types of fishing,” said Gareth Cunningham, the head of fisheries and aquaculture at the MCS. “That’s mainly because they use a massive piece of gear and drag it along the seabed. Other types of fishing catch more fish and use a lot less carbon.”

The report calls for policymakers to modernise the British fishing fleet, to move away from carbon-spewing engines and harmful practices such as bottom-trawling, and to demand the same standards from any vessels fishing in UK waters.

“Compare it to agriculture, where you have payments to take forward ecological improvements, and there aren’t similar incentives for fishing,” Cunningham said. “We need to see what’s happening on land happening at sea: incentivising the industry to be more sustainable.”

The report also calls for increased transparency and traceability across the UK fishing industry, including the installation of remote electronic monitoring systems with CCTV across the UK fleet to provide an accurate picture of catch levels and other data.

The old age of many vessels in the UK fleet requires government incentives to help the industry move away from engines that are damaging to the environment, the report says.

Campaigners also want restrictions or bans on seabed trawling, not just because of increased emissions but because it damages marine habitats such as kelp, sea grass and salt marshes that can capture and store carbon, a system referred to as blue carbon.

Cunningham notes that because of the expense there will be resistance from fishers without adequate help from government to transition to less polluting vessels and fishing methods.

“People will need to move away from gear types they’ve invested in, and there will need to be incentives to move to different methods. It doesn’t need to happen overnight but it does need help to happen rapidly. We need action from the government.”

The issue has particular urgency in the run-up to the Cop26 conference in Glasgow, he says. “If we talk about climate change, it seems daft that we don’t talk about looking after the seabed.”

Going vegan: can switching to a plant-based diet really save the planet? | Veganism 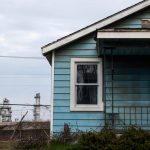