A “cataclysmic day” for three major oil companies in which investors rebelled over climate fears and a court ordered fossil fuel emissions to be slashed has sparked hope among campaigners, investors, lawyers and academics who said the historic decisions marked a turning point in efforts to tackle the climate crisis.

A Dutch court on Wednesday ordered Shell to cut carbon emissions from its oil and gas by 45% by 2030. A tiny activist investor group simultaneously won two places on ExxonMobil’s board and Chevron’s management was defeated when investors voted in favour of forcing the group to cut its carbon emissions.

Chevron is second on the list of fossil fuel firms with the biggest cumulative carbon emissions, ExxonMobil is third and Shell sixth.

“It may be the most cataclysmic day so far for the fossil fuel industry,” said the climate campaigner and author Bill McKibben. “If you want to keep the temperature low enough that civilisation will survive, you have to keep coal and oil and gas in the ground. That sounded radical a decade ago. Now it sounds like the law.”

Sara Shaw at Friends of the Earth International said: “This is a landmark victory for climate justice. Our hope is that the Shell verdict will trigger a wave of climate litigation against big polluters.”

Andy Palmen of Greenpeace Netherlands said: “The verdict is a historic victory. We can now hold multinational corporations accountable for the climate crisis.”

Andrew Logan at Ceres, which coordinates climate action by investors, told the Financial Times: “This will be seen in retrospect as the day when everything changed for big oil. How the industry chooses to respond to this clear signal will determine which companies thrive through the coming transition and which wither.”

Nick Stansbury from Legal and General Investment Management said: “There is a valid question about whether this is a watershed moment in the same way the first big tobacco legal suits were.”

Michael Burger at Columbia Law School in the US said there was no question that the Shell court defeat was a significant development in global climate litigation, and that “it could reverberate through courtrooms around the world”.

Tom Cummins at the UK law firm Ashurst said: “This is arguably the most significant climate change-related judgment yet,” and Joana Setzer at the London School of Economics called it “mind-blowing, basically changing what Shell is at the core”. Scott Addison of the communications firm Infinite Global said: “Today’s ruling puts into stark relief just how high the commercial and reputational costs can get for inaction on climate change.”

Two other major oil companies, ConocoPhillips and Phillips 66, had already suffered investor revolts over climate inaction in recent weeks, but Shell’s court defeat set a new precedent, according to Roger Cox, a lawyer for Friends of the Earth Netherlands, which pursued the case along with 17,000 citizens. “This is a turning point in history,” he said. “It is the first time a judge has ordered a large polluting corporation to comply with the Paris climate agreement.”

Oil and gas majors have posted record losses and write-downs during the coronavirus pandemic. The International Energy Agency said earlier this month that if governments were serious about the climate crisis, there could be no new investments in oil, gas and coal from this year, contrasting with most companies’ plans for further exploration.

Shell said it expected to appeal against what it described as a disappointing judgment, which could take two years, and Chevron’s chief executive, Mike Wirth, said the company could boost financial returns and cut carbon at same time.

Exxon’s chief executive, Darren Woods, said he had heard shareholders’ desire for change and  that the company was well positioned to respond. Oil company climate plans have been criticised for not including all of their products, moving too slowly and being overly reliant on carbon offsets.

An editorial in the Wall Street Journal, which has frequently been sceptical about global heating, said: “The usual suspects are casting ExxonMobil’s partial defeat in a proxy shareholder battle as a Waterloo for fossil fuels. [But] this wasn’t a revolt by retail investors against fossil fuels. It was a progressive political coup. Fossil fuels aren’t going away, and Exxon won’t prosper if it acts like they will.”

James Murray, the editor of the BusinessGreen website, said: “The events [on Wednesday] are still only baby steps towards these companies credibly transforming their businesses in line with the goals of the Paris agreement. Has the day of reckoning finally arrived for big oil? If it has, they can’t say they weren’t warned.” 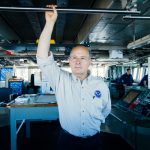 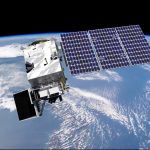 PACE: Persistence and Perseverance Despite Pandemic