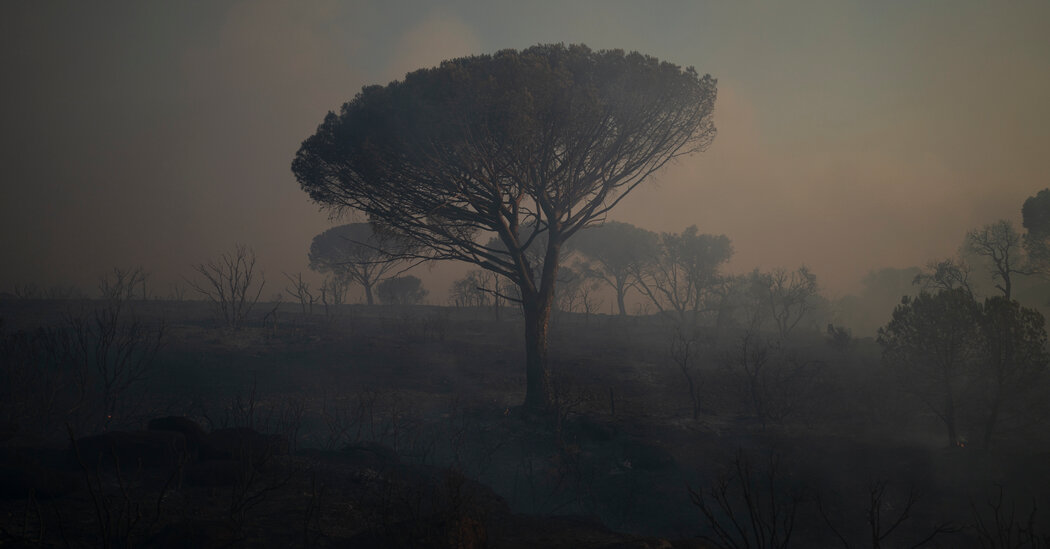 “We’re seeing a broader selection of very interesting wines because of this warming,” said Dave Parker, founder and chief executive of the Benchmark Wine Group, a large retailer of vintage wines. “We’re seeing regions that historically were not that highly thought of now producing some excellent wines. The U.K., Oregon, New Zealand or Austria may have been marginal before but they’re producing great wines now. It’s kind of an exciting time if you’re a wine lover.”

The rising temperatures have certainly hurt some winemakers, but in some wine-growing areas the heat has been a boon for vineyards and the drinkers who covet their wine. Mr. Parker said growing conditions for sought-after vintages in Bordeaux used to come less frequently and sometimes only once every decade: 1945, 1947, 1961, 1982, 1996 and 2000. They were all very ripe vintages, because of the heat. But in the last decade, with temperatures rising in Bordeaux, wines from 2012, 2015, 2016, 2018, and 2019 are all sought after — and highly priced.

And then, there are the wines from previously overlooked regions.

“What I’d say is, currently, there hasn’t been a better time for wine collectors,” said Axel Heinz, the estate director of Ornellaia and Masseto, two of Italy’s premier wines. “The vintages and wine have become so much better. And for us, the changes over the past 20 years have put a focus on many growing regions that collectors weren’t interested in before, like Italian and Spanish wine.”

(Still, he said, his vineyards are not immune to the negative effects of climate change, with increased risk of spring frosts and hail.)

Yet for all the romance attached to making wine, it’s essentially farming. So while winemakers have been reaping the benefits of higher temperatures, the grape growers have had to adapt in ways that are going to affect prices as well as the types of grapes. (And of course, vineyards are sometimes integrated, so the grape growers and the winemakers are all part of the same operation.)

We can’t stop rising sea levels, but we still have a chance to slow them down | Tamsin Edwards

What we lose when we lose our glaciers | Environment