The Chinese host of a United Nations world heritage committee has defended a proposal to label the Great Barrier Reef as “in danger”, and rejected Australian government suspicion that China influenced the finding for political reasons.

It came as the Morrison government sought to use a new report by Australia’s marine science agency to argue there had been widespread coral recovery on the reef.

The report, by the Australian Institute of Marine Science, found coral coverage along the 2,300km reef had increased after a year of benign conditions without high ocean temperature or cyclones.

But it also said the new corals growing in the wake of three mass bleaching events in the past five years were of a fast-growing species that could be quickly wiped out by storms, ocean heatwaves and coral-eating starfish.

The United Nations Educational, Scientific and Cultural Organization (Unesco) world heritage committee is meeting both virtually and in the Chinese city of Fuzhou for the next two weeks. Consideration of the draft recommendation the reef be listed “in danger” is expected on Friday.

Tian Xuejun, the Chinese vice minister of education and the president of this year’s committee meeting, told a media conference the change was based on data from the Australian government and recommendations from an advisory body.

“Australia, as a member state of the world heritage committee, should … attach importance to the opinions of the advisory bodies and earnestly fulfil the duty of world heritage protection instead of making groundless accusations against other states,” Tian said, according to a report by Associated Press.

The Morrison government reacted angrily when the draft reef recommendation was released last month. The federal environment minister, Sussan Ley, said the decision was flawed and motivated by politics. She did not mention China by name, but media outlets reported that the government blamed Beijing.

Relations between the two nations have soured in recent years, with Australia blocking Chinese technology and investment in key infrastructure, and China using tariffs and other measures to reduce its imports from Australia.

The Australian government has embarked on a lobbying campaign to avoid an “in-danger” listing. Ley flew to Europe last week and the government’s reef envoy, Warren Entsch, hosted 14 ambassadors based in Canberra on a snorkelling trip to the reef.

In a statement, Ley said the report by the marine science agency on Monday found 85% of reefs surveyed showed increases in hard coral cover and minimal impact from last year’s coral bleaching. She said it underlined the government’s view that the proposed “in danger” listing was not been based on the latest information.

But conservationists and reef experts said the Australian Institute of Marine Science report illustrated why the internationally recognised reef system was in danger and should be placed on the world heritage list.

The report said monitoring the coverage of coral over reefs was “a simple and robust measure of reef condition” but it revealed nothing about “the diversity or composition of coral assemblages”.

Australian Institute of Marine Science chief executive, Paul Hardisty, said increases in the number of corals were expected “during periods of low disturbance”.

“Another year like this will continue the reef’s recovery, but the increasing prominence of climate-related extreme weather events and crown-of-thorns starfish outbreaks is causing more severe and frequent pressures, giving the reef fewer opportunities like this to recover,” he said.

The Australian Institute of Marine Science examined the health of 127 of the Great Barrier Reef’s 3,000 reefs between August 2020 and April 2021.

Dr Mike Emslie, who leads the monitoring program, said much of the increase in coral cover was thanks to Acropora corals. He said they were “fast to grow” but also “often the first to go”.

“They are susceptible to cyclones, coral bleaching and are the favourite food for crown-of-thorns starfish,” he said.

Prof Ove Hoegh-Guldberg, an expert on the reef and coral bleaching, said the report changed nothing about the dangers it was facing.

“You can bulldoze a rainforest and put in a pine plantation, and you might have the same number of trees. But concentrating just on corals and coral cover can be misleading if you want to understand the state of an entire ecosystem,” he said.

Guardian Australia last week revealed oil-rich Saudi Arabia and Bahrain were co-sponsoring amendments that back Australia’s position on the reef. They ask the world heritage committee to push back a decision on an “in danger” listing until at least 2023.

A senior Unesco official told Ley in a face-to-face meeting in Paris last Tuesday that the organisation had followed all necessary steps before recommending the reef be listed as in danger.

The Unesco draft decision said Australia’s long-term plan for the reef “requires stronger and clearer commitments, in particular towards urgently countering the effects of climate change.”

Mechtild Rössler, the Unesco director of the world heritage committee, said: “We acknowledge very much the work which has been done in Australia, but our text in the draft decision … is a proposal for putting the site on the list of world heritage in danger because of the threats which were identified.”

MPs and some business leaders have expressed concern an “in danger” listing could affect tourism and imperil the livelihoods of people who work on the reef. They have argued the climate crisis threatening the reef cannot be addressed by Australia alone, and it should not be listed as “in danger” when other sites at risk from climate change had not yet had their listing changed.

Ernesto Ottone Ramírez, the assistant director general for culture at Unesco, said an in-danger listing should be viewed as a collective call for action from all the member states.

“It’s something that should be seen as something positive and not, as what we heard from some of the authorities in other countries, as a punishment,” he said, joining the news conference from Paris. “It’s how we preserve our heritage for future generations.” 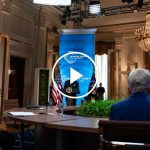