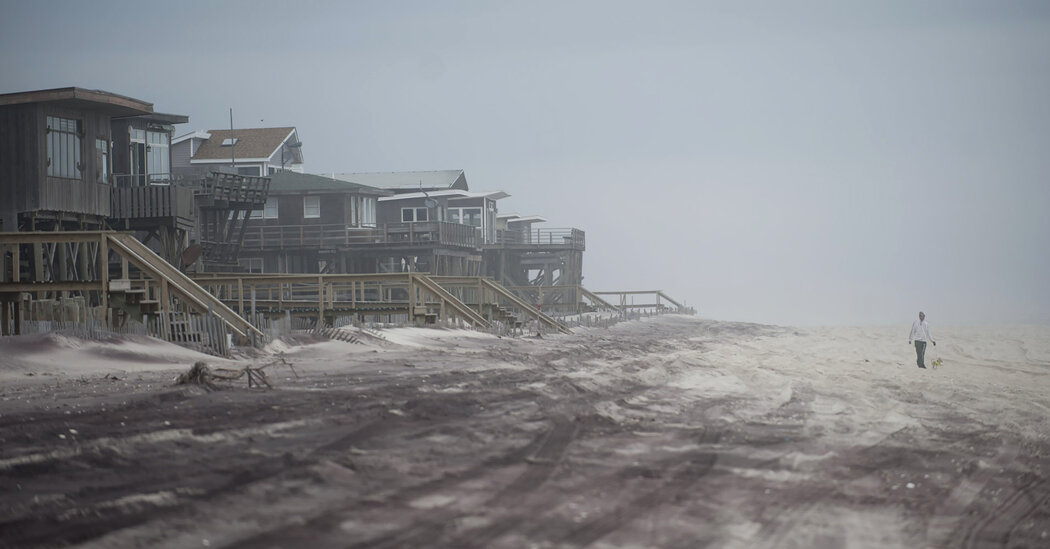 WASHINGTON — One of the federal government’s main efforts to push Americans to prepare for climate threats is in question after the Senate majority leader’s office objected to a plan to adjust flood insurance rates.

The Federal Emergency Management Agency was preparing to announce new rates for federal flood insurance on April 1, so that the prices people pay would more accurately reflect the risks they face. The change would very likely help reduce Americans’ vulnerability to floods and hurricanes by discouraging construction in high-risk areas. But it would also increase insurance costs for some households, making it a tough sell politically.

Last week, the office of Senator Chuck Schumer of New York, the Democratic majority leader, pushed back on the changes, according to several people familiar with the discussion. That pushback has caused FEMA to pause the rollout of the new rates.

Senator Schumer objected to the flood-insurance overhaul when it was first announced in 2019, citing its potential to raise costs for people on Long Island. The new system would mean steeper rates for some high-value homes, and the southern shore of Long Island includes the Hamptons, which have some of the most expensive real estate in the country.

Senator Schumer’s office told FEMA that the new rates could have a “severe impact” on some communities in New York, according to a person familiar with the conversation. The person said that the senator’s office had asked FEMA to reconsider going forward with the plan and asked the agency for a follow-up meeting, which, as of Wednesday, had not been scheduled.

“FEMA shouldn’t be rushing to overhaul their process and risk dramatically increasing premiums on middle-class and working-class families without first consulting with Congress and the communities at greatest risk to the effects of climate change,” Alex Nguyen, a spokesman for Senator Schumer, said in a statement. “Congress and the Biden administration must work together in a collaborative and transparent process.”

In a statement, a FEMA spokesperson, who asked not to be identified, said the agency would continue to work with Congress to implement the plan, saying the changes would make insurance rates “better reflect an individual property’s unique flood risk.”

The objections from Senator Schumer’s office create a political dilemma for the Biden administration, which has committed to address climate change. Unlike rejoining the Paris Agreement or banning drilling on public lands, moves that have broad Democratic support, increasing the cost of flood insurance is unlikely to generate a positive response from voters.

But flood insurance is one of the most powerful tools the federal government has to limit the damage done by climate change, by influencing how and where Americans build homes. And even if the administration succeeds at reducing United States greenhouse gas emissions, the buildup of those gases already in the atmosphere means that floods and hurricanes will continue to worsen for the foreseeable future.

That means the government must focus on warning homeowners about the flooding threat, according to climate and disaster experts. That encourages people to take steps to reduce their exposure, like elevating their homes or moving.

“Premiums should be based on risk, so people can have accurate signals about the nature of the hazards they face,” said Chad Berginnis, executive director of the Association of State Floodplain Managers. “I really hope Congress is able to engage constructively here.”

Under the new approach, 23 percent of households with flood insurance would see their rates fall right away, by an average of $86 a month, according to data provided by FEMA, because the updated formula shows they have been overpaying based on their risk. Another 73 percent would see either no change or an increase of no more than $20 a month.

But for some of the remaining households, costs would go up significantly, according to others briefed on the changes.

Congress prevents FEMA from increasing a household’s flood insurance premiums by more than 18 percent a year. Under the new system, some households would face that maximum annual increase for 10 years or more. As a result, their rates could increase at least fivefold over that time.

Those big rate increases would mostly apply to higher-cost homes, which under the current formula tend to underpay for insurance. Many of the people that would see a decrease live in lower-cost homes.

The pushback from Senator Schumer is important because, as Senate leader, he can exert significant influence over FEMA. He controls the Senate floor, so he holds sway over the timing of critical confirmation votes — including Deanne Criswell, the Biden administration’s nominee for FEMA administrator — and other senior roles.

FEMA also depends, like every agency, on congressional approval for its annual funding and must persuade Senate leaders to support any requests for additional money or authority for new programs — for example, to better respond to disasters or prepare for the effects of climate change. For reasons like these, the agency’s relationship with the Senate leadership is particularly important.

The dispute is only the latest delay for the overhaul.

When FEMA announced the change, in 2019, the new rates were supposed to take effect in October 2020. But the Trump administration pushed back the new rates until this year, worried in part that increasing premiums shortly before the election would hurt President Donald J. Trump politically, according to a person familiar with the discussions.

But opposition also came from Congress, including from Senator Schumer.

After FEMA first said it would it would overhaul rates to reflect the full flood risk homeowners faced, Senator Schumer held a news conference criticizing the plan.

“How can we ram through a national flood insurance plan that could unfairly put a bull’s-eye on the backs of Long Island and New York homeowners without more consultation?” Senator Schumer said at the time, citing the potential effects on property values. The Long Island coastline is home to everything from modest bungalows and suburban communities to multimillion-dollar waterfront estates.

Senator Schumer’s message for FEMA, he said then, was simple: “Halt. Stop. Stop this plan.” 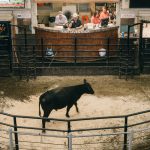 ‘The Worst Thing I Can Ever Remember’: How Drought Is Crushing Ranchers