Seasonal changes linked to the climate crisis have reduced annual average farm profits by 23% – or about $29,000 per farm – over the past 20 years, according to the federal government’s agricultural research agency.

The drop in average profitably over 2001 to 2020, compared to the period between 1950 and 2000, came as Australia’s climate warmed and winter rainfall declined in the continent’s south-west and south-east.

A new report by the Australian Bureau of Agricultural and Resource Economics and Sciences found farm profits could fall by up to 50% over the next three decades if global greenhouse gas emissions were not significantly reduced and producers did not adapt to the changing climate.

Scenarios under which emissions were cut more significantly were projected to lead to smaller reductions in farming profitability.

The bureau’s executive director, Dr Jared Greenville, said the report – based on projections by the Bureau of Meteorology and CSIRO – showed seasonal conditions over the past two decades had been “pretty rough for Australian farmers”.

“Lower average rainfall and higher average temperatures have had a negative impact on farm productivity and profit,” he said. “The good news is that farmers have made some remarkable progress in adapting to these hotter and drier conditions.”

Greenville said that after accounting for climate impacts, productivity growth in broadacre farming had increased by 28% since 1989.

“The cropping sector has seen a huge gain of 68%,” he said. “New technologies and practices mean that farmers are able to grow crops under lower rainfall conditions than they could in the past.”

The bureau report suggested Western Australian cropping farmers could face more pressure than those in eastern states under most scenarios as they were expected to face more substantial declines in winter rainfall. It said the impact on inland livestock farmers was expected to be most severe in central Queensland and parts of western New South Wales.

It said the average farm size was likely to increase as smaller farmers would face greater pressure from climate change. Greenville said investing in research, development and climate data would be crucial in preparing for what lay ahead.

He said future climate projections of the extent to which rising temperatures would reduce rainfall varied markedly – from 3% to up 30% by 2050 compared with pre-2000 levels.

“This uncertainty over future rainfall is itself an important constraint on farmer adaptation,” he said. “While farmers have made significant progress to date, further adaptation will be required to maintain our competitiveness, particularly if other nations are not impacted to the same extent.”

The report lands amid debate within the Morrison government over how agriculture is treated under a potential 2050 net-zero emissions target. Some Nationals opposed to the target have suggested they could be swayed if farming was heavily subsidised.

While Australia continues to resist, more than 120 countries and most major business and industry lobby groups including the National Farmers Federation say they support the 2050 goal. The G7 group of major developed countries have pledged to reach net zero by 2050 at the latest and turned their attention to plans to make much deeper cuts by 2030.

The governor of the Reserve Bank, Philip Lowe, last month told the Australian Farm Institute conference that reducing emissions would be important for Australia’s agricultural sector as up to 70% of its output was exported and international investors were highly focused on decarbonisation.

“Agriculture has tremendous opportunities here, but we need to find ways to disclose to global investors and global customers the decarbonisation strategy and how successfully we are doing that,” he said.

“It is a really important issue and it’s going to become more important.” 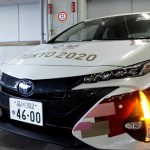 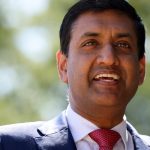 Alok Sharma is trying to save the world. Should he be able to fly to do it? | Climate change