Thousands of protesters, young and old, took to the sea and the beaches and streets of Cornwall to try to make their voices heard by the G7 leaders.

Arguably, the most picturesque demonstration took place off Gyllyngvase Beach in Falmouth where more than 1,000 surfers, kayakers and swimmers staged a “paddle out” organised by Surfers Against Sewage (SAS) to call for more protection for the world’s seas and oceans.

Surfers from all over the UK unfurled banners demanding: “Save our seas” while others chanted: “Climate action, now!” and: “Do not let or planet die!” A giant, inflatable shark warned against the issue of sea life consuming discarded plastic.

Rhi Westcott, who travelled from Cheltenham, Gloucestershire to join the paddle out, said: “Today is about sending a message to governments that the world demands action, that helping to better protect our oceans and the environment is paramount.”

Joe Turnbull from Falmouth said: “Living in Cornwall, I always feel acutely aware of the environment all around us. You far too often see plastic on the beaches or in the sea when out swimming and paddle boarding yet governments around the world always seem so slow to act or drive change.

“Action is needed now to prevent the climate catastrophe we are hurtling towards, and with the G7 in town this was the perfect time to make our voices heard.”

Hugo Tagholm, the chief executive of SAS, said: “We’ve got world leaders in Carbis Bay discussing how we’re going to emerge from the pandemic greener and more sustainable and the ocean needs to be central to that. We have to put the ocean at the heart of climate action.

“We’ve seen in the pandemic that they can mobilise huge amounts of money and collaborate to create vaccines in just a year. But they need to act with the same urgency for the nature, biodiversity and ecological crisis. Now’s the time for radical action – business as usual is killing planet ocean.”

Nearby, Oxfam campaigners posed as G7 leaders on Swanpool Beach. The charity has called on G7 leaders to commit to cutting emissions further and faster, and to provide more finance to help the most vulnerable countries respond to the impacts of climate change.

About 50 members of the group Animal Rebels occupied a McDonald’s in Falmouth, calling on the fast food giant “to kickstart the transition to a plant-based food system”.

Members of Extinction Rebellion (XR) made a procession through the town and up to the media centre for the summit, calling on the world’s journalists to “tell the truth” on climate change on other issues.

Other members of XR scrubbed the windows of the HSBC Bank, claiming it was investing heavily in fossil fuels while “fobbing us off with greenwashing”.

About 200 people marched through the town of Hayle, near Carbis Bay, as part of a “Resist G7” protest.

The group included members of CND and the Stop the War coalition, trade unionists, supporters of Palestine and Kashmir and anarchists.

They met on the quayside and marched through the town and on to the beach. There was frustration from the protesters that they were so far away – more than a mile – from Carbis Bay, but a ring of steel meant they could not get nearer.

Prof Clare Saunders, an expert in environmental protests from the University of Exeter who is observing activists in Cornwall, said: “Protests organised by networks and organisations so far have been friendly and open to all. There is a real community, festival-type atmosphere.

“It looks like the lack of public transport in Cornwall has helped create a sense of community between protesters. Rather than relying on trains or buses many are getting lifts together in cars, and I think this is helping to create a friendly atmosphere.” 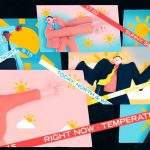