The EU executive has unveiled sweeping proposals to tackle global heating, warning of “a make-or-break decade” in the fight against the climate and nature crises.

The dozen draft laws, spanning tighter curbs on industrial pollution, higher renewable energy targets, and the goal of planting 3bn trees, are intended to ensure the EU cuts greenhouse gas emissions by 55% by 2030 compared with the levels in 1990.

The mammoth legislative bundle, which has to be agreed by EU ministers and members of the European parliament, was published as huge wildfires raged in Siberia, and Death Valley, in California, recorded what could be the highest reliably recorded temperature on Earth.

The bloc has pledged to be carbon neutral by 2050, and hitting the interim target will be critical to staying on track.

Frans Timmermans, the European Commission vice president in charge of the EU’s green deal, said: “This is the make-or-break decade in the fight against the climate and biodiversity crises.

“Yes it is difficult, yes it is hard. But it’s also an obligation, because if we were to renounce our obligation to help humanity live within planetary boundaries we would fail not just ourselves but we would fail our children and our grandchildren, who in my view, if we don’t fix this, will be fighting wars over water and food.”

The EU, which has its roots in the European Coal and Steel Community, casts itself as a global champion of climate action and hopes other countries will follow its lead, ahead of the UN Cop26 international climate talks in Glasgow this November.

Carbon pricing is a red thread running through the proposals. Ursula von der Leyen, the European Commission president, said CO2 emissions had to have a price “that incentivised consumers, producers and innovators to choose the clean technologies”. She promised that CO2 pricing would come with social compensation to help those who needed it most pay for greener transport and for energy efficiency upgrades to their homes.

Brussels also hopes to effectively banish the internal combustion engine from car production lines, with a goal that all new cars be zero emission by 2035.

One of the most controversial ideas is a levy on polluting imports, such as steel, aluminium and fertiliser. The proposed “carbon border adjustment mechanism” would mean foreign companies paying to sell polluting products into the EU – an attempt to protect European firms from being undercut by lightly regulated rivals. EU officials are confident they can avoid trouble at the World Trade Organization because, they say, European firms are subject to equivalent constraints.

Industrial plants inside the EU will face tighter curbs on emissions under the bloc’s emissions trading system, with free allowances to be phased out by 2030, or later.

The Emissions Trading Scheme was launched in 2005. It lets electricity generators and heavy industry buy permits (allowances) to emit pollutants but in a steadily diminishing number; there is an overall cap, which is reduced year by year.

Officials say the scheme has cut emissions by 43% in these sectors. They now hope to use an equivalent free-market scheme to drive down emissions in other sectors.

But even before the new plans, directed towards the transport and buildings sector, were released, the idea ran into opposition. The chair of the European parliament’s environment committee, Pascal Canfin, said it was “politically suicidal” for the EU to create an emissions trading scheme for buildings and road transport.

The commission wants fuel suppliers to buildings and vehicles to buy the pollution permits from 2025, as it believes price signals will drive down emissions more effectively than standard setting alone.

Campaigners have long warned that a cap and trade system for these sectors, which together account for more than half of the EU’s emissions, could send consumer energy bills soaring, adding to energy poverty and public protests. The commission has said this outcome could be avoided, given its proposed social climate fund with €72.2bn (£61.4bn) earmarked from the EU budget over seven years.

The social climate fund would be used for energy efficiency improvements in homes and as a help to drivers switching to “green” vehicles. National governments would be required to pay into the fund and organise the programmes. “This is not an EU cash machine,” said a senior EU official.

Lawmakers hope for a rapid agreement on the laws in 2022, amid warnings that delay will imperil achieving the end-of-decade target.

“There is a general understanding that we need to go fast and not drag our feet regarding climate emergencies,” said Canfin, whose committee will be responsible for shepherding many of the laws through the European parliament.

Canfin, a French centrist MEP, said that if centre-right lawmakers in the European People’s party tried “to dilute the package then it’s very likely we will go for what we call the progressive majority” – referring to liberals, social democrats, left-wingers and greens as well as some rebel EPP MEPs.

Martha Myers, energy poverty campaigner for Friends of the Earth Europe, said the proposals were “unfit for the just energy transition people and the planet desperately need”. She added: “The commission’s move to extend emissions trading to buildings shows a lack of solidarity. It throws low-income people into high-energy price waters while offering only a swimming float of support to relieve energy poverty.” 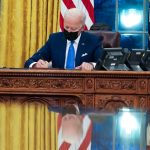