During Extinction Rebellion’s climate protests of 2019, April De Angelis staged a riotous drama called Mrs Noah in Parliament Square in central London. A riff on the biblical floods, it reflected on human extinction with laughs along the way.

Now comes another climate drama in which De Angelis declares her XR affiliations, but with no hint of levity. We begin in a dystopic 2030. The narrator, played by Kiran Landa, tells us of a nuclear hot sun, marauding gangs and shootouts in M&S food halls. The scenario bears some echoes of pandemic stresses, from the food queues to the pervading panic.

But just as the scene is set, the story switches. Landa announces herself as the writer – De Angelis – and begins to present an argument for urgent climate action. “We are now experiencing the sixth mass extinction,” she says and weaves together facts and figures on everything from forest fires, floods, greenhouse gases and deforestation to oil and plastics, with recorded testimonies from XR members.

Directed by Kirsty Housley, this turn pulls the rug from under our feet at first and makes the show feel like an XR action rather than a play. At times, it looks and sounds like an educational documentary, with diagrams flashing up on projections across the floor and on an angled screen above the set.

But this lecture builds its drama with its own gripping truth. We hear that the bubonic plague lurks within the planet’s melting ice (“What new pandemics lurk in the future?”), that the soil is disappearing, that vegetation is becoming less nutritious and that forest fires are triggering “fire tornadoes”. The testimony of a British Bengali woman, Suhayla, who returns to her grandmothers in Bangladesh to tell the story of the floods that are destroying huge swathes of life, is especially powerful.

Landa gives a rousing performance while Nina Dunn’s projections are atmospheric and look epic on upper and lower screens, from drifting clouds to undulating ocean waves. The writing, too, has stand-out moments, and is novelistic in its descriptions. All elements combined create a sense of dread and danger.

The work’s “making” is explicit: it takes place before us with cameras, green screens and audio recordings turned on and off. These meta elements, along with the overt switch to theatrical activism, trigger certain questions: is this a play or a piece of polemic? Does a drama always require the suspension of disbelief? Can a lecture be a drama if it contains story and suspense?

Extinct makes the point that climate apocalypse is within sight – not so very removed from the initial, imagined scenario in 2030, and that we need to act. “I have an hour to convert you to the cause of climate change,” says the narrator. Even if Extinct preaches to the converted, there is plenty of power in that. Here, it feels necessary and urgent. 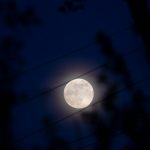 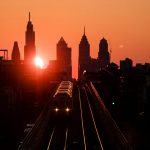