Environmentalist protesters have blocked another main junction in London’s West End, calling for “crisis talks” over global warming on the second day of Extinction Rebellion’s latest campaign of protest.

Protesters swooped on Cambridge Circus, in the heart of the capital’s theatre district, just after 3pm. Police managed to encircle gear brought in by activists, holding the middle of road as protesters danced around them to music from a mobile sound system.

The spot had been intended as a space for ‘“crisis talks” – a citizens’ assembly where members of the public could debate the climate emergency, Gail Bradbrook, XR’s founder, told the Guardian.

“The point that we are making – we’ve got tables for engagement with ordinary people – is that XR is not here to tell people what to do; we are here to say there’s a crisis folks, we’ve got to do this together,” she said. “The leaders of the country and of business are leading us off a cliff, so we’ve got to come together.”

In an interval from the music, speakers addressed the crowd, emphasising the urgency of the climate situation and the importance of mass protest. Siân Berry, acting leader of the Green party, who sits in the London assembly, said: “I’m so proud of all of you for the work you do holding these spaces for public debate.”

The Metropolitan police said 40 people were arrested at the protests, taking the total number of arrests over the three days of activity by Extinction Rebellion to 102. This includes 10 on Sunday and 52 on Monday.

Aislinn MacDonald, 30, from New Cross, was protesting with XR for the first time. She said: “Climate change is important, people need to be made aware and it’s fucking bullshit that the government are not doing anything.”

Ben Sharpley, 22, from Southampton, was waving an XR flag. He said it was fear that had motivated him to join the demonstration. He said: “I’m scared. I’ve seen the science, I’ve seen what’s happening. At first it was intellectual interest, and now I’m properly scared.”

Police responded to the occupation of Cambridge Circus by rushing into the centre of the junction and surrounding a buoy and a van brought by activists and officers took their opportunity to expand their own occupation when crowds parted to let a fire engine through.

The Cambridge Circus occupation was one of a number of XR actions taking place on Tuesday. Earlier, hundreds of XR protesters blocked Whitehall in a protest against HM Revenue and Customs’ links to Barclays Bank.

Activists from the group’s Welsh chapter stopped traffic by locking themselves together in the street in front of the tax collection department and displayed banners saying, “Government in bed with climate criminals”, “Trethi i Barclays = Llifogydd yng Nghymru (Taxes for Barclays = Flooding in Wales)”, and, simply: “HMRC stop banking with Barclays”.

Addressing the protest on Twitter, the Met said: “We have made a number of arrests on Parliament Street so far. Some people have once again used complicated lock-on devices, adding to the unreasonable nature of this disruption.”

Meanwhile, Liberty, the human rights organisation, raised the alarm over the prospect that the Met may be using live facial recognition at XR’s protests, after members of its legal team spotted a van kitted out with cameras that had been used in previous trials close to XR’s protest in Covent Garden on Monday.

Emmanuelle Andrews, Liberty policy and campaigns officer, said: “Protest is a key part of a free democracy yet this fundamental right is currently under threat in this country, either through legislation with the policing bill or through on the ground intimidation.

“The use of surveillance tech at protests is clearly an example of the latter. Police have serious questions to answer about whether or not they are using facial recognition to identify people at protests.”

The Guardian has contacted the Metropolitan police for comment. 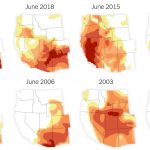