The introduction of a four-day working week with no loss of pay would dramatically reduce the UK’s carbon footprint and help the country meet its binding climate targets, according to a report.

The study found that moving to a four-day week by 2025 would shrink the UK’s emissions by 127m tonnes, a reduction of more than 20% and equivalent to taking the country’s entire private car fleet off the road.

The shorter working week has gained traction among economists, businesses and some politicians in the past few years. The consumer goods company Unilever announced a year-long trial in New Zealand starting last December and the government’s of Spain and Scotland launched national level pilot schemes.

Advocates say reducing working hours would create jobs, improve people’s mental and physical health and strengthen families and communities. A recent report found the change could prevent a steep rise in unemployment post-Covid pandemic and that most larger companies would be able to cope with the change through higher productivity or by raising prices.

The study, by the environmental organisation Platform London and the 4 Day Week Campaign, found a four-day working week could also play a key role in tackling the escalating climate emergency, not only reducing emissions from high-energy workplaces and transport but also cutting the carbon footprint of goods consumed in the UK but produced overseas.

Caroline Lucas, the Green party MP, is one of a growing number of politicians backing the idea. “It would not only help deliver on the promise to build back better, it would also have a major impact on carbon emissions. It would improve people’s health, give them the time to give back to their communities as so many want to do, and help address the climate emergency.”

The report found a cut in working hours would reduce energy use in the workplace and slash transport emissions by cutting back on commuting. It also found that giving people an extra day off increased the amount of “low-carbon” activities they enjoy from rest to exercise, community-building to seeing family, helping reduce overall consumption.

Laurie Mompelat, an environmental researcher and report author at Platform London, said: “Shifting to a four-day working week with fair pay for all can help us change the way value is created in society by making more space for care, rest and relationships.

“A shorter working week without loss of pay is a crucial investment in human capital, at a time where everyone’s contribution, care and creativity is required to bring about a more sustainable society.”

Joe Ryle, a campaigner with the 4 Day Week Campaign, said: “We already know that the four-day week is good for workers’ mental health and wellbeing but this report proves that it can be a great move for the environment too.

“The environmental movement must get behind the calls for a shorter working week as it could make a real difference in the race to limit the worst effects of climate change.” 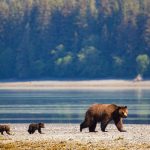