Rishi Sunak will face questions from MPs on the influential Commons Treasury committee this week over his spend now, pay later budget plan to combine emergency Covid support schemes with the biggest tax rises since 1993.

The chancellor outlined tax rises on companies and middle-income workers to pay for an extra £65bn of financial support to see the UK through the pandemic, bringing total government spending on the crisis to more than £400bn.

Here are some of the key subjects the committee is likely to question him about this Thursday.

Sunak used the budget to promise the government would “go long” with emergency Covid support, with £65bn of fresh funding. Business leaders broadly welcomed the extension of furlough until September, business rates relief, grants, loans and VAT cuts. But there is concern that the economy will not be back to full strength this autumn. Sunak will be asked if he has gone long enough.

Plans to cut the £20 a week universal credit uplift after six months, which risks plunging some households into poverty, will also face heavy scrutiny.

The chancellor said he was being “honest” that tax rises would be required in response to a record peacetime deficit of £355bn and persistent higher levels of borrowing. Sustainability of national debt levels will be a central question.

However, Sunak faced a backlash from some Tories over plans to freeze income tax thresholds and raise corporation tax from 19% to 25% in 2023.

The Institute for Fiscal Studies warned his plan could prove unrealistic, and questioned whether the chancellor would really go from “Santa into Scrooge” with £50bn of tax rises and spending cuts – including the NHS reverting to pre-Covid spending levels – after April 2022.

Plans for a “super-deduction” tax break on business investmentthat could hugely benefit Amazon’s main UK service company are also likely to be on the MPs’ agenda. Expect the chancellor to be questioned about the fairness of his plans.

The chancellor will face questions over “levelling up” funds for Tory-voting areas after it emerged that 39 out of 45 towns receiving £1bn from the new “towns fund” are represented by Tory MPs. Sunak’s relatively affluent Richmond constituency in North Yorkshire is also among areas in the highest priority tier for the separate “levelling-up fund”, while less prosperous areas have been left out.

The chancellor has faced criticism for not going far enough with tax and spending measures to tackle global heating. Critics warned that the UK’s new national infrastructure bank was likely to make little impact. Sunak will be grilled on why he did not do more.

Several key decisions were delayed by the chancellor for another day. However, the Treasury said it would launch a series of consultations on 23 March, which is being billed as “Tax Day”. Sunak could be questioned about mooted measures left out of the budget.

There had been speculation an online sales tax would form part of promised reforms of business rates. Accountants said it was surprising nothing was said on the subject, given the pandemic’s impact on bricks-and-mortar retailers and the accelerated shift to online spending. 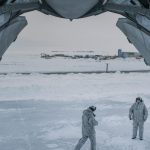 In the Russian Arctic, the First Stirrings of a Very Cold War