In an extra-secure, 90-minute session, with the phones and wifi cut off, all designed to block any eavesdropping by a prying foreign state, leaders of the G7, with glorious St Ives sunshine outside, wrestled with an issue that will probably dominate the rest of their political lives – China and the right balance between extreme competition and necessary cooperative coexistence.

Kurt Campbell, Joe Biden’s Indo-Pacific policy director, describes the dilemma as presenting “complex coexistence paradigms”, something of which he says the US has had little previous experience.

To put it crudely, can the west hang tough with China on a Monday over trade, human rights and investment rules, and cooperate with them on a Tuesday over climate change?

In the Cornwall discussions, Biden, according to US officials, led in the forceful camp followed by Boris Johnson, the Canadian prime minister and the French president. Biden was especially keen for the G7 leaders not just to decry the use of forced labour in Xinjiang province in western China in their communique, but for the west collectively to agree to act. The fact that Johnson had to propose a working party shows how delicate the issue has become, and how elusive consensus. The Munich security forum last week devoted a whole report to the subject of how liberal democracies can “compete where they must – and … cooperate with competitors where they can”.

Much thinktank time is also expended dissecting how Biden’s approach to China differs from that of Donald Trump. On many counts, Campbell and Matthew Pottinger, Trump’s chief theorist of the China threat, would not disagree. They both came to the view that China is no longer just seeking to become the modern workshop of the world but also an active ideological alternative to the liberal order.

But Trump and Biden’s teams differ on the best response. Biden’s policy is not just to slap tariffs in a trade war or to impose sanctions, but also to join hands with Europe to outcompete, making the west collectively a more compelling example for countries caught between China and the US.

Speaking at the Brookings Institution, Fiona Hill, a former security adviser to Trump, said: “Looking back on the past years Trump was fixated on that trade surplus”, adding that he constantly characterised the EU as a hostile trade competitor virtually indistinguishable from China. “If the US is paying for the EU’s military security then he thought the US should have unfettered access to EU markets.” This made him blind to the virtue of working with the EU to challenge China.

Biden, by contrast, is spending his first week on European soil seeking to woo and reassure his allies after four years on the edge of a nervous breakdown. In Cornwall, he never threw up a chance to send a bouquet, inviting Angela Merkel to the White House, signing an a new Atlantic charter with the British in a nod to the wartime special relationship and insisting he was just delighted he was in the presence of a French president.

But he is also trying to propose to Europe a credible strategy with which to challenge the Chinese state capitalist model. So he proposes a plan for a western belt and road initiative, a plan to replace Huawei’s dominance and a plan to secure critical supply chains.

Jennifer Hillman, from the Council on Foreign Relations, points out that the White House last week produced a 100-day report entitled “building resilient supply chains, revitalising manufacturing and fostering broad-based growth”. The paper was not just a blueprint to revive the US economy, it is really about getting American and European capitalism fit enough to compete with state-sponsored Chinese capitalism.

Its focus is semiconductor manufacturing; large-capacity batteries, such as those for electric vehicles; critical minerals and materials; and pharmaceuticals and advanced pharmaceutical ingredients. In every product sector, the White House report makes explicit reference to “working with Europe”.

Hillman says this “is not all about decoupling from China but instead adding resilience to supply chains and ending sole sourcing. It’s less about shutting down trade, but being more competitive.”

The same can be said for “build back better world”, the proposal to set up a rival to the Chinese belt and road initiative by offering developing countries a transparent green route to investment in ports, roads and digital infrastructure. The scheme, judging by a White House note, is a work in progress, has little new money attached and seems to be about rebadging a network of existing US and EU schemes. But it is a start.

It is ambitious plans such as these that allow Emmanuel Macron to claim Biden has already shown that leadership is about partnership. Sitting by the president he said: “It’s great to have a US president part of the club and very willing to cooperate.”

Jacob Funk Kirkegaard, a resident fellow at the German Marshall Fund, says Europe is becoming more receptive to Biden’s China message. “Europe is in a very different place than it was before new year. I put this down to the absolutely completely disastrous Chinese diplomacy as much as anything the Biden administration has done.”

“The Chinese decision to slap personal sanctions on European parliamentarians, its bilateral diplomacy with smaller member states,” he said, meant the Chinese investment deal with the EU – long championed by Germany and agreed in principle in December “is not going anywhere”.

Either way, he says China is in slow political retreat across Europe. The last meeting of the 17 plus one group set up with China to woo EU member states was attended by middle-rank officials. Lithuania has pulled out altogether. If the German Greens have a role in the next coalition government this autumn, the political grouping in Europe most hostile to China will demand an end to Merkel’s determination to trade on almost any terms.

But potentially the pivotal figure is one of the newcomers to G7 summitry, and also a figure to which other leaders listened with respect – Mario Draghi, the former head of the European Central Bank, and the current chair of the G20.

In May 2019 Italy, under the influence of the Five Star movement, joined the Chinese belt and road initiative during a state visit by the Chinese president, Xi Jinping, thus throwing Italy on to the frontline of Beijing’s battle for global power and influence. Italy between 2000 and 2019 had become Europe’s third-biggest beneficiary of Chinese investment, receiving a total of €15.9bn versus €50bn in the UK, €22.7bn in Germany and €14.4bn in France. The founder of Five Star, Beppe Grillo, even met the Chinese ambassador in Rome on the day Draghi arrived at the G7.

Draghi may be a technocrat running a six-party coalition, but he is moving Italian foreign policy towards a more Atlanticist perspective, shedding the willingness of the previous two governments to seek partnerships with China.

In March he issued a decree blocking Huawei and ZTE from fulfilling a contract with the Italian telecommunications firm Fastweb. But Draghi, as chair of the G20, has to take difficult ideas agreed at the G7 on climate finance and carbon trading into this wider forum, so he urged the G7 not to cause undue offence to China.

Johnson, supposedly riding shotgun for Biden on China, in reality probably differs little from the pragmatic Draghi. Certainly many backbenchers would be surprised to learn this self confessed Sinophile was leading the charge against China at the G7. The UK business department last week turned down a raft of recommendations from the business select committee to get tough with China over forced labour in Xinjiang. Graham Stuart, the minister for exports at the Department of International Trade, told a Lords select committee last week: “China offers more opportunity to the UK economy than any other market.”

There is one final piece of the jigsaw often left out in the discussions about what to do about China, and that is China itself. Campbell says that at the turbulent meeting in Alaska with the Chinese the US did not meet Xi’s inner circle. He said Xi is leaning on a smaller and smaller group that works on decision making.

The normal hallmark of China diplomacy was the ability to self-correct and retrench when it overstepped the mark, he said. The question is, is that feedback – “look, the steps that you’re taking are undermining Chinese soft power” – getting through to the most inner circle in the Chinese leadership cadre?

“That is a question we cannot answer, but over the course of the last year or two the country that has done the most to create problems for China is not the United States, but China.” 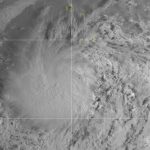