The Morrison government faces growing calls to take more ambitious climate action, with Germany’s ambassador declaring the world needs stronger targets from as many countries as possible “and that should include Australia”.

The German ambassador to Australia, Thomas Fitschen, described the latest scientific warning on global heating as “yet another really deafening wake-up call that the time for averting a climate catastrophe is running out fast”.

Australia has not yet firmly committed to net zero by 2050, while its 2030 target remains set at the Abbott-era level of reducing emissions by 26% to 28% below 2005 levels – a stance that has attracted increasing attention from Australia’s allies and partners.

In an interview with Guardian Australia, Fitschen described the upcoming climate summit in Glasgow as a “decisive moment”.

“We will need more ambitious climate targets from as many states as possible – that should include Australia,” he said.

“Obviously industrialised states bear a special responsibility in the fight against climate change, because they are historically responsible for large shares of the emissions already released into the atmosphere.”

While Fitschen said it was not his role to advise the Australian government on its targets, he added that the report from the Intergovernmental Panel on Climate Change made it “abundantly clear that the current international commitments are insufficient to limit global warming to 1.5 degrees”.

“But as the report also points out, it is not too late – we are at a fork in the road, but if all countries decide to take the path towards 1.5 degrees together, we may still be able to avert the worst.”

Fitschen said Germany believed “that we must take decisive action now to substantially reduce greenhouse gas emissions … within this decade, and of course to achieve climate neutrality by 2050 at the latest”.

Germany has committed in law to achieve net zero by 2045 – five years earlier than its original pledge. Germany sped up its emission reduction plans after a landmark ruling by the country’s constitutional court said the existing measures were insufficient to protect future generations.

The Australian prime minister, Scott Morrison, has adopted a mantra of “technology not taxes” on climate policy, arguing the focus should be on achieving “game-changing” technological breakthroughs.

Morrison and his German counterpart, Angela Merkel, agreed on the sidelines of the G7 summit in June that “technology-led responses are critical to reducing greenhouse gas emissions while also ensuring economic growth and job creation”.

In line with the “accord” signed by Morrison and Merkel, Fitschen indicated Germany was eager to import hydrogen from Australia.

The ambassador signalled, however, that it should be produced from renewable sources – something that is known as “green hydrogen”.

“So, if we take [the IPPC report] seriously – that we have to decarbonise, that we have to bring down emissions from fossil fuels – [then] the hydrogen that we want to have as replacement should indeed be green, yes,” Fitschen said.

The Australian government has previously nominated “clean hydrogen” as a priority low-emissions technology that could eventually help replace fossil fuels in transport, electricity and industrial processes – but has not defined what this would mean in terms of emissions.

Australia’s low-emissions technology statement forecast the cheapest way to produce it in the short term might be to use gas or “coal gasification” with carbon capture and storage (CCS). It said production methods using renewable energy would become cheaper as demand grew.

More recently, analysts have argued “green hydrogen” made with wind and solar electricity could become cheaper much faster than expected.

In the lead-up to the Cop26 summit in Glasgow in November, the Australian government has been facing mounting pressure to step up its climate commitments, including from the British hosts of the talks.

Morrison spoke with the British prime minister, Boris Johnson, on Thursday night, and while they mostly focused on Afghanistan, they also discussed climate policy.

The US and EU have also been encouraging Australia to increase its commitments.

A senior US climate official, Dr Jonathan Pershing, told Guardian Australia earlier this month that Australia’s targets were “not sufficient” and the country should be considering a 50% cut in greenhouse gas emissions by 2030, given the urgency of the climate threat.

The EU’s ambassador to Australia, Michael Pulch, said he “absolutely” hoped Australia and other developed countries embraced stronger 2030 climate targets, describing the coming decade as “crucial” in the fight against global heating. 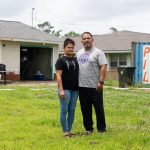