Glasgow, the host city of the crucial Cop26 UN climate summit in November, has experienced its hottest summer on record, the Met Office has said.

Scotland also recorded the highest UK temperature in August – 27.2C (80.9F) recorded at Tyndrum – breaking a run of 20 years during which England had the hottest day. The summer was unusually dry in Scotland as well, with just 62% of average rainfall.

Northern Ireland broke its all-time temperature record on 21 July with 31.3C recorded at Castlederg, as the province had its third warmest summer in 140 years of records.

In contrast, the south and east of the UK were duller and wetter than average, despite the Met Office issuing its first ever extreme heat warning when a hot spell struck the south and west in mid-July. At the end of that month there were also torrential downpours in London that caused flash flooding, with the capital receiving 50% more rain than the long term-average.

Overall, summer 2021 in the UK was still in the top 10 hottest ever recorded, ranking 9th and being about 1C warmer than average.

Mark McCarthy, the head of the Met Office’s National Climate Information Centre, said: “Summer 2021 will be remembered very differently depending on where you are in the UK.” A mix of unusually dry and wet, and hot and cold weather has been referred to as “global weirding” by some scientists.

The accelerating impacts of the climate crisis have been apparent across the world during the summer, with devastating wildfires in Europe, Russia, and the US, a record-shattering heatwave in north-western North America, and extreme and deadly floods in Germany and China. In August, the highest temperature in European history – 48.8C – was recorded in Syracuse, Sicily, although this remains to be officially confirmed.

The floods in Germany and Belgium were made up to nine times more likely by global heating, a scientific study found. In early August, a report from the Intergovernmental Panel on Climate Change said there was “unequivocal” evidence that greenhouse gas emissions from human activities were the main cause of worsening extreme weather.

The Cop26 summit is seen as vital for countries to ramp up their pledges to cut carbon emissions and provide the long-promised $100bn-a-year in climate aid to poorer states. Current pledges would mean catastrophic global heating of about 3C. 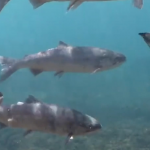