Spurred on by this summer’s record temperatures, Greek scientists have begun discussing the need to name and rank heatwaves, better known for their invisibility, before rampant wildfires made the realities of the climate crisis increasingly stark.

A preventative measure, the move would enable policymakers and affected populations to be more prepared for what are being described by experts as “silent killers.”

Greece has experienced two bouts of extreme heat since June, both unusually prolonged and intense, with the second wave lasting almost three weeks. A new rise in temperatures last week saw Athens once again fall victim to peri-urban fires, with devastating blazes breaking out north-west of the capital. Dr Kostas Lagouvardos, research director at the National Observatory of Athens, says it is clear the extreme heat has been underestimated.

“This very hot summer has given us a snapshot of a future climate in 20 or 30 years’ time when we’re likely to have very long periods of very high temperatures,” he said. “It’s extreme behaviour but it could become the norm. Unlike other adverse weather events, you can’t see extreme heat.”

It was essential, he insisted, that both state authorities and citizens were aware of the dangers. “We believe people will be more prepared to face an upcoming weather event when the event has a name,” he said. “They’ll become more aware of the possible problems it could cause to their lives and to their properties … heatwaves cause a lot of deaths; they don’t make noise and they may not be visible but they’re a silent killer.”

Greece has been far from alone in enduring extreme heat or forest fires in recent months. The mercury hit 48.8C in Syracuse, Sicily on 11 August – the hottest temperature recorded in Europe – with infernos erupting across the Mediterranean.

But in a region regarded as a climate crisis hotspot, Athens is mainland Europe’s hottest metropolis, singled out in repeated studies as likely to suffer hugely from the consequences of a warmer planet. On 3 August, the country’s highest ever temperature of 47.1C was registered in northern Greece.

Huge fires – some blamed on arsonists – have consumed vast tracts of land in recent weeks, destroying homes and leading to mass evacuations, most noticeably on Evia, the nation’s second largest island.

Forced to issue an apology following fierce criticism over his administration’s handling of the blazes, Greek prime minister Kyriakos Mitsotakis said the unprecedented weather had effectively “turned the country into a powder keg” with close to 600 fires flaring up in the space of a week.

“This is the climate crisis striking here and now,” he told CNN. “We need to drastically change the way we produce electricity, build our buildings, grow our food and move around.”

The fall-out from what Mitsotakis also described as the nation’s biggest ecological disaster in decades has been immense, with the leader also being forced to announce a €500m relief package and create a new ministerial post overseeing recovery from natural disasters. More than 20 countries dispatched firefighters, equipment and planes to Greece.

Four years ago, Greek meteorologists began naming winter storms and other adverse weather phenomena as the challenges to lives and properties became clear.

Lagouvardos, who trained in France and is the Observatory’s chief meteorologist, said ranking heatwaves would be “trickier” because categorisation inevitably involved gauging temperature distribution and population densities.

But, more generally, heatwaves were easier to predict in intensity and duration than storms. If temperatures of over 40C persisted for more than a week, Greek scientists believed they should be named, he said. The same series of alternate male and female monikers drawn from Greek history and mythology that had been used for storms could now be applied to heatwaves.

Athens is among the few cities globally – and the only metropolis in Europe – to have appointed a chief heat officer.

Less than a month after she assumed the role, Eleni Myrivili, an academic and former vice-mayor, regards the initiative as a possible game-changer in the way extreme temperatures are managed.

“The whole idea of making heatwaves more visible by naming and categorising them in terms of severity would be a turning point,” she said. “It would help people understand the danger that is looming while enabling decision-makers to trigger policies that would better protect them.” 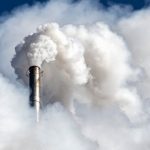 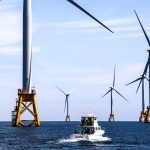 A breakthrough for U.S. wind power