Small fires crackle into life on the hills around us at the slightest provocation. Creeks swell with flash floods, as upland snow melts at record speed. Our town’s beloved colony of great blue herons fall stunned out of the trees in their dozens. Animals, from cougars to rattlesnakes, leave their hidden places to seek water. The temperature has risen, and stalled, at a nearly unbearable 45C.

This is what a heat dome feels like in Vernon, a community in the British Columbian interior in Canada.

It’s been quite the summer in British Columbia (BC), where a brutal heatwave has given way to wildfires. At 49.6C, the village of Lytton set a hotter record than there’s ever been in Las Vegas. The fires have burned nearly 8,582 sq km of forest since the spring and caused evacuation orders to be issued across the province. Lytton and another nearby community, Monte Lake, have been destroyed by the vengeful climate.

Our fire, here in Vernon, announced itself with a wave of thick smoke and a glowing red horizon that made us think of JRR Tolkien’s Mordor. At midnight, an evacuation order was issued for the west side of the Okanagan Lake, where members of the Okanagan Indian Band live among enclaves of retirees, ranchers and back-to-the-landers. Soon after, two exhausted evacuees arrived at our door with their dogs, cats and belongings; they are friends of ours, to whom we had promised refuge.

As the fire grew across the lake over the next few days, we found ourselves talking with hushed voices. Unable to ignore the red glare on the horizon, we felt awestruck by the ash floating from the sky, covering our decks, outdoor tables and car windshields. We shared photos of the piles of burnt forest debris, mainly small black twigs and needles, that had washed ashore on the lake’s beaches. We spoke obsessively of the air quality index, which I estimated had reached 45 times the World Health Organization exposure recommendation, ranking it as one of the worst on the planet.

Sometimes it was not ash, but still-glowing embers that floated over to our side of the lake. Although the water provided a natural barrier to the front of the fire, it was being breached by these small missiles, and all of us had to look lively for any fires that started up under these tinder-dry conditions.

As the situation worsened, an evacuation alert for Vernon was announced, stirring us all into action. My husband and I started packing. What do we need to live on? What don’t we want to lose to the fire? My mother was trying to do the same next door, but she was hampered by my bewildered father who has dementia. My daughter ran over to help.

Eventually, we assembled a convoy of vehicles, packed to the brim and ready to move our three-generation family, our twice-evacuated friends and our assortment of pets. We worried about what it would be like if the people of greater Vernon got the order to evacuate, and all 66,000 of us tried to move out at once.

Later that day, the cultural centre across the street decided to go ahead with its live outdoor concert. Like passengers on the Titanic, we sat on our ashy front steps and listened to the music. To our delight, the first rainstorm in weeks blew in to rescue us, and we jumped up to dance in the raindrops, accompanied by the happy whoops of the musicians over the loudspeakers.

As a result of the rain, the evacuation alert was rescinded, at least for most of Vernon. However, the west side remained evacuated, with dozens of homes burned to the ground. I joined many other community members in volunteering to help with the registration of several thousand evacuees and their referral to emergency services.

It’s good that the BC government looks after people’s basic needs: shelter, food, clothing, incidentals, but this doesn’t alleviate their misery. These were emotionally exhausted people: an elderly woman who longed for her home and garden; a man who had put his back out with the effort of moving house; a family who, in rescuing their grandmother with her oxygen tank, were forced to jettison most of their belongings. Saddest of all was a young family who broke down telling us about the mother dog with puppies that they had to abandon to the flames when fleeing the fire.

In the cadet barracks on the south side of town, 250 soldiers were brought in to help us, and a camp was set up on the north side for 330 firefighters. A small group of locals have gathered at a spot on the highway to cheer them home each evening.

My son, a 21-year-old firefighter, called. Since he was new to this, we had hoped they would put him to work digging ditches, but he was sent straight to the front, where he said it was like a war zone: helicopters buzzing, smoke thick, trees suddenly candling.

My brother called. A fire researcher, he’s been making predictive models from satellite imagery for the firefighters. He was feeling anxious for us, as he could see that a second heatwave was on its way, to be followed by gusting winds that might stir up our fire again.

Once again, we have been thrust into a period of uncertainty. What will happen to us and to other endangered communities to the north and east of our fire?

A federal election has just been called in Canada. We desperately hope our region’s voters, given all that we have gone through, will send a strong protest vote to Ottawa, saying they must take the climate crisis seriously. The land around us is burning, the air is unbreathable, people in our community have become climate refugees. This is an existential threat. If not now, when? 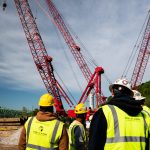 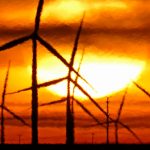