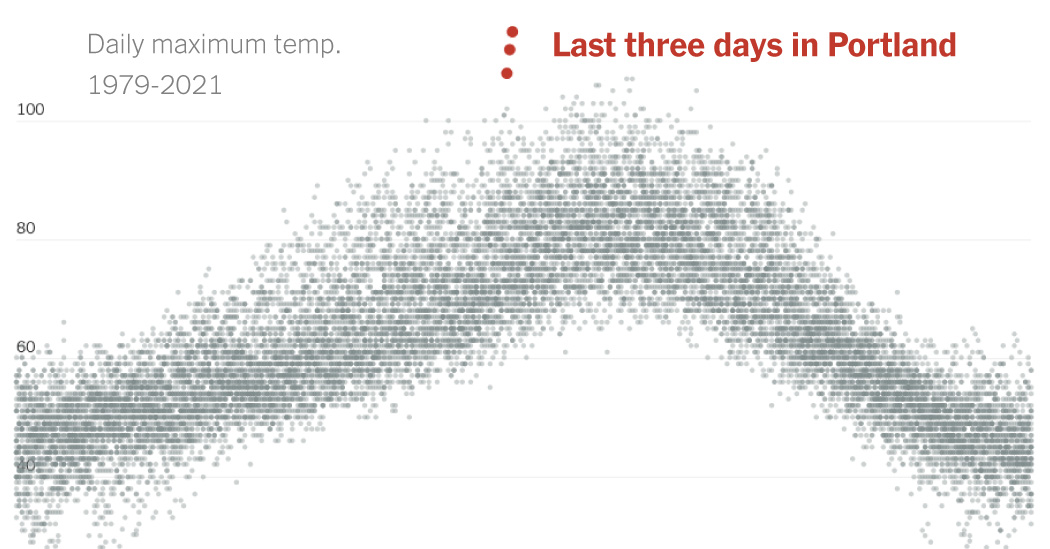 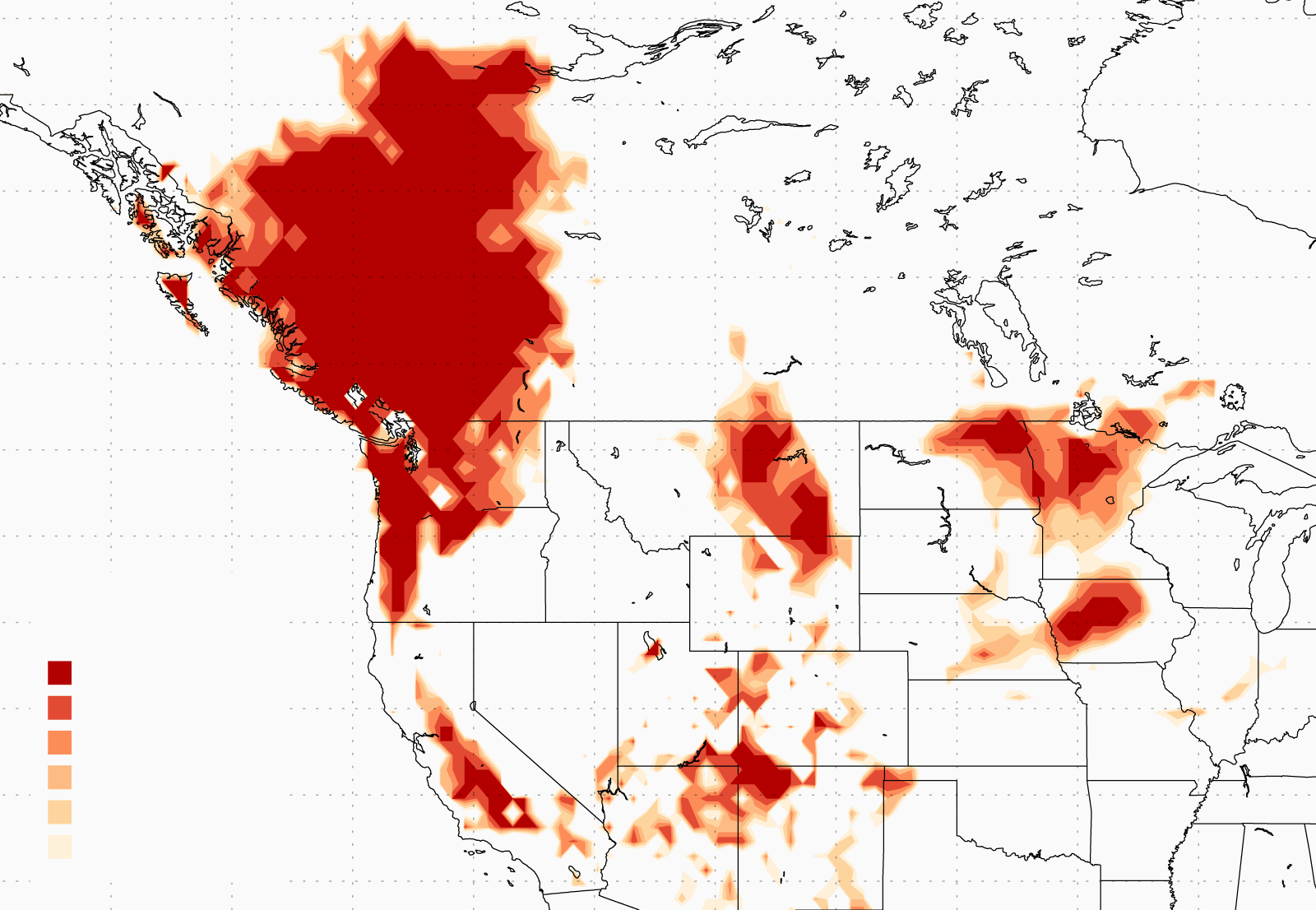 Hottest since at least 1979 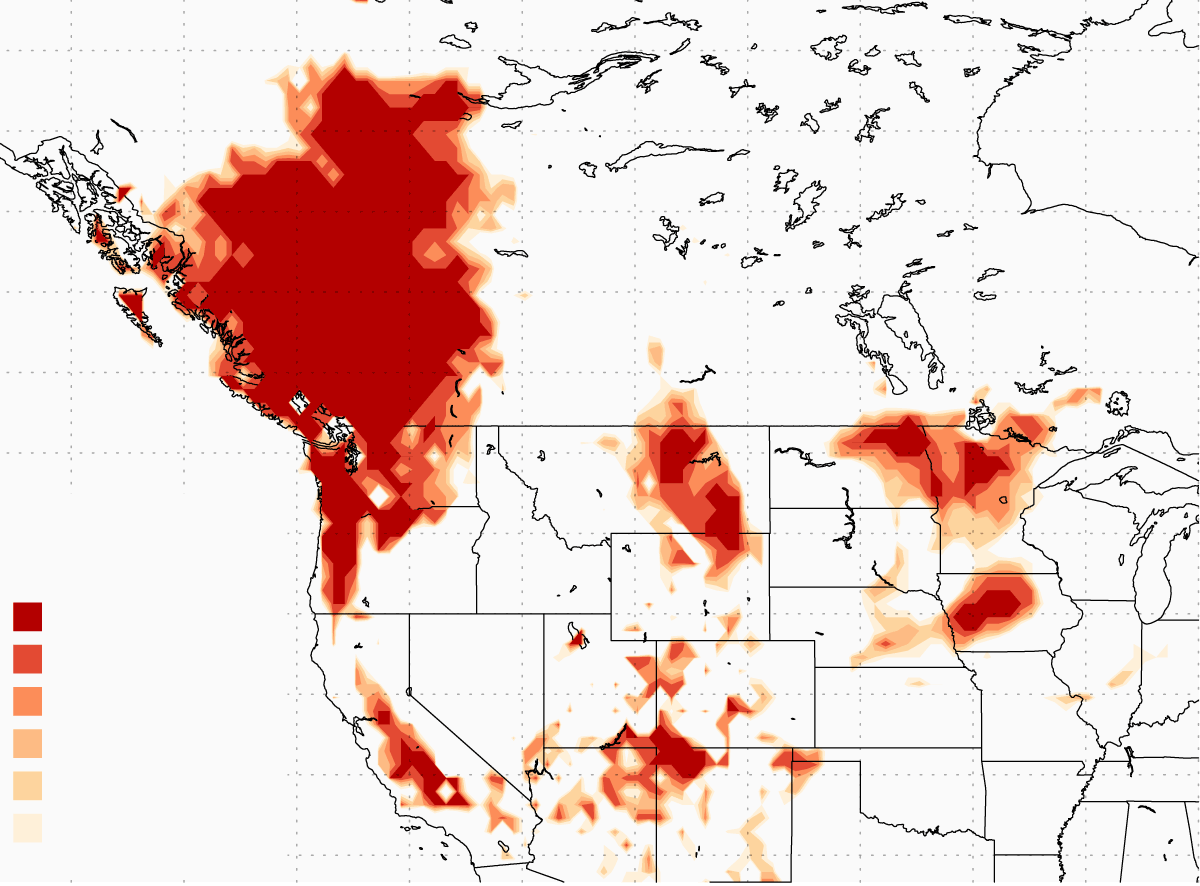 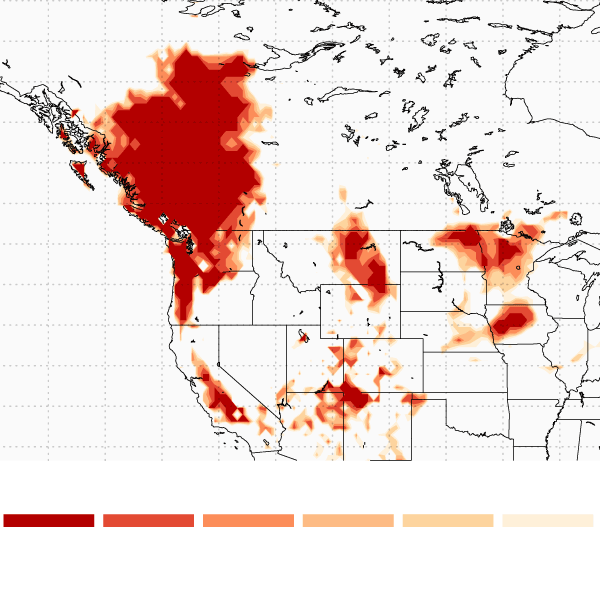 Heat waves and the “heat domes” that can cause them aren’t rare, but the recent weather that’s been smothering the Pacific Northwest has little precedent in at least four decades of record-keeping.

To understand the magnitude of the departure from historical norms, it helps to visualize it. This map, created by Geert Jan van Oldenborgh, a climate scientist at the Royal Netherlands Meteorological Institute, analyzes temperatures since 1979. It shows the extent of the areas experiencing record-breaking annual high temperatures in the past week.

The heat has been not only widespread, but also intense, in some places surpassing previous records by double digits.

In Vancouver, British Columbia, this past weekend’s temperatures were about 10 degrees higher than historical high temperatures. In Seattle, there have been only two other days in the last 50 years with temperatures in the triple digits: in 2009 and 1994.

The heat has resulted from a wide and deep mass of high-pressure air that, because of a wavy jet stream, parked itself over much of the region. Also known as a heat dome, such an enormous high-pressure zone acts like a lid on a pot, trapping heat so that it accumulates. And with the West beset by drought, there’s been plenty of heat to trap.

In Seattle, Portland and other areas west of the Cascades, hot air blowing from the east was further warmed as it descended the mountains, raising temperatures even more.

Climate is naturally variable, so periods of high heat are to be expected. But in this episode scientists see the fingerprints of climate change, brought on by human-caused emissions of carbon dioxide and other greenhouse gases.

Karin Bumbaco, Washington’s assistant state climatologist, said that any definitive climate-change link could be demonstrated only by a type of analysis called an attribution study. “But it’s a safe assumption, in my view, to blame increasing greenhouse gases for at least some portion of this event,” she said.

On a global average, the world has warmed about 1.8 degrees Fahrenheit since 1900. “When you have that warmer baseline, when you do get these extreme events it’s just going to get that much warmer,” she said.

This heat wave is also unusual because it occurred earlier than most. Those two previous triple-digits days in Seattle, for example, happened in late July, about 30 days later.

This one occurred just a few days after the summer solstice, which may have contributed to the extreme conditions. “The days are longer, and we’re not getting that cool-off at night,” she said.

Extreme temperatures are getting more common

In these two cities, days with temperatures that are well above historical averages have increased, particularly in the 2010s:

“We can say extreme weather is happening more as climate changes, and will continue to happen more,” she said. “This heat wave is extraordinary, but this in a sense is not likely to be the last.”

Heat waves eventually end, and for the coastal cities what’s called a “marine push,” when cooler air blows in from the Pacific, is already moderating temperatures.

For inland areas, however, the high heat will remain. Eastern Washington might exceed 118 degrees on Tuesday, Ms. Bumbaco said, which would set a record for the state.

And temperatures are still expected to be quite high for the next two or three weeks, she said — not 30 or 40 degrees higher than normal, but 10 to 15.

“That might actually have more implications for our agriculture and potential wildfires,” she said. The heat wave won’t be as extreme, she said, “but it’s going to last longer.”