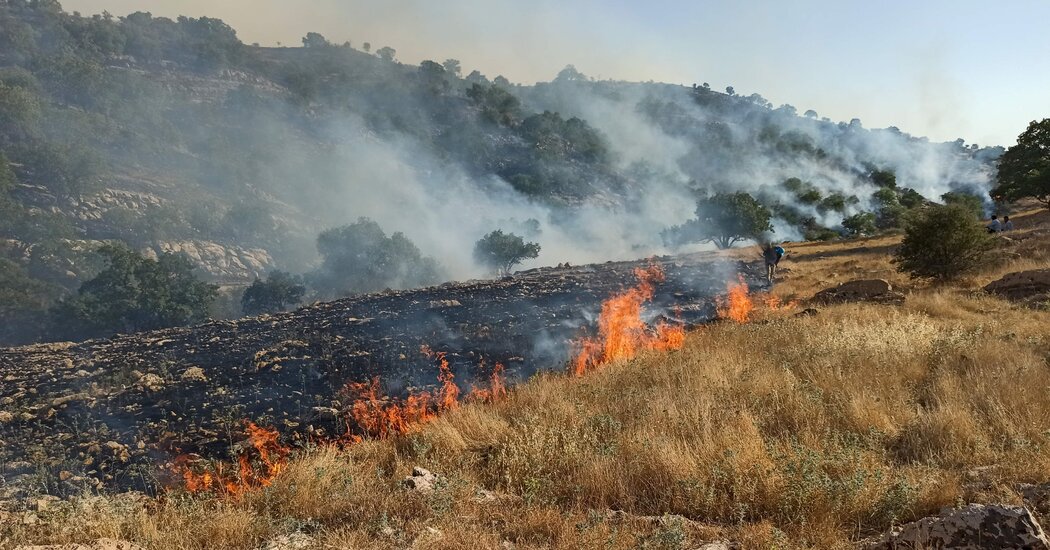 Iran is struggling with a fifth wave of the coronavirus pandemic, an economy strained by American sanctions and stalled talks on rescuing a nuclear agreement that was once seen as an economic salvation.

Now the country is contending with a different but easily foreseen crisis: a severe water shortage.

A prolonged drought and rising temperatures from climate change, combined with decades of government mismanagement of natural resources and lack of planning, have turned the water crisis into a volatile incubator of protests and violent unrest.

For the past week, demonstrators have surged into the streets of parched Khuzestan Province in the southwest, the epicenter of the protests. They have been met by security forces whose crackdowns have sometimes turned deadly — fueling more anger that is spreading elsewhere.

Khuzestan is home to an ethnic Arab population that has historically faced discrimination and that includes a restive separatist movement. But the protesters have insisted their grievance is not tied to separatism.

“We kept shouting, ‘We want water, just water, we don’t have water,’” Mohammad, 29, an ethnic Arab street vendor, said in a phone interview with The New York Times from Ahvaz, Khuzestan’s provincial capital. “They answered us with violence and bullets.”

Large crowds in Khuzestan shouting, “I am thirsty!” — captured in amateur videos and shared via social media — have demanded immediate relief and the resignations of local officials. Some protesters have gone further, denouncing top officials in Tehran including Ayatollah Ali Khamenei, the supreme leader.

Signaling that the protests have captured his attention, Mr. Khamenei commented on them publicly for the first time on Wednesday, saying on his Instagram channel: “Officials are obliged to address Khuzestan’s problems.”

This new challenge to the authorities, although long in the making, comes just a few weeks before an ultraconservative new president and Khamenei disciple, Ebrahim Raisi, is to take office, providing an early test of how he will respond.

Known for ruthlessness toward political dissent, Mr. Raisi, the country’s former judiciary head, faces a more delicate task in dealing with ordinary Iranians whose basic grievance is a water shortage.

The protesters have allies among Iran’s lawmakers, who like Mr. Raisi are all ardent defenders of the hierarchy that has ruled Iran since the Islamic revolution more than four decades ago.

“Rescue Khuzestan and its oppressed people! Give back to it what it deserves!,” shouted Mojtaba Mahfouzi, the Parliament member for Abadan, an oil-rich city in Khuzestan, in a speech Monday on the floor of Parliament.

It is not as if government officials can feign surprise. The consequences of an intensifying drought have been looming.

The energy minister warned in May that Iran was facing the driest summer in 50 years and that temperatures approaching 50 degrees Celsius — 122 degrees Fahrenheit — would lead to cuts in electricity power and shortages of water.

Iran’s meteorological organization warned in June that southern and western areas had suffered a 50 to 85 percent reduction in precipitation and a temperature increase of two to three degrees Celsius.

Khuzestan sits on 80 percent of Iran’s oil and 60 percent of its gas reserves, and is a critical economic pillar. Its once-lush farmlands grew sugar cane, wheat and barley. But with water scarce, crops shriveling and cattle dying of thirst, the government is facing one of its most serious conundrums.

Its response so far has fit a familiar pattern: heavy-handed suppression of protests even as officials say they recognize the protesters’ complaints over water as legitimate.

Security forces and anti-riot police officers were deployed to crush the initial unrest in Khuzestan. They beat the crowds with batons, scattered them with tear gas, tracked them with drones and fired gunshots, according to witnesses and videos shared on social media.

Three young men were shot and killed by security forces, according to rights organizations. Local officials, in a typical narrative of protest casualties said tribal gunmen were responsible for at least two of the deaths. State media reported one police officer had been killed.

Any hint that the protests were tied to the secessionist movement would almost certainly be used by the government to justify an even harsher response. But the protesters in the streets and online have made clear their grievances are about one main issue: the water shortage. And separatist groups have not seized on the protests to advance their cause.

Still, the crackdown has further inflamed the unrest and tapped into pent-up frustrations targeting the leadership of the Islamic Republic. And protests have spread to at least two major cities outside the province, Tehran and Mashhad, where crowds showed solidarity with Khuzestan.

A group of prominent dissidents, including Narges Mohammadi, a rights activist, were beaten and detained for a day after they had gathered outside the Interior Ministry in Tehran in what they described as an act of solidarity with the people of Khuzestan, Ms. Mohammadi’s husband said.

The government sent a delegation to Khuzestan to investigate the water crisis, and Iran’s outgoing president, Hassan Rouhani, pledged relief and compensation to the province’s residents. Two former presidents, Mohammad Khatami and Mahmoud Ahmadinejad, also expressed support for the protesters and condemned violence against them.

But environmental and water experts said short-term measures such as trucking in tankers of water would do little to address the underlying problem. Opening dams and reservoirs would offer a temporary remedy in Khuzestan, but would cause water shortages in places like the central city of Isfahan and the surrounding province.

The protest over water exploded on social media on Friday but had been slowly brewing for weeks, according to an Arab activist and two protesters in Khuzestan.

It started July 6 when an ethnic Arab tribal sheikh from the village of Marvaneh traveled to Ahvaz with a group of farmers and ranchers to complain about their growing water crisis to officials at the province’s water and electricity center.

“Look, we are not going to leave this land, you brought us floods and drought to make us migrate. We won’t leave, this is our ancestral land,” the sheikh, Khalifah Marwan, wearing a white dishdasha and blue checkered head wrap, shouted at officials seated at a conference table, according to a video shared with The Times.

The sheikh’s plea went viral on Instagram among ethnic Arabs, inflaming a long-held belief that the central government had deliberately imposed policies that would force their displacement and change Khuzestan’s demographics.

People began sharing their own stories and photos and videos of parched farms and dehydrated water buffalo lingering in mud. They issued calls for protests on Instagram and WhatsApp, emphasizing a focus on the water crisis and nonviolence, according to two activists involved.

“The pressure they have put on the system for a long time is more than its ecological capacity,” said Kaveh Madani, a scientist in water and climate at Yale University and the former deputy head of Iran’s environment agency. “Khuzestan like most of Iran is water-bankrupt right now.”

Mr. Madani said consecutive governments had manipulated and depleted natural resources in favor of creating jobs. He cited, for example, a project that redirects Khuzestan’s water resources through pipelines and tunnels to the central desert climate regions.

Protests have flared before over water shortages in Iran. Farmers near Isfahan, for example, demonstrated over the drying of a river that had been their agricultural lifeline. Environmentalists have railed against the drying of a landmark salt lake in Urmia, in western Iran.

But the confluence of climate change, drought, pandemic and prolonged isolation because of American sanctions have elevated worries underlining the latest protests.

“We are facing a very serious power and water shortage across the country,” Sadegh Alhusseini, a prominent economist in Iran, said Tuesday at a discussion in the popular Clubhouse online forum, attended by thousands of Iranians. “If the weather doesn’t improve over the next few months it will get worse.”

Mr. Alhusseini attributed the problem partly to government subsidies that allow cheap rates for electricity and water, leading to excessive and wasteful consumption. But any increase in pricing risks further discontent as the majority of Iran’s 85 million people struggle financially.

In November 2019, a sudden increase in gasoline prices sparked nationwide protests that quickly morphed into calls for overthrowing the government. The authorities responded by shutting down the internet for days and using lethal force against protesters. International rights groups said at least 300 people were killed and 7,000 arrested.

The residents of Khuzestan led the 2019 unrest and suffered the highest casualties.

“The system is in crisis management,” said Mr. Madani, the climate scientist. “Jumping from one crisis to the other and putting a Band-Aid on each and hoping it won’t come back soon.”

What does the EU’s carbon tariff proposal mean for Australia? | Environment

There’s another pandemic under our noses, and it kills 8.7m people a year | Climate change 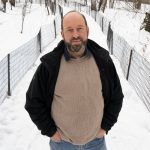 A Biden Administration Strategy: Send In the Scientists