On 30 April, the Indian Point nuclear power plant 30 miles north of New York City was shut down. For decades the facility provided the overwhelming majority of the city’s carbon-free electricity as well as good union jobs for almost a thousand people. Federal regulators had deemed the plant perfectly safe.

New York’s governor, Andrew Cuomo, a key figure behind the move, said that the shuttering of Indian Point brought us “a big step closer to achieving our aggressive clean energy goals”. It’s hard to reconcile that optimism with the data that’s recently come out. The first full month without the plant has seen a 46% increase in the average carbon intensity of statewide electric generation compared to when Indian Point was fully operational. New York replaced clean energy from Indian Point with fossil fuel sources like natural gas.

It’s a nightmare we should have seen coming. In Germany, nuclear power formed around a third of the country’s power generation in 2000, when a Green party-spearheaded campaign managed to secure the gradual closure of plants, citing health and safety concerns. Last year, that share fell to 11%, with all remaining stations scheduled to close by next year. A recent paper found that the last two decades of phased nuclear closures led to an increase in CO2 emissions of 36.3 megatons a year – with the increased air pollution potentially killing 1,100 people annually.

Like New York, Germany coupled its transition away from nuclear power with a pledge to spend more aggressively on renewables. Yet the country’s first plant closures meant carbon emissions actually increased, as the production gap was immediately filled through the construction of new coal plants. Similarly, in New York the gap will be filled in part by the construction of three new gas plants. For the Germans, investment in renewables did eventually pay dividends, but it largely replaced the old nuclear plants’ output rather than reducing existing fossil fuel consumption. The carbon intensity of German electricity is higher than the EU average.

However, even a more aggressive investment in renewable energy wouldn’t have solved Germany’s problem. There are just a handful of large economies that have already mostly decarbonized their grids; all of them have a foundation of nuclear or hydroelectricity (or both), and then to greater or lesser degrees add renewables like wind and solar on top. This is because nuclear and hydro are able to provide electricity whenever we need it. These “firm” sources of clean electricity do not need to wait for the sun to shine or the wind to blow to power the ventilators in our hospitals. Batteries and other forms of energy storage are great, and we need much more funding of research and development to make them even better, but until huge technological leaps occur, sustainables are hindered by the need for cooperative weather.

Elsewhere around the world, even where we’ve been investing in renewable technology, without nuclear or the right geography that allows hydroelectricity, we’ve had no choice but to rely on fossil fuels to fill the gap.

So why, given the stakes of global warming, is there still so much hostility to nuclear power?

There are some legitimate concerns about nuclear waste, but the public perception is driven by outdated information

Some of the paranoia is no doubt rooted in cold war-era associations of peaceful nuclear power with dangerous nuclear weaponry. We can and should separate these two, just like we are able to separate nuclear bombs from nuclear medicine. And we should also push back against popular narratives around Chernobyl and other disasters that simply aren’t replicable with modern technology. Advanced reactors and many existing ones are designed with passive safety systems – they don’t need active intervention by humans or a computer to deactivate in case of emergencies. Instead these plants use natural forces such as gravity to disable them, while maintaining active monitoring as a backup. As the science journalist Leigh Phillips puts it, “it is no more physically possible for them to melt down than it is for balls to spontaneously roll up hills.”

There are some legitimate concerns about nuclear waste, but the public perception is driven by outdated information. The amount of waste produced by plants has been reduced dramatically, and most of what remains can be recycled to generate more electricity. These worries are not particularly unique to nuclear, either. Renewable energy produces waste of its own – solar, for example, requires heavy metals like cadmium, lead and arsenic, which unlike nuclear waste don’t lose their toxicity over time. As an article in Science points out: “Current electric vehicle batteries are really not designed to be recycled” and could pose public health problems as battery cells decay in landfills.

Other objections to nuclear power, like its reliance on mining, are also not unique to nuclear. Renewables require destructive extraction to unearth lithium and other critical minerals. The answer to those concerns is simple: we should demand environmental and labor regulations from the state and defend good working conditions as our primary consideration. But opposing socially necessary extraction as a matter of principle simply isn’t compatible with wanting to live in a world that can meet basic human needs.

I’m not alone in expressing these sentiments. Beyond just preserving existing nuclear facilities, Americans’ support for constructing new plants is now at 50%, markedly higher than in years past. On the political left, in particular, where opposition to nuclear first catalyzed decades ago, there seems to be a shift underway. After initial hesitation, Alexander Ocasio-Cortez has said her Green New Deal leaves the door open for nuclear power. More unabashed was the backing from Jeremy Corbyn’s Labour party, former Brazilian president Luiz Inácio Lula da Silva and Bolivia’s eco-socialist former president Evo Morales.

Nuclear is an idea whose time came and seemed to have passed, but may indeed have a future. For those of us looking for a solution to climate change, the least we can ask is that no plants like Indian Power close until we have a clean, dependable and scalable alternative already in place. 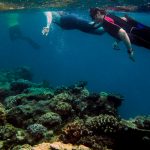