The UK must set a “hard-edged timetable” for the cessation of oil and gas exploration, Keir Starmer has said, as he revealed that Labour would not support the proposed Cambo oilfield development 77 miles north-west of Shetland.

Emphasising that “we absolutely have to protect people’s jobs”, the Labour leader said: “We’ve got to try to create a timetable for [the cessation of exploration]. It’s got to be subject to consensus and agreement, and we have got to bring communities with us.

“Otherwise there’ll be a disconnect between the obligations that we’ve got to fulfil in order to deal with the climate crisis and the communities that are going to be most deeply affected.”

Speaking to journalists alongside the Scottish Labour leader, Anas Sarwar, during a visit to Glasgow, Starmer refused to be drawn on the specific timing. He said: “We’ll have to sit down and agree but we’ve got to have a hard-edged timetable.”

Sarwar added: “The idea we can just say we’re going to end X thousand jobs without a clear route map for people to get alternative forms of employment is not going to win the trust of people across the country and help us respond to the challenges of the climate crisis.

“We’ve got to work with the economies, particularly in the north-east [of Scotland], where they rely so heavily on the oil and gas industry.”

Their comments came as the Labour party laid out plans for £30bn in green spending to support as many as 400,000 new jobs which would help tackle the climate emergency and boost economic growth.

The number of green jobs in the UK has stagnated in recent years, according to government data, despite targets to reach net zero emissions by 2050 and slash emissions this decade.

The £30bn plan envisaged by Labour falls within current government spending plans, but would require spending to be brought forward from the next four years to the next 18 months.

Starmer said the government was failing to grasp the opportunities offered by low-carbon industries, from wind turbines to home insulation.

“[Tackling the climate crisis] is not only a moral and political duty, but a huge opportunity. The race is on around the world for green jobs.”

Even in cases where the government has made a push for green industry, such as in boosting offshore wind power generation, the benefits are not always flowing to the UK. “We are buying wind turbines from Indonesia,” Starmer pointed out.

However, it cautioned that the way in which green jobs were counted was changed over the period, and that there were large margins of error in the estimates, meaning that overall the change was “not statistically significant”.

Labour would also implement tests on policy to ensure that all measures are in line with the target of reaching net zero emissions by 2050, and to meet goals on restoring the natural world.

The net zero test and nature test are in line with recommendations from the Committee on Climate Change, and would ensure that all government policymaking, including infrastructure and spending decisions, were in line with the UK’s climate and environmental goals.

A spokesperson for the Department for Business, Energy and Industrial Strategy said: “As we build back better and greener from the pandemic, this government is firmly committed to seizing the economic opportunities presented by the transition to a green economy.

“We have welcomed the recommendations put forward by the Green Jobs Taskforce, which are a big step forward in delivering the skilled workers and green jobs essential for the UK’s transition to net zero.

“This will now be considered by the government, starting with the development of our net zero strategy, due to be published ahead of the UN’s climate summit Cop26 in Glasgow this November.”

The Scottish government plans to launch a Green Jobs Workforce Academy, and has set up a £100m Green Jobs Fund.

A spokesperson said the government was taking “world-leading action to help end our contribution to climate change by 2045, and doing so in a way that ensures a just transition to net zero, making sure no one is left behind and maximising job opportunities”.

The Scottish Conservative leader, Douglas Ross, said: “This confirms that Labour have abandoned Aberdeen and the north-east. They’ve no longer got any MSPs from Aberdeen and they’ve kicked out councillors from the city for working with unionists.

“People across the north-east will be appalled to hear that Keir Starmer is happy to throw away their livelihoods by agreeing a hard-edged timetable to shut down the North Sea sector. Labour’s plans would risk the 100,000 jobs that depend on our vital oil and gas industry.

“This position is potentially even more extreme than an SNP-Green coalition would hold. It’s beyond reckless, especially when jobs and Scotland’s economic recovery from Covid must be our top priority.”

Starmer also said that Labour did not support the proposed Cambo oilfield development, which Greenpeace says will heavily undermine the UK’s and Scotland’s efforts to meet net zero targets.

“We don’t support it,” he said. “It isn’t consistent with the targets that we need to meet.”

The Scottish government is under growing pressure to oppose the development, with Nicola Sturgeon on the brink of signing a deal with the Scottish Greens. 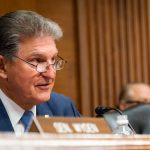 Can Biden Get a Coal-State Democrat on Board With His Climate Agenda?