Australia’s former finance minister Mathias Cormann has won a hard-fought election to become the new chief of the Organisation for Economic Co-operation and Development (OECD), despite grave concerns voiced by environmental groups over his record on climate change.

Cormann narrowly defeated the Swedish former EU trade commissioner Cecilia Malmström in the election to lead the 37-member Paris-based organisation, which gives advice to member governments on economic trends, inequality, fighting corruption and trade and is seen as the world’s leading rulemaker on corporate tax.

The surprise result is a diplomatic triumph for Australia, whose prime minister, Scott Morrison, had promoted Cormann’s OECD credentials in calls with international counterparts in recent months.

But it was greeted with despair by environmental groups. Greenpeace expressed “deep dismay and anger”, while the head of E3G campaign group Nick Mabey said the appointment sent a “dangerous signal”.

It is also a blow for the European Union, which had lobbied its members to back Malmström. A majority of countries in the OECD are also EU member states, so there must have been a fracturing inside the bloc. Born in Belgium, and a German speaker, Cormann played up his European credentials and lobbied coal-dependent Poland for its vote.

Major trade unions had also opposed his candidacy, but the result shows the diplomatic heft Australia holds, and its importance to the US.

Although the result of the secret ballot is not published, most observers say Cormann could not have won without US support, which in turn was likely to bring over Canada.

The UK had a vote, but its ambassador, Christopher Sharrock, was the lead diplomat in the process of reaching a consensus, so the UK did not publicly back one side or another. Sharrock’s task as chair of the selection committee was to whittle down the initial field of 10 by holding individual confidential discussions with delegations to the OECD. Earlier this week he admitted no consensus had been reached between Malmström and Cormann, but clearly one or two delegations have switched position.

There have been persistent reports that Boris Johnson was backing Cormann – a move that is unsurprising given the Conservative party’s close ties with Australia’s ruling rightwing Liberal party.

Last week international climate change groups wrote to the OECD expressing “grave concerns” about Cormann, saying his role as Australia’s finance minister between 2013 and 2020 made it “highly unlikely” he could play an effective role in advocating for ambitious action on cutting emissions. He had served in a government that abolished the country’s carbon-pricing scheme, failed to commit to a net-zero emissions target, maintained fossil fuel subsidies, and “acted as a blocker with international forums”, the letter added.

Cormann himself claims his environmental record has been traduced. Just before the election he said: “As secretary general of the OECD, I would work with member countries and partner organisations to deploy every policy and analytical capability available through the OECD to help economies around the world achieve global net-zero emissions by 2050.

“Different countries will have different means of contributing to the global emissions reduction effort – Australia, for example, is in a prime position to export clean energy to the world through the development of a world-leading hydrogen industry.”

Australian green groups had lobbied hard against his candidacy, and Greenpeace Australia Pacific’s CEO, David Ritter, said Cormann’s attempts to airbrush his record could not be tolerated.

“Like any job applicant, Mr Cormann deserves to be judged on his record,” Ritter said. “He has proven time and time again that he puts the profits of the coal and gas industry above people and planet.”

On Friday Julie-Anne Richards from Climate Action Network Australia said: “He helped lead the charge on dismantling an effective legislative and regulatory framework for bringing down emissions and reshaped Australia into a global laggard and anchor on climate action.”

Cormann will succeed Mexico’s Angel Gurría, whose third five-year term ends in May. In one of his last interviews as secretary general, Gurría told the Guardian: “The single most important intergenerational responsibility is to protect the planet.” 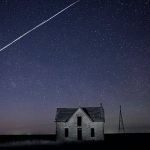 What if Space Junk and Climate Change Become the Same Problem? 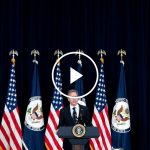 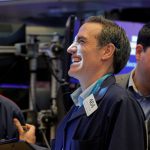