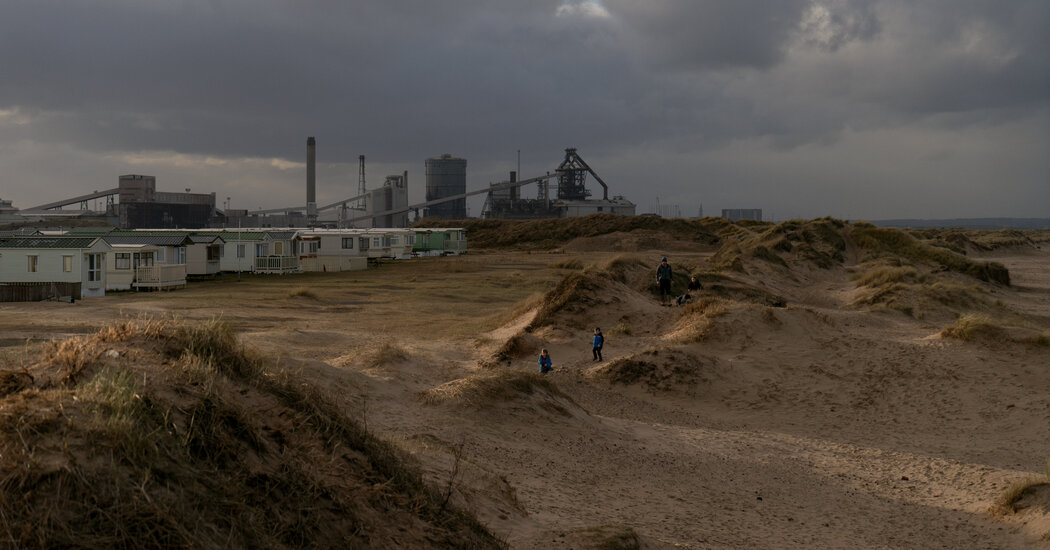 During more than three decades in the oil and gas business, Andy Lane has managed the construction of enormous facilities for extracting and transporting natural gas, in places like Trinidad and Indonesia.

Now he is working in his native England, taking on a complex and expensive venture that essentially aims to reverse what he has spent much of his career doing.

Mr. Lane’s newest assignment is designed to collect carbon pollution from a group of chemical plants in northeast England and send it to a reservoir deep under the North Sea.

The multibillion-dollar project could be a breakthrough for a technology known as carbon capture and storage, a concept that has been around for at least a quarter-century to reduce the climate-damaging emissions from factories.

The idea sounds deceptively simple: Divert pollutants before they can escape into the air, and bury them deep in the ground where they can do no harm. But the technology has proved to be hugely expensive, and it has not caught on as rapidly as some advocates hoped.

Still, lots of attention is being paid to carbon capture as a way to meet the targets in the 2016 Paris climate agreement. As a candidate, President Biden promoted carbon capture’s promise; last month, Exxon Mobil announced a $3 billion investment in low-carbon efforts, including carbon capture; and a week later, Elon Musk promised to put up $100 million for a contest seeking the best carbon-capture technology.

The project in England, in an area called Teesside along the River Tees, is led by the oil giant BP and expects to have size on its side: The area is home to one of the country’s largest clusters of polluting factories and refineries. By linking them together — collecting all their emissions by pipeline, and charging them a fee — BP hopes to achieve sufficient scale to make a profitable business of tackling their pollution.

Teesside “has quite a lot of the big industrial emissions sources in the U.K., and that is why this project makes sense,” Mr. Lane said.

It is also fast becoming a focal point of attention in Prime Minister Boris Johnson’s government, which is eager to cement support in the onetime Labour stronghold. The area’s turn toward Mr. Johnson’s Conservative Party helped it win big in the 2019 national election.

On Wednesday, Teesside was designated one of eight “freeports” in England, an economic zone with lower taxes and other business incentives. Rishi Sunak, the chancellor of the Exchequer, also gave it an extended shout-out in his budget presentation in Parliament that day, citing the carbon capture effort as he called Teesside “the future economy of this country.”

“It puts the region on the map and attracts additional investment,” Mr. Houchen said.

Their plans would certainly turn Teesside into a vast construction site, potentially employing 2,000 workers. BP and its partners propose to build a very large electric power station fueled by natural gas near a shuttered steel mill at the mouth of the river. The plant would help replace Britain’s aging fossil-fuel-burning power stations and provide essential backup electricity when the country’s growing fleet of offshore wind farms are becalmed. Equipment would remove the carbon dioxide from the power station’s exhaust.

Pipes would run through the area rounding up more carbon dioxide from a fertilizer plant and a factory that makes hydrogen, which is winning favor as a low-carbon fuel. BP also expects to connect other plants in the area. Pipes would take the carbon dioxide 90 miles out under the North Sea, where it would be pumped below the seabed into porous rocks.

Four other oil giants — Royal Dutch Shell, Norway’s Equinor, France’s Total and Italy’s Eni — are also investors in the plan, although the final go-ahead awaits a financial commitment from the British government. The price for the initial stage could approach $5 billion.

About two dozen carbon capture projects are operating globally, but the technology has struggled to overcome high costs and worries about liability if the carbon dioxide somehow escaped.

Some also see it as a lifeline — albeit an expensive one — for polluters.

“Carbon capture is being used as a Trojan horse by the fossil fuels industry to keep demand for fossil fuels alive,” said Mike Childs, head of science, policy and research at Friends of the Earth in Britain. He added that it would be better to create processes that didn’t “create pollution in the first place.”

Carbon capture has had its share of false starts in Britain. David Hopkins, managing director for Britain of CF Fertilisers, a major emitter and a likely customer for BP, said he had been discussing versions of the Teesside project “for at least 10 years.”

But increasingly ambitious climate change goals help make the case for technologies like carbon capture. While Britain and other countries have made strides reducing emissions from electric power generation, carbon capture will be needed to deal with large-scale polluters like steel, cement and chemical plants, experts say.

Many governments and corporations increasingly appreciate that carbon capture “will be needed as part of the portfolio of technologies to reach net zero” for carbon emissions, said Samantha McCulloch, an analyst at the International Energy Agency in Paris. She said investment in the technology was accelerating.

Oil companies are also under growing pressure to reduce the carbon content of the energy products they sell. They are investing in wind and solar power, which have proved to work, as well as in technologies, like carbon capture, that fit with their expertise and may not pay off until well into the next decade, if ever.

What’s distinctive about the Teesside scheme is that it tries to make a virtue of emissions. Mr. Lane and Mr. Houchen, the mayor of the Tees Valley, said it could help preserve 5,500 jobs at chemical plants in the area and attract new investors who want their exhaust fumes cleaned up. Unemployment among Mr. Houchen’s 675,000 constituents is about one-third higher than the British average.

Big polluters say the BP plan could keep them in business. They already pay about $45 a ton to emit harmful gases under an emissions trading system, and that amount is expected to increase. Mr. Hopkins of CF Fertilisers, which employs 200 people in Teesside making fertilizer products using hydrogen derived from natural gas, said the facility might eventually put 700,000 tons a year of carbon dioxide into BP’s pipes.

If pumped into the atmosphere, that amount would cost more than $30 million a year in carbon taxes at current prices. Hooked up to the carbon capture system, users like CF are expected to pay fees negotiated with the government that would be competitive with or cheaper than the carbon trading tax.

Without a carbon capture plan, Mr. Hopkins said, the plant might need to close because of pressure from cheaper, imported fertilizers made producing higher levels of pollutants.

Carbon capture “has a massive role to play” in meeting climate goals, said Oswald Clint, an analyst at Bernstein, a market research group. If the major oil companies “can make a business out of it by collecting emissions from industrial players, then even better,” he added.

Mr. Lane already has about 45 engineers and others working out the details of Teesside. Louise Duffy, a senior geologist at BP, has spent two years scoping out the realm beneath the North Sea for a safe place to park the emissions.

At BP, which is cutting some 10,000 jobs as it slowly exits the fossil fuel business, “it is good to have new areas for geologists to move into,” Ms. Duffy said.

The British government is considering underwriting the scheme and others by providing, among other things, a guaranteed price for the electricity from the new power plant. This kind of subsidy, designed to attract investors, helped kick-start the country’s thriving offshore wind-turbine industry.

Late last year, Mr. Johnson’s government also said it would seed carbon capture investments with a fund of up to £1 billion. The government has proposed two carbon capture “clusters” like Teesside by the mid-2020s and two more by 2030. All the candidates are northern industrial areas, the region that helped assure the Conservative Party’s victory last election.

The investments would bolster Mr. Johnson’s pledge that Britain’s carbon emissions will reach net zero by 2050. The Climate Change Committee, Britain’s environmental watchdog, said in a recent study that carbon capture would be “essential to achieving” that goal at lowest cost.

If BP can put together a package including government support that provides sufficient profits for the company, the power plant could begin operating in around five years.

Mr. Lane’s goal, he said, is to create a regulatory and technology model that can be used many times, cutting costs like the wind and solar power industries.

“These things can be done, and they can be done repeatedly in many parts of the world,” he said. “But you have to start.” 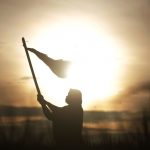