Oil and Gas UK is claiming that the sector is a “major asset” in the push to reduce carbon emissions (Letters, 2 August). But it is the oil industry that has blocked climate action for the past three decades. OGUK touting its “net zero by 2050” ambition – which covers only operational emissions and completely ignores the much more significant “scope 3” emissions from burning the fossil fuels produced – is ridiculous. On top of which, the UK’s track record on operational emissions is abysmal.

The government’s North Sea transition deal failed to address the two core issues of energy transition – setting a clear path to phase down oil and gas production, and backing that up with adequate support for workers and communities affected. Where other countries have ended licensing for oil exploration, the UK government maintains its policy mandating the “maximisation of economic recovery” of oil and gas, meaning companies have to extract every last drop. They claim that this is necessary for energy security, but the controversial Cambo oilfield, currently under review by the government, is expected to export 80% of its production.

There are other options, with significantly better long-term prospects. As an oil worker recently told me, anyone familiar with drilling for oil is well placed to switch to drilling for ground source heat pumps.Mel EvansHead of oil and gas transition, Greenpeace UK 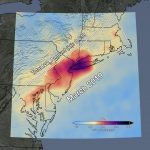 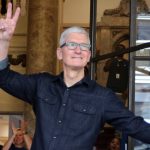 What is Apple Thinking? – The New York Times