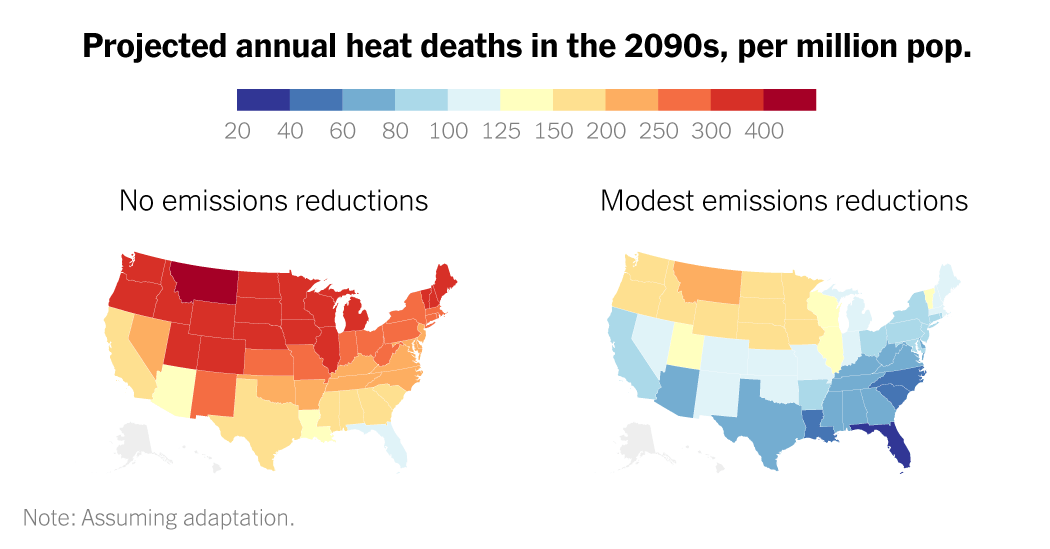 Yes, it is getting hotter. And while you might be able to escape the intensifying tropical storms, flooding or droughts by moving elsewhere, refuge from extreme heat is no longer easy to find.

Summers that seemed exceedingly hot 50 years ago are becoming much more commonplace. The extreme heat of that era — which had a chance of occurring of only one-tenth of 1 percent during the summer season — is now reached more than 20 percent of the time, according to calculations by the climate scientist James Hansen. And nights are warming faster than days, at nearly twice the rate. So much for relief.

And though the deadly, intense heat that baked the Pacific Northwest and Western Canada recently was startling, extremely hot temperatures have struck elsewhere in recent years, in surprising places and with calamitous consequences.

This should be reason enough — along with the recent disastrous floods in Germany and other European countries — to move quickly to drastically reduce greenhouse gas emissions to limit global warming.

But heat waves and other extreme events will continue even after emissions are significantly reduced. That’s why we also need to adapt by, for example, developing heat action plans, early-warning systems and making the power grid more resilient to heat-related disruptions that can knock out electricity for fans and air-conditioning when they are needed most.

And as we look at adaptation strategies, we must be particularly mindful that extreme heat will disproportionately affect older adults, people with chronic illnesses and mobility problems, the poor and isolated, people of color and those who work outdoors.

Heat is one of the deadliest kinds of extreme weather in the United States. From 1991 through 2018, 37 percent of heat-related summer deaths were attributable to human-caused climate change, according to a study published in the journal Nature Climate Change in May.

And it has taken a toll elsewhere. In the summer of 2003, a severe heat wave killed an estimated 70,000 people in Europe. Temperatures didn’t just break records but smashed them. What was then a new science of extreme event attribution, which seeks to determine the extent to which climate change is responsible for episodes of extreme weather, found that global warming had at least doubled the likelihood of that heat wave. Another brutal hot spell hit Russia in 2010, killing an estimated 55,000 people.

Extreme heat also descended on Britain and Japan in 2018, and in Sweden in 2018 and 2021. A prolonged heat wave settled over Siberia in the first six months of 2020. The town of Verkhoyansk, which saw its temperature plunge to minus 90 degrees Fahrenheit in 1892, recorded the hottest temperature ever above the Arctic Circle on June 20, 2020, when the mercury hit 100.4 degrees Fahrenheit (38 degrees Celsius). That’s bad P.R. for a town that competes with another Russian community for the title of the Pole of Cold.

These events are emblematic of a larger trend in extreme heat, driven by global warming. And it’s not just a climate problem; as those mortality figures show, it can be a public health catastrophe. In addition to heat stress, extreme heat can worsen chronic conditions such as cardiovascular, respiratory and cerebrovascular disease, and diabetes-related conditions.

The study in Nature Climate Change found that human-induced climate change increased the annual average temperature globally in the warm season by nearly three degrees, to 73.4 degrees Fahrenheit, across 732 locations around the world.

The intense heat that hit the Pacific Northwest in late June and early July would have been virtually impossible in the absence of human-caused climate change, according to an analysis by an international group of scientists working with the group World Weather Attribution. Scientists say they had never seen such a jump in record temperatures like this — breaking records by up to 11 degrees — prompting a co-leader at World Weather Attribution to suggest to the magazine Scientific American that the region may have crossed a threshold in which these kinds of events become much more common. Climate change doesn’t always proceed in a linear fashion and often exceeds the predictions of computer models.

What does the future hold?

It’s a simple and deadly formula: The greater our emissions of heat-trapping gases, the higher the temperature rise and the greater the health risks. Claudia Tebaldi, an earth scientist and climate modeler at the Pacific Northwest National Laboratory, told The Times this month that as a general rule, for every one-degree increase in global average temperature, extreme temperatures will rise by up to twice as much.

Last year was the warmest on record, effectively tying with 2016, with the past seven years the hottest years ever recorded. And that has created conditions that have made extreme summer heat more frequent. Among other things, it is weakening the jet stream and causing weather patterns, like the recent heat dome that sat over the Pacific Northwest, to remain stuck in place for days.

About 12,000 Americans die from heat-related deaths each year. Under a climate scenario in which heat-trapping gas emissions continue to rise, that number would increase by 97,000 deaths in the United States by the year 2100, according to a recent study. If only modest progress is made in constraining emissions, those deaths are projected to rise by 36,000. With aggressive emissions reductions, deaths would go up by 14,000.

Air-conditioning has become more widespread, though not in the Pacific Northwest, and has staved off many heat-related deaths. But when the power goes out, which it’s more likely to do during severe heat waves, everyone is vulnerable. In Portland, Ore., where a high-temperature record of 116 degrees was set in June, streets buckled and streetcar power cables melted, affecting access to lifesaving cooling centers. More than 6,000 people lost electricity.

The extraordinary heat and drought in the Northwest and Canada are estimated to have killed more than a billion marine animals, including hundreds of millions of mussels, an important part of the food chain.

Agricultural crops were also hit hard. Wheat was scorched. Dry crop foliage increases fire risk. The high temperatures also added to the drought conditions across the state of Washington. Heat and drought feed on each other, and wildfires can follow.

The Pacific Northwest grows most of the world’s cherries. Preliminary estimates were that 50 percent to 70 percent of the cherry crop was damaged, along with apples, apricots and raspberries. Workers who harvest those crops are among the most vulnerable to heat stress.

So, yes, it has been hot, and it will get hotter yet. How hot will depend on what we do to tackle climate change.

Susan Joy Hassol is the director of the nonprofit Climate Communication. She publishes Quick Facts on the connections between climate change and extreme weather. Kristie Ebi is a professor at the Center for Health and the Global Environment at the University of Washington in Seattle, where she focuses on the health risks of climate change. Yaryna Serkez is a graphics editor at The New York Times. 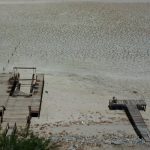 We should blame men for the climate crisis | Letters