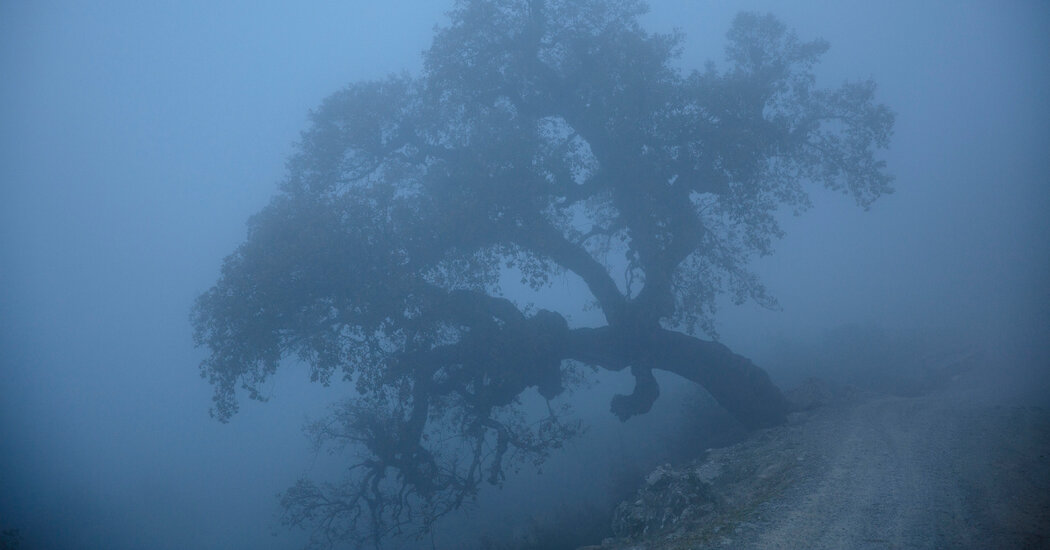 A century from now, our descendants may look back on the next year or so as a hinge in history. This could be the great turning point — an opportunity for the United States to finally take grand action to curb the worst effects of a climate barreling toward catastrophe.

Picture the saga as it unfolds across the central gallery of the Biden presidential library: In the jubilant aftermath of a pandemic, a president campaigns tirelessly for an ambitious set of investments to mitigate the next great threat. Congress, shaken into action by a restive citizenry, somehow rises to the occasion, overcoming just enough partisan resistance to adopt a breakthrough environmental agenda. The global effort to curb planet-warming emissions had been foundering, but suddenly there was new hope. The earth may be parched and sweltering, but all is not lost, for Americans finally got in the game.

Or consider an alternative exhibit, in some side gallery, that sadly reflects on an enormous lost opportunity. Despite recognizing the epic stakes in the fight against climate change, the president goes too small, capitulates too easily. Congress loses itself in petty, shortsighted rancor. The people, fearing sacrifices in our heedless indulgence, shrink from necessary change. This is a dark, dead end in the Biden library: A once mighty nation is served its toughest challenge yet, and it whiffs.

This may all sound a tad overdramatic, but one reason addressing climate change is so difficult is that the threat is often too abstract and slow-moving to admit much urgency. Only in the long view can we appreciate the consequence of the moment. And in the long view, we’re running out of time.

This could be our do-or-die moment — with Democrats holding the White House and barely controlling Congress, this may be the country’s last best political opportunity to do something big on the climate. But that is what’s so alarming about the current moment: After Biden’s announcement last week of a watered-down compromise with centrist senators on an infrastructure plan, I’m terrified that we are heading straight for die rather than do.

Scientists say that to avert the worst effects of climate change, we need to keep the planet’s temperature from rising more than 1.5 degrees Celsius above preindustrial levels. The Biden White House understands the urgency. The president has laid out an ambitious agenda to meet the 1.5-degree target, the centerpiece of which is the $2 trillion infrastructure and climate plan he proposed in March.

That plan was far from perfect, but it was the farthest-reaching climate plan ever proposed by an American president. Among other goals, it would set the nation on a course toward carbon-pollution-free electricity generation by 2035. It would offer hundreds of billions of dollars to spur the adoption of electric cars and build out charging infrastructure, to improve public transit, to reduce agricultural and industrial pollution and to accelerate research and development on innovations to solve the problems of a warming planet.

Then Biden gave away the store. Republicans in the Senate had balked at the climate plan, especially its effort to raise taxes on the wealthy to pay for many of its investments. Because Democrats can’t muster the courage to jettison the filibuster, they need the votes of at least 10 Republican senators to pass most bills. Biden was able to get just five of them clearly on board for the compromise and is hoping that six others who helped negotiate it will help overcome a filibuster.

The compromise proposes spending hundreds of billions of dollars on roads and bridges. But it abandons just about every major Biden idea for combating global warming. It lacks standards and tax incentives meant to push utilities to clean up electricity generation. It declines to phase out subsidies for fossil fuels. It largely forgoes meaningful investments for electric car infrastructure and public transit. It offers nothing for research and development on clean energy.

In announcing the deal, Biden appeared to want to do much more — the compromise, he said, would be paired with another spending bill that Democrats could try to pass under a parliamentary technique known as reconciliation, which would allow them to sidestep the Senate filibuster. That plan, he suggested, would include huge investments for the climate and the White House’s safety-net priorities. He promised not to sign the compromise without also signing the larger bill.

That seemed comforting — but then the president over the weekend walked back his promise. Thankfully, many Democrats in Congress aren’t backing down; a number of progressives in the Senate and the House are vowing to pull support from the infrastructure plan if they aren’t assured significant action on the climate. “No climate, no deal,” has become a lefty rallying cry.

This is to the good. What’s the point of fixing the nation’s infrastructure if we don’t bother to address the primary threat to our infrastructure?

“Windows of opportunity for legislation are short-lived. They open, and they close,” said Leah Stokes, a political scientist at the University of California, Santa Barbara, who studies environmental politics. With a single death or illness, Democrats could lose their advantage in the Senate; in next year’s midterm elections, they could lose Congress entirely.

“What if it’s another decade before we get back to this moment?” Stokes asked. “It would be horrible.”

Democrats may have only about a year before the results of the midterms to take big action on the climate. This could be our one shot. Let’s not throw it away. 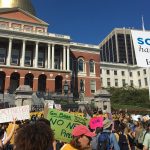