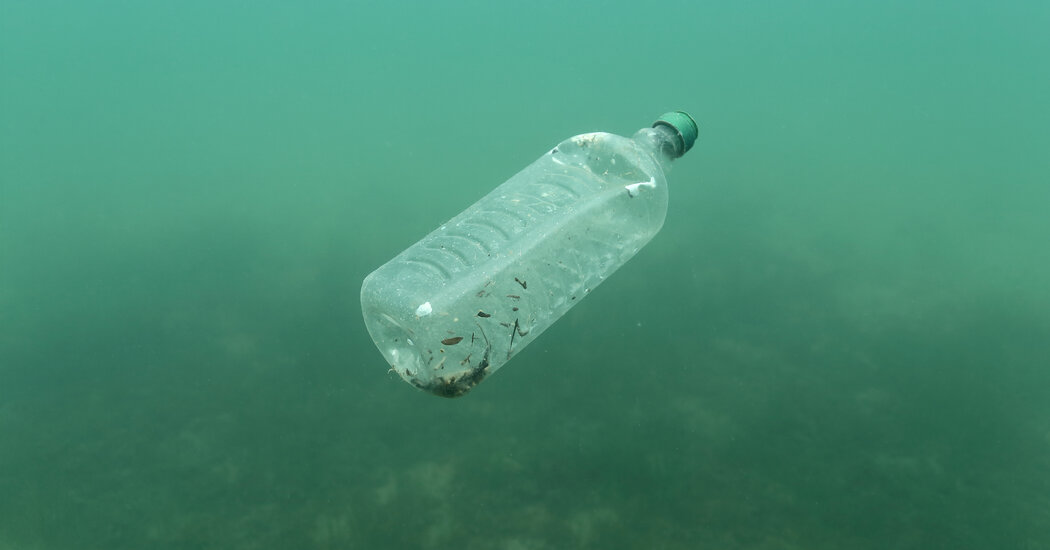 As the United States comes to grips with the climate crisis, fossil fuels will slowly recede from being primary sources of energy. That’s the good news. But the bad news is that the petrochemical industry is counting on greatly increasing the production of plastics and toxic chemicals made from fossil fuels to profit from its reserves of oil and gas.

That transition is why the challenges of climate, plastic pollution and chemical toxicity — which at first might each seem like distinct problems — are actually interrelated and require a systems approach to resolve. The danger is that if we focus on only a single metric, like greenhouse gas emissions, we may unintentionally encourage the shift from fuel to plastics and chemicals that are also unsafe and unsustainable.

Already, according to a 2018 report from the International Energy Agency, petrochemicals, which are made from petroleum and natural gas, “are rapidly becoming the largest driver of global oil demand.”

Petrochemicals are ubiquitous in everyday products, and many of them are poisoning us and our children. Stain repellents, flame retardants, phthalates and other toxics are contributing to cancer, falling sperm counts, obesity and a host of neurological, reproductive and immune problems, research has shown.

Epidemiological studies over the past decade have found, moreover, that exposure in utero and in childhood to chemicals used as flame retardants, called polybrominated diphenyl ethers, or PBDEs, has been linked to significant declines in IQ. These chemicals, widely used since the 1970s in the United States, were largely phased out in recent years. But they have persisted in the environment. And the push to phase out PBDEs led to “regrettable substitutions,” as the authors of one study put it, replacing one type of phased-out toxic flame retardant with another one that is also harmful.

And plastics, of course, are inundating the planet.

Global chemical production is predicted to double by 2030, according to the United Nations. Plastic production could jump three- to fourfold by 2050, according to a World Economic Forum report in 2016. By that year, the ocean is expected to contain, by weight, more plastic than fish.

A recent study by the Minderoo Foundation, which is working to end plastic waste, found that single-use plastics account for over a third of plastics produced every year. Ninety-eight percent are made from fossil fuels, according to the study.

Fracking and cheap natural gas have made the United States one of the most profitable places in the world to make polyethylene — a common plastic used primarily for packaging. New ethane cracker plants are planned for Pennsylvania and Ohio. These plants turn ethane, a cheap byproduct of natural gas, or naphtha, a crude oil product, into ethylene to make single-use and other plastics.

These facilities will depend on fossil fuels as their feedstock, and the resulting production of plastics will generate more greenhouse gases. More than nine million tons of additional annual ethylene capacity is coming online globally in 2021, according to the consulting firm McKinsey.

If we think we have too much plastic now, we may well be drowning in it in a few decades. The petrochemical industry’s misleading messaging is that plastic waste gets recycled; if not, it’s the consumer’s fault; and the chemicals used in plastics are harmless.

The reality is that plastic waste is often exported to places in Africa and Asia and elsewhere lacking the capacity to recycle or manage the waste. In the United States, this waste often ends up as garbage in landfills and as trash in rivers, along the sides of roads and in oceans. It also accumulates in the bodies of marine mammals, sea birds and humans.

It doesn’t have to be that way. The federal government and industry have made large investments to create low-carbon fuels in recent decades. Similarly large investments are needed to develop safer chemicals and alternatives to plastics.

With the Biden administration, which is committed to combating climate change, we have an opportunity to turn the ship around. An initial step should be to end subsidies to the oil and gas industry. This would raise the price of fossil fuels and the cost of producing petrochemicals, making renewable energy sources more competitive and potentially apply a brake to the growth of the petrochemical industry.

President Biden should push for legislation in Congress that would pause the issuance of permits by the federal government for new or expanded plastic production facilities, refineries, incinerators, waste-to-energy plants and other petrochemical facilities. A pause of up to three years, as called for in the Break Free From Plastic Pollution Act, would allow the Environmental Protection Agency and the National Academies of Sciences to study the cumulative impact of these facilities and to propose guidelines and standards aimed at protecting human health and the environment.

We can draw on lessons from the European Union. The European Commission, the E.U.’s executive arm, recently proposed an aggressive plan to become carbon-neutral by 2050. It also has developed a plan to build a circular economy based on the reuse and recycling of products and to address the presence of hazardous chemicals in those products. Instead of building more plastic and chemical production facilities, companies should invest in innovative technologies to achieve circular production and reuse.

We now have the leadership to combat the three-headed hydra of climate change, plastic pollution and toxic chemicals threatening us and our ecosystems. Now we need strong legislation and continued investment in research and technology to achieve a healthier planet for our children.

Is one of your favorite places in your country being affected by climate change?

Describe that place — a beloved campsite, the levee you run, a local market, the woods you explored as a child — and tell us in a brief voice mail why you love it: (+01) ‪405-804-1422‬. What does this place mean to you, how is it changing, and how do you feel seeing it reshaped by environmental issues?

We are interested in hearing from the global community. Please include your country code with your phone number in your message so that we can reach you with any questions. We may use a portion of your message in a future article.

Marty Mulvihill is a co-founder of the venture capital fund Safer Made and helped create the Center for Green Chemistry at the University of California, Berkeley. Gretta Goldenman is an environmental consultant and the board chair of the Green Science Policy Institute, where Arlene Blum is the executive director.

Soil carbon: what role can it play in reducing Australia’s emissions? | Environment