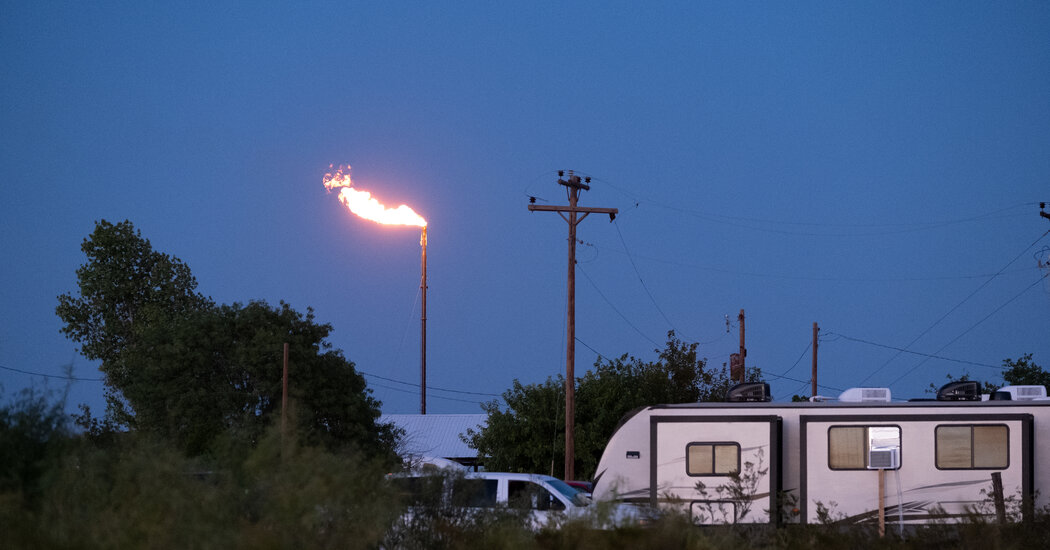 The new report makes it clear: If we are to keep global temperatures in check, we urgently need to focus on cutting methane pollution. When every fraction of a degree counts, moving quickly to reduce this super pollutant is one of the most immediate and powerful ways to start solving the climate crisis. And because of methane’s relatively short life span — it lingers in the atmosphere for around 12 years, while carbon dioxide hangs around for hundreds of years — bringing down our methane emissions will help clear the atmosphere, helping to moderate temperatures and making a real impact on our near-term climate goals.

The panel’s findings have important implications for our clean energy future. When it comes to generating electricity in the United States, increased use of so-called “clean” natural gas has often made up for decreased use of carbon-intensive coal. This has led some of my Republican colleagues to call for expanded natural gas production and the easing of restrictions on exporting the resource abroad.

But the natural gas we use is made up of 85 to 90 percent methane. Yes, natural gas often emits somewhat less carbon dioxide than does coal when burned at power plants. Methane, however, escapes at every point of its production and distribution, from when it’s extracted from drilling or fracking sites to when it’s transported through gas pipelines to when it’s purified at refineries. These leaks undermine the potential climate benefit of natural gas.

The science is clear on the need to keep greenhouse gases like methane out of our atmosphere. A global methane assessment released in May showed how reducing its emissions by 45 percent this decade could help us avoid nearly 0.3°C of warming globally as early as the 2040s. That doesn’t sound like a lot, but it would make a world of difference for vulnerable communities in America and across the globe. Each fraction of a degree of warming we avoid can help protect families from climate-fueled devastation, including more intense hurricanes, more severe flooding, more frequent droughts and more extreme heat and wildfires.

We’re already living with the devastating consequences of having warmed the planet more than 1°C. From the deadly heat domes in the Northwest to the harmful algal blooms killing the fish that we see washed up on the shores of Florida, humans have caused this problem. But we have the tools to fix it.

We can expand climate solutions and clean energy, which have the incredible potential to create millions of good-paying jobs, lower energy bills, strengthen our national security, and provide clean air and water for communities hurt by environmental injustice.

To solve this crisis, Congress must act. Last year, the Democrats on the Select Committee on the Climate Crisis that I lead released a road map to help America reach net zero emissions. In our Climate Crisis Action Plan, we recommended reducing methane pollution from oil and gas extraction by 90 percent by the end of the decade, as well as a phasing out the routine flaring of methane.

Last month, I was disappointed to see only 12 House Republicans join our Democratic majority when we voted in favor of stronger safeguards against methane pollution. This was truly low-hanging fruit: a measure to require oil and gas companies to regularly find and repair methane leaks. The resolution even had support from some of the world’s largest oil companies. And yet most of our colleagues across the aisle refused to put the health of American families above the profits of polluters.

This is a huge issue. While some Republicans have softened their rhetoric when it comes to climate, many of them continue to stand in the way of clean energy and climate solutions. This needs to change quickly, and they must get serious about tackling this crisis with urgency.

Whether through a bipartisan infrastructure bill, a reconciliation package or some combination of the two, Congress has a moral obligation to advance policies that push the United States toward clean electricity and a net-zero emission economy. We have an urgent need to build out renewable energy, to fund job-creating programs like the Civilian Climate Corps and to help employ former fossil fuel workers to clean up orphaned oil and gas wells and abandoned mines.

We’ve known for years that we are in a race against time. We’ve run out of time. Now, every bit of pollution — and every fraction of a degree — counts.

Kathy Castor is chair of the House Select Committee on the Climate Crisis. She represents Florida’s 14th Congressional District. 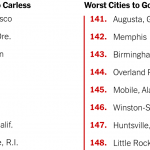 The Best and Worst Cities to Live Without a Car