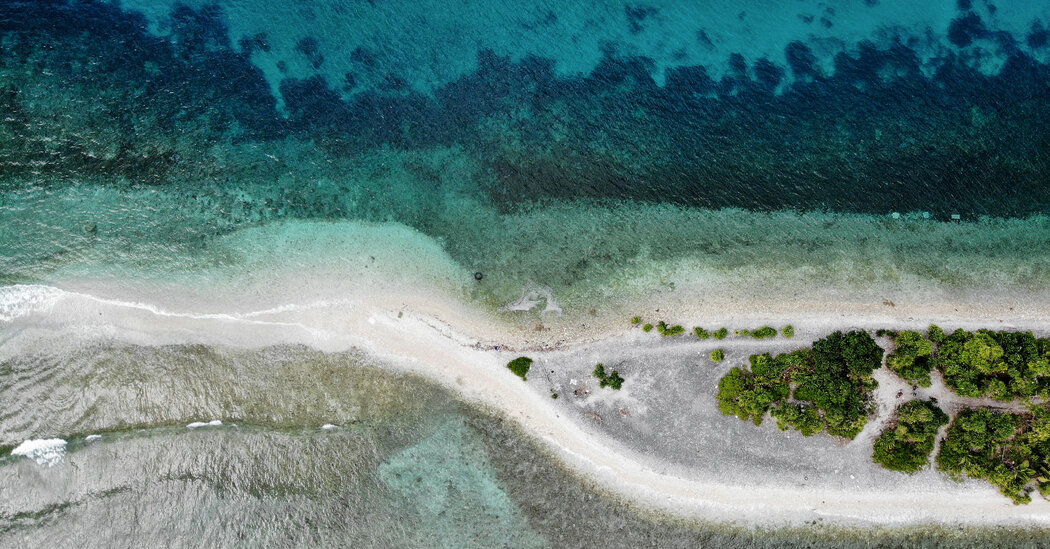 Devi Lockwood spent five years traveling the globe talking to people about changes they were seeing to their local water and climates. Here are some of the stories she heard.

A little more than 10,000 people live in Tuvalu. Generations ago, Polynesians navigated here by the stars, calling the sprinkles of land in the vast blue of the South Pacific home. With 10 square miles of total area, less than five miles of roads and only one hospital on the main island, Tuvalu is the fourth-smallest country in the world. Disney World is four times larger in area. Tuvalu’s capital city, Funafuti, sits about 585 miles south of the Equator.

By some estimates, Tuvaluans will be forced, by water scarcity and rising sea levels, to migrate elsewhere in the next 50 years. This mass exodus is already happening. Large Tuvaluan outposts exist in Fiji and New Zealand.

I came to Tuvalu with a question: What does it mean for a whole nation to become uninhabitable in my lifetime?

Tauala Katea, the director of Tuvalu’s meteorological service, sat in his office near the airport and tilted a monitor to show me an image of a recent flood when water bubbled up under a field by the runway. “This is what climate change looks like,” he told me.

“In 2000, Tuvaluans living in the outer islands noticed that their taro and pulaka crops were suffering,” he said. “The root crops seemed rotten and the size was getting smaller and smaller.”

Those two starchy staples of Tuvaluan cuisine are grown in pits dug underground. This crop failure was the first indication that something was wrong. The culprit was found to be saltwater intrusion linked to sea level rise.

The last 20 years have marked a period of significant change in the Tuvaluan way of life. Thatched roofs and freshwater wells are things of the past. The freshwater lens underneath the island, a layer that floats above denser seawater, has become salty and contaminated. Each home now has a water tank attached to a corrugated iron roof by a gutter. This rainwater is boiled for drinking and also used to wash clothes and dishes and for bathing.

Imported food is now commonplace. During my month in Tuvalu (from December 2014 to January 2015), I learned what climate change tastes like: imported rice, tinned corned beef, a handful of imported carrots and apples, the occasional local papaya, bananas and many creative uses for custard powder.

There is no normal anymore.

“We can try to adapt to climate change, all these changes,” Mr. Katea said, “or migrate.”

Igloolik, a community on a small island of the same name in northern Canada, is about 1,400 miles south of the North Pole. The only way to get in or out is by passenger plane, dog sled, snowmobile or — for a few weeks in summer, when the sea ice melts — boat. Around 1,700 people live there.

Marie Airut, an elder in her 70s , lives by the water. We spoke in her living room over cups of black tea. “My husband died recently,” she told me. But when he was alive, they went hunting together in every season; it was their main source of food.

“I’m not going to tell you what I don’t know. I’m going to tell you only the things that I have seen,” she said. In the 1970s and ’80s, seal holes would open in late June, an ideal time for hunting baby seals. “But now if I try to go out hunting at the end of June, the holes are very big and the ice is really thin,” she explained. “The ice is melting too fast. It doesn’t melt from the top, it melts from the bottom.”

When the water is warmer, the animals change their movement. Igloolik has always been known for its walrus hunting. But, she said, “I don’t think I can reach them anymore, unless you have 70 gallons of gas. They are that far now, because the ice is melting so fast. It used to take us half a day to find walrus in the summer, but now, if I go out with my boys, it would probably take us two days to get some walrus meat for the winter.”

Ms. Airut and her family used to make fermented walrus every year, “but this year I told my sons we’re not going walrus hunting. They are too far,” she said.

“I read my Bible every day, and I know things will change,” she said. “And I believe both of them are happening now, what is written and what I see with my own eyes.”

Francis Piugattuk had worked for 20 years as a wildlife technician at the Igloolik Research Center. When he was a child, polar bear sightings were infrequent.

“Even seeing tracks was an anomaly, a cause for excitement. And if people wanted to harvest polar bears, they would have to go long, long distances,” he said.

Mr. Piugattuk noted that up until 20 years ago, the only animals attracted to caches of walrus meat near town were arctic foxes. Now the community is setting up electric fences and trying to extract the fermenting meat before the polar bears can get to it. The bears are moving closer to human settlements as ice patterns change.

Elders, he told me, were able to live sustainably off the land by selling fox or seal pelts in exchange for rifles, boats and other materials. Today it’s only those in the wage economy who can afford to buy an outboard motor or ammunition.

“The cost of living is so great now that it’s not even viable to try to exist as a hunter,” he explained. “Those of us that do not hunt live on pasta and macaroni, rice, soup.”

Terry Uyarak, a hunter in his early 30s, has deep tan lines around his eyes in the shape of his sunglasses — the sign of a summer spent out on the land.

When he was younger, the ocean would freeze in late September. Now, come Halloween, he can still go boating. In the past, in late October, he would be driving a snowmobile.

Tromso, Norway, is often the last stop for researchers before crossing the Arctic Ocean to Svalbard, the northernmost year-round settlement in the world, home to researchers of many nationalities.

Geir Wing Gabrielsen, a senior research scientist in environmental pollutants at the Norwegian Polar Institute in Tromso, has been researching Arctic animals for nearly four decades. In recent years, his focus has turned to plastic pollution, which, in Arctic waters, has become a symptom of how the warming climate is altering ocean currents and affecting Arctic animals.

Part of the reason there’s so much plastic in the Arctic is that ocean currents are changing because of the warming effect caused by the increased concentration of greenhouse gases in the atmosphere. This, in turn, pushes more plastic contamination and pollutants into the Arctic from points south.

Plastic is now found not only in Arctic surface waters but also on the ocean floor and in sea ice. Dr. Gabrielsen has witnessed other changes in the ecosystem. Fjords that used to be dominated by polar species now have Atlantic species. Species that used to be farther south, like capelin, herring, mackerel and Atlantic cod, are more prominent than polar cod.

When the Atlantic system drifts northward, pollution also enters the food chain. Fish eat the plankton, the seal eats the fish, the polar bear eats the seal and the toxicity accumulates in the body of the apex predator.

I wandered into the First Church of Otago in Dunedin, on New Zealand’s South Island, where I met Malcolm, who worked in a museum in the church devoted to the history of the congregation.

He told me that in 2006, an iceberg from Antarctica floated past Dunedin’s coast. The pieces most likely broke off from an ice shelf in 2000.

“It could be seen by people from Dunedin if they climbed up the hills and looked out to sea,” he said. It was white and bigger than a speck, but far enough off the coast that it didn’t come ashore.

This ice was a whisper from Antarctica — the faraway, suddenly nearby and in motion. Melting.

“Many people chartered airplanes to fly out over it and look at it,” Malcolm said. He pointed to a photograph taken by The Otago Daily Times in which a helicopter, insect-size in comparison, landed on the surface of the ice. “You can see it’s quite a huge thing,” he said.

I met Ren Hu, a Ph.D. student at the University of Wollongong, when I was cycling through Australia, but the story he wanted to share was about his hometown, close to the city of Nanjing in east-central China.

“When I was a kid, about 7 or 8 years old, in my hometown, the snow in winter could be very thick,” he told me, “and everyone made a very big snowman.” The memory of those winters made him smile.

But a few months earlier, he had returned to his hometown in the winter. Now the snowflakes fall less frequently and often melt without accumulating. Mr. Ren thinks of snow “like an endangered animal, because it’s very rare in my hometown,” he said. “My memories became a fairy tale.”

Devi Lockwood (@devi_lockwood) is an editor at the digital news site Rest of World and the author of the forthcoming book “1,001 Voices on Climate Change.” 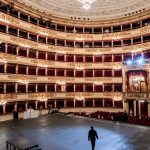 How Operas Are Going Green