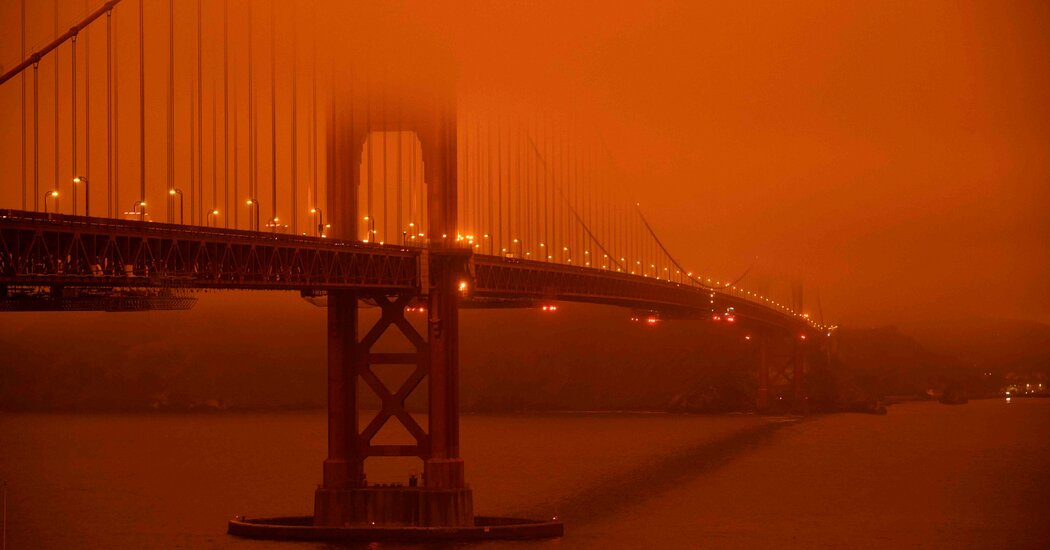 These fires now affect tens of millions of Californians, including those of us who live far from the wildland-urban interface where some of the state’s largest blazes have begun. The Camp Fire, which killed 85 people and destroyed the town of Paradise, Calif., flared up in November 2018 — November, when rain boots and umbrellas would normally be permanent fixtures in many California entryways. The Camp Fire was so big, you could see the smoke from space. It spread throughout the state, including to San Francisco, 175 miles away, where it found a comfortable home above the San Francisco Bay and decided to just hang out for a while.

The city recorded some of its worst air quality ever, and relief was scarce. Public libraries, equipped with the air conditioning that many San Francisco homes lack, filled with people seeking a breathable place to work or study. Our chests hurt from the smoke. Schools closed because their HVAC systems could not provide children with clean air. Discouraged from outdoor exercise, we turned to YouTube for fitness inspiration.

When the Camp Fire began, I bought an air purifier and had it shipped to my then-office, an old warehouse building with giant windows that never closed completely and, critically, no air conditioning. When the device arrived, I immediately unpacked it and plugged it in at my desk, hoping somewhat futilely that it would provide some relief. Several co-workers swarmed in awe and envy, eager to inhale. I might as well have been offering free cookies or Bitcoins.

This is what it’s like to live in California now. The air purifier, a shiny black thing that looks like a giant iPod shuffle and is not exactly my preferred interior design aesthetic, lives in my dining room, a beacon of our circumstances. I was lucky to get it: Every time there’s a wildfire dozens or hundreds of miles away, the local hardware stores run out of purifiers.

I’ve lived in the Bay Area for nearly 30 years, but only since 2017 can I remember experiencing periodic episodes of bad air quality. When there’s a fire, we see it in the haze over the bay and smell it in the air. Smoke can obscure houses a few blocks away. Locals debate which smartphone apps deliver the most reliable air quality data. We keep the windows shut and move the air purifier from room to room. When the smoke clears, we wipe ash from our cars. We use scarce water resources to hose down plants because their climate-improving photosynthesis is impaired by climate-caused dust.